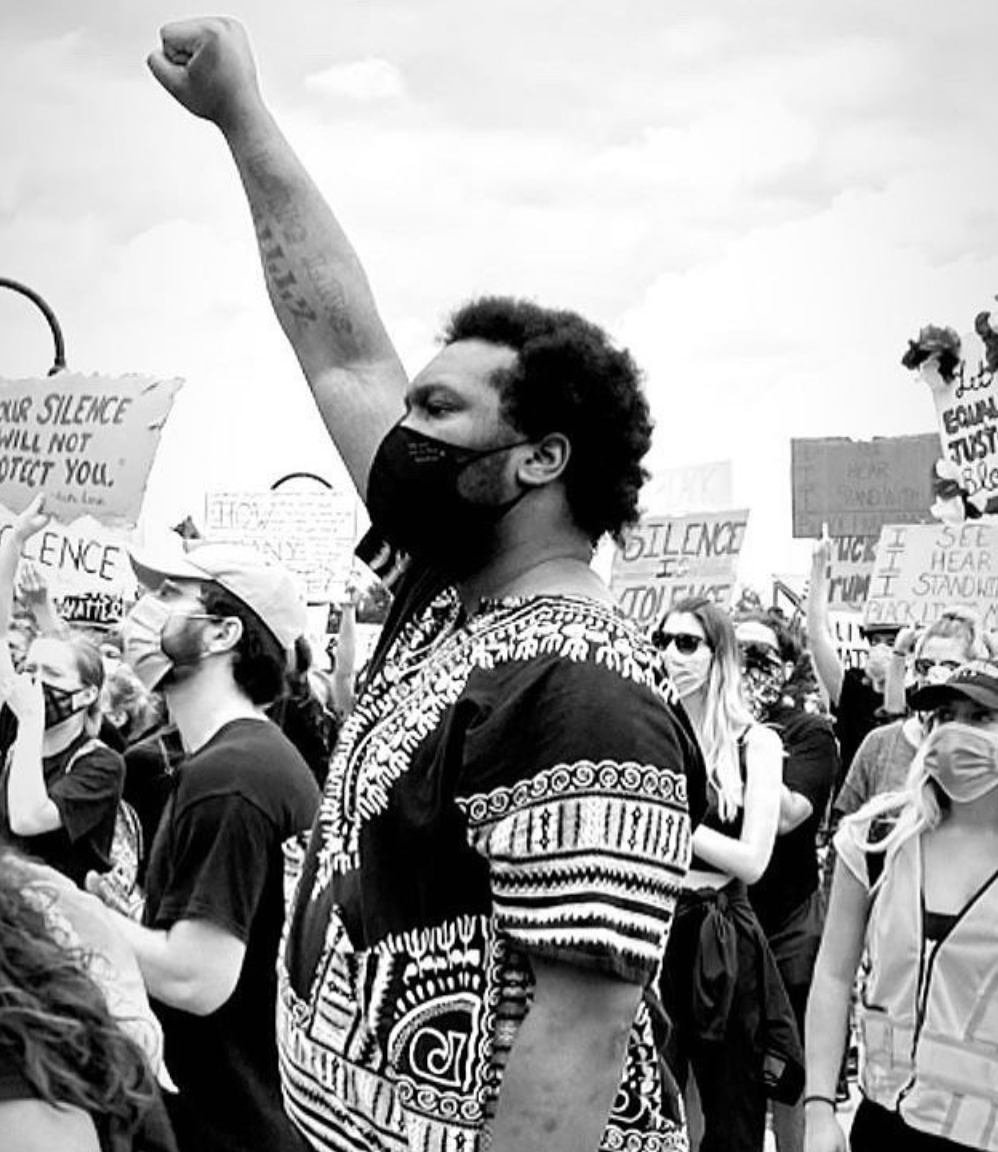 I first heard about Nevin Perkins, a Jersey City activist and founder of Black Men United, after an incident which was caught on tape that involved six officers responding to a street fight on Bostwick ave. The officers tried to disperse the people gathered in the streets and then someone had reached for an officer’s weapon prompting the cops to use excessive force. There’s been a lot of inconsistent info in the media  as well as varying views on what actually happened that day from city officials.

Nevin Perkins organized a rally after the incident to raise awareness, to demand the city release the body camera footage and fire or suspend the officers who used force. Little did he know that within a few short weeks he would become at the forefront of fighting social justice in Jersey City.

“On May 25, Minneapolis police officers arrested George Floyd, a 46-year-old black man, after a convenience store employee called 911 and told the police that Mr. Floyd had bought cigarettes with a counterfeit $20 bill. Seventeen minutes after the first squad car arrived at the scene, Mr. Floyd was unconscious and pinned beneath three police officers, showing no signs of life.”

Floyd’s death unleashed the most explosive trials of American racism in modern times. Violence against Black people is familiar, you know their names. Trayvon Martin; Tamir Rice; Michael Brown; Philando Castile; Sandra Bland; and Eric Garner the list goes on. Within 24 hours of Floyd’s death protests started forming across the country. People have had fucking enough. Every state had a protest, from hundreds to hundreds of thousands. 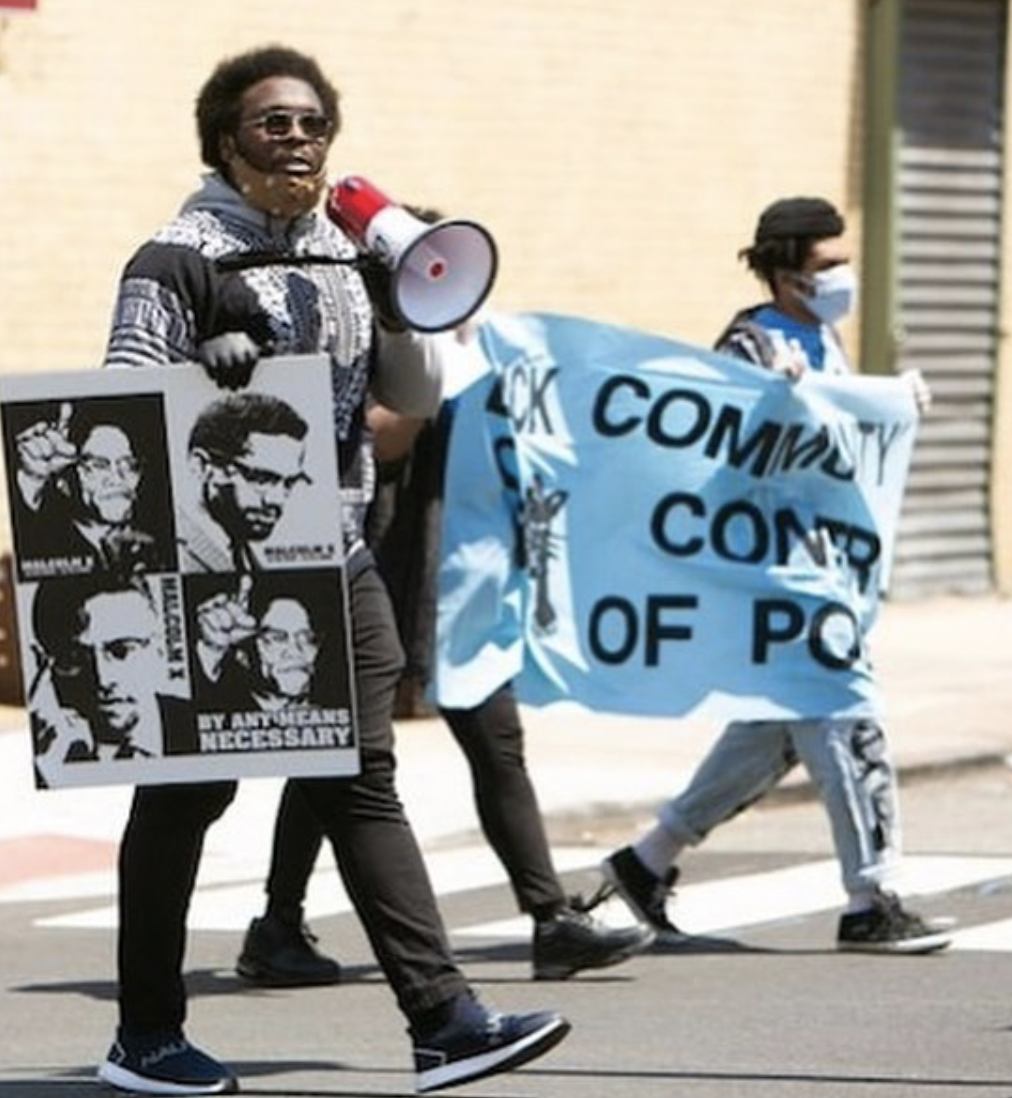 And here in Jersey City, emerged at the forefront a few local groups who’ve been on the ground organizing all our protests; The Jersey City Anti Violence Coalition led by Pamela Johnson, The Black Diaspora a local youth group and Community organization Black Men United.

I attended their protest on June 1st that started in Berry Lane Park where organizers and speakers spoke to the crowd. Nevin went on a makeshift podium and grabbed the megaphone to speak “Let me greet y’all, friends comrades, brothers and enemies. This is our city. We are not looking to burn bridges we are looking to build them. If the goal here is to disturb the peace you can leave right now…”

Everyone cheered and then we took a moment of silence for George Floyd and all the lives lost to police brutality and systemic racism.

And we marched to the Greenville Police Precinct.

It was incredible, powerful, gut wrenching. As a white privileged person it helped deepen my understanding of racial injustices. I always considered myself an ally but at that moment I realized not being racist wasn’t enough, I needed to be anti-racist. Actively anti-racist. I needed to do more. I needed to educate myself more, read about systemic oppression, about the history of this country. This was not a Black problem, this was a humanity problem. My problem. 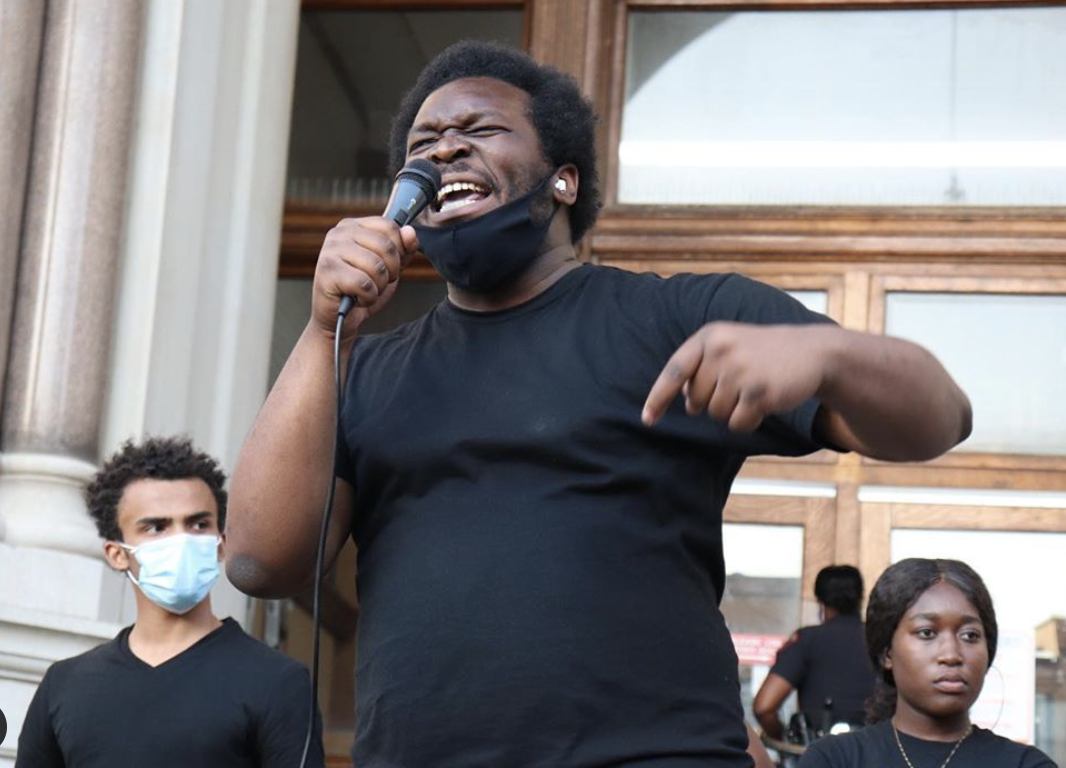 We’ve since been trying our best to use this platform to amplify Black voices, promote Black-owned business and provide resources and education on anti-racism work. We’ve made mistakes for sure, and are still learning. Part of this process is listening and unpacking uncomfortable emotions.

I asked Nevin if he would meet with me for an interview to tell me his story. We met in Lincoln Park and as I sat there listening to him speak, I remember thinking to myself; Could I be looking at the Jersey City Malcolm X?