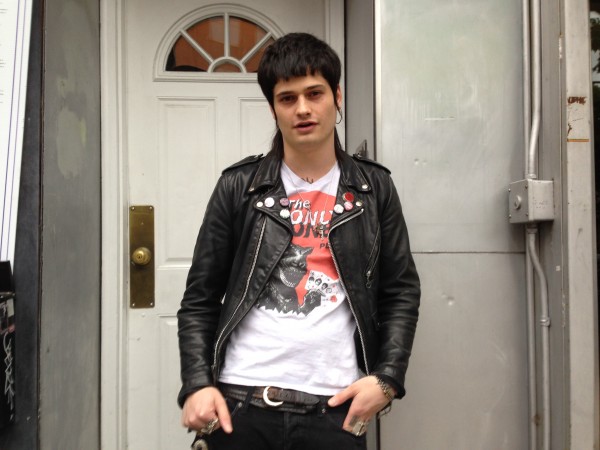 When I launched CHICpeaJC I knew I wanted someone edgy with a rock n roll “I don’t give a f-k” attitude to be one of my stylish peeps…. Then I found Dave, on Facebook out of all places. I decided to reach out to him, thinking there was no way in hell he would want to even entertain the idea of being on an unknown “fashion/jc” blog.  To my surprise, he said “sure thing” ! Rock n Roll!! (yes I am a dork)

I met Dave around around Downtown Jersey City: Now here is the thing, which he will probably kill me for saying this but he is a really sweet, polite and super chill/mellow dude! 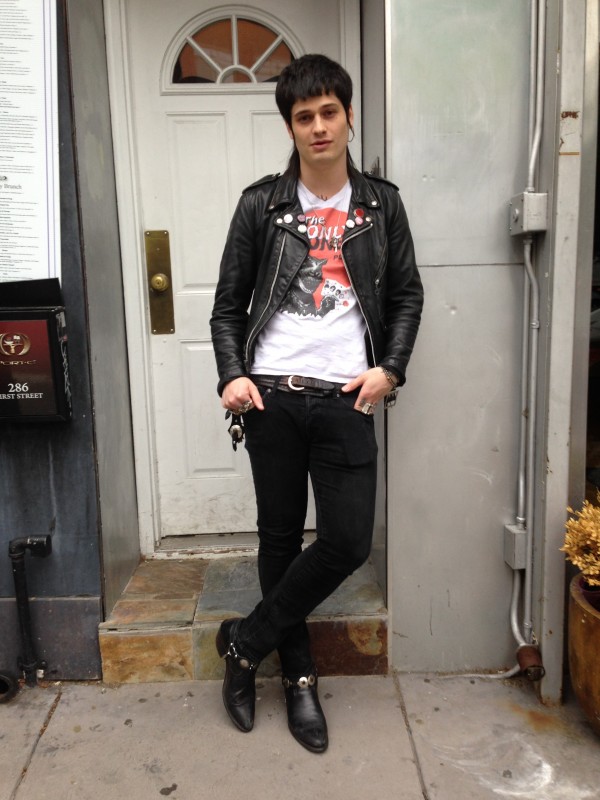 What do you do for a living? “I work a bunch of different odd jobs… I work at a store called The Cast on Orchard Street once a week. I also work at Balance hair salon on Erie street a few times a week…. I also work at Sony in midtown which used to be full time but now I come and go as I please now. I DJ over at Lucky’s a few times a month”

So you are a jack of all trades? “Yeah well most importantly I am frontman of a band WYLDLIFE”

What are you wearing? “I am wearing a 20 dollar pair of jeans from H&M, the boots are from a place called BootAmerica, the boot buckle I got from the Cast. The T-shirt is The Only One’s shirt, My buddy Adam Turkel made it. The Jacket is a Schott Perfecto original leather jacket from the 70’s” 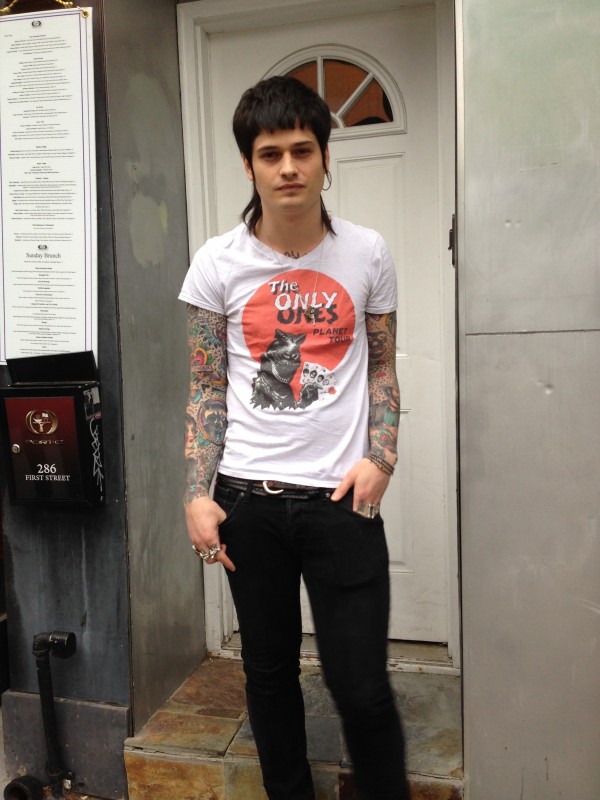 What are you listening to now? I just had The Replacements on…I listen to a lot of 70’s punk, ACDC, Thin Lizzy and stuff like that… a lot of DirtNap records stuff from today.

So safe to say you aren’t coming with me to my hip hop class? Haha no I am a product of Rock n Roll….

What is your favorite Jersey City hangout spot? Haha, my bedroom? I like Lucky’s on a Wednesday night when either Chuck or Pat are Dj’ing or me. I like Marco’s and Pepe’s brunch….. I keep to myself a lot now a days or I go skateboarding by 8th and Brunswick. 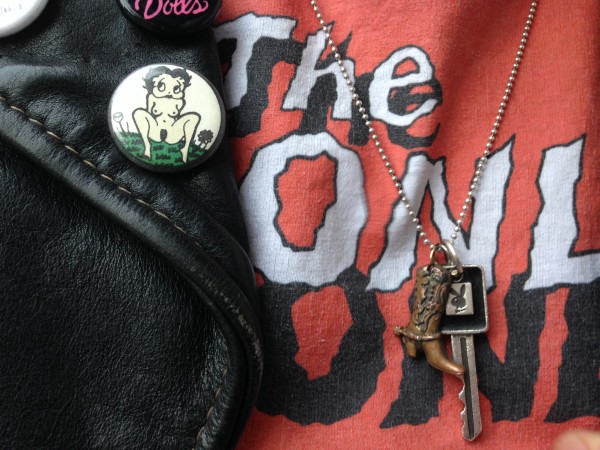 How long have you been living in Jersey City? I moved here June 2007 so just about 7 years now…. I hope I can keep living here for the next couple of years.

What’s a fun fact about you? It’s better to get a fun fact about me from someone else and I can verify if it’s true…. I am currently in the market to get one gold front tooth. If anybody out there, knows where to get one in Jersey City or New York let me know..

You should ask a rapper…. “Yeah I don’t really know any rappers, you teach the hip hop class so…. if anybody knows anyone let me know” 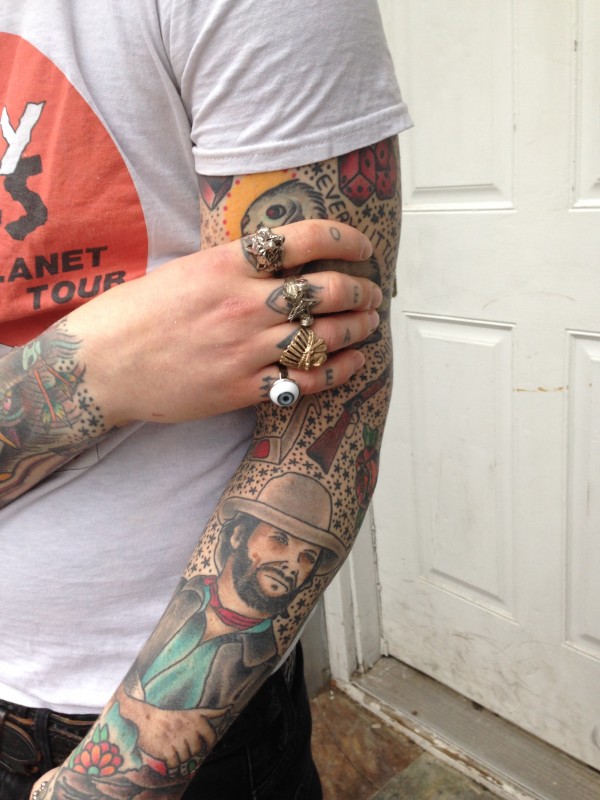