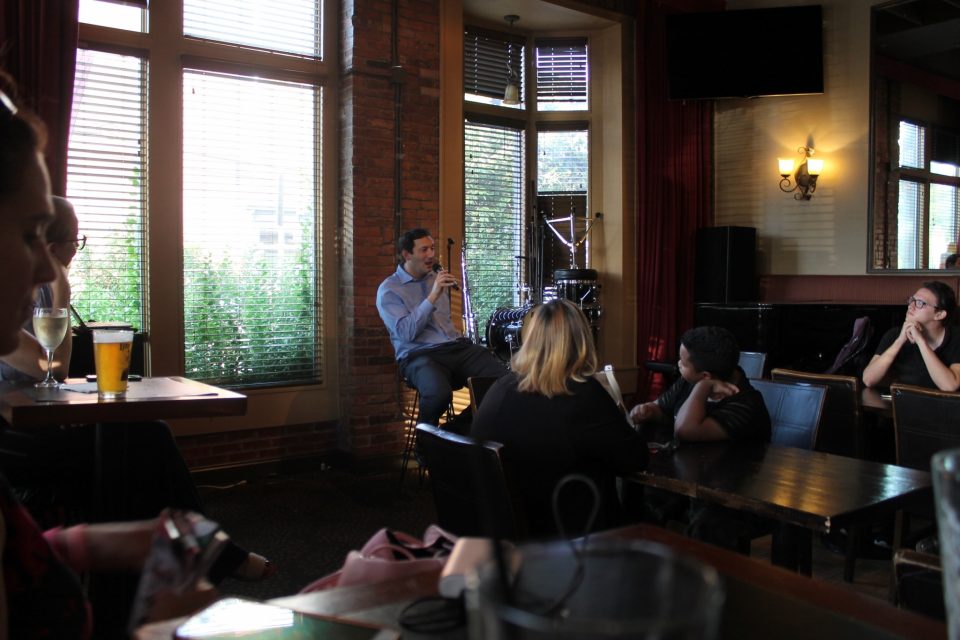 On August 30th at The Brightside Tavern, String Theory Schools and Education hosted an information session for parents in the area interested in the charter school that will be coming to Jersey City in 2018. It was a great turnout – 70 people RSVP’d and made it to the session! 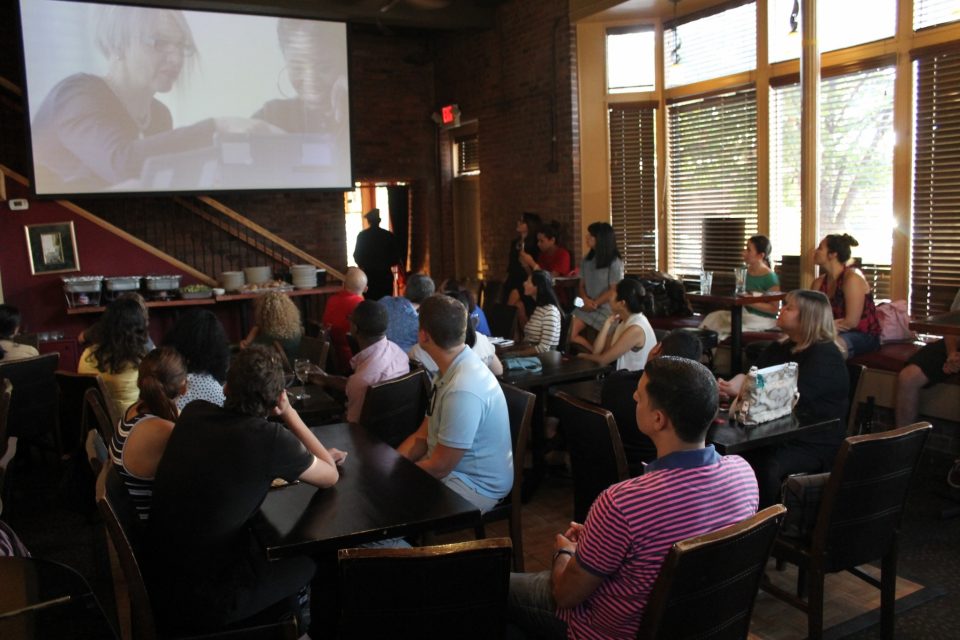 The String Theory staff took the time to talk to parents as they walked in, and tried to get a sense of what everyone wanted to know and what each family could benefit from String Theory Schools. Many parents even shared contact information before and during the session to keep up with String Theory! 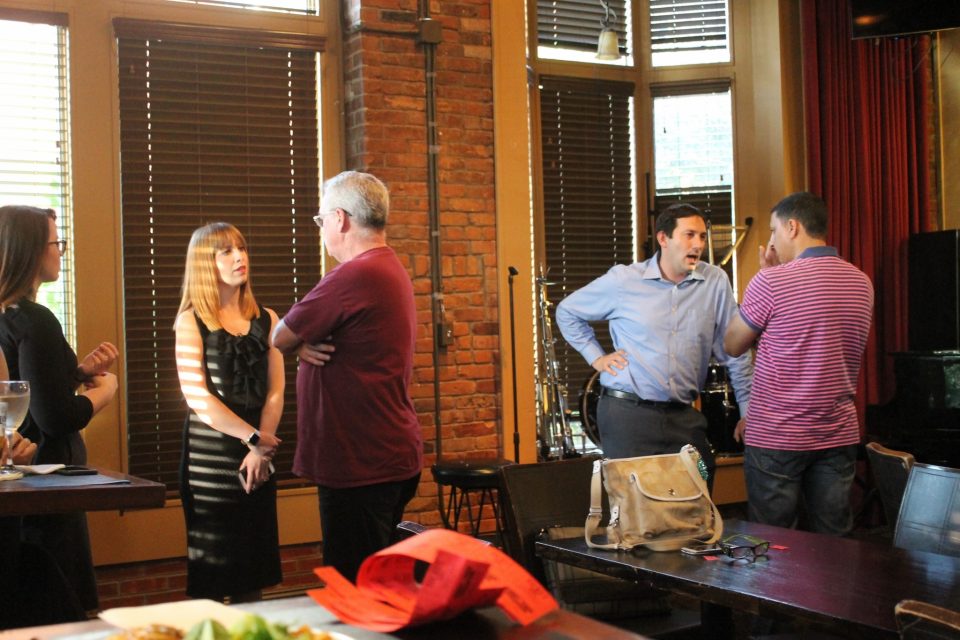 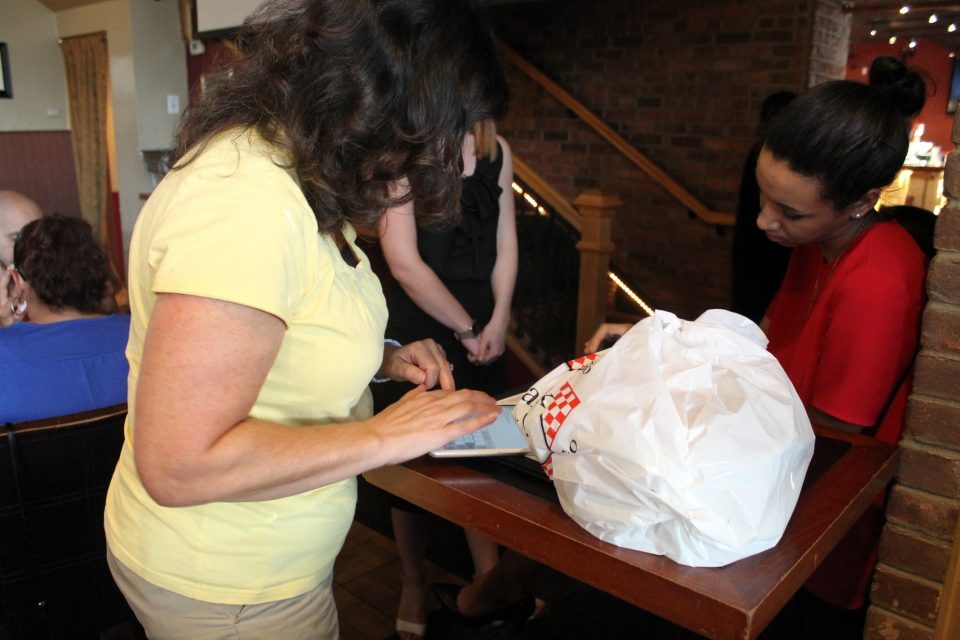 Parents (and some even brought their kids to join in on the fun) gathered in the dining room to hear Jason Corosanite, CEO of String Theory Education, introduce them to their school system and the mission behind String Theory. Two brief informational videos were then played, each one showing students of String Theory Schools in Philadelphia talking about their experiences. 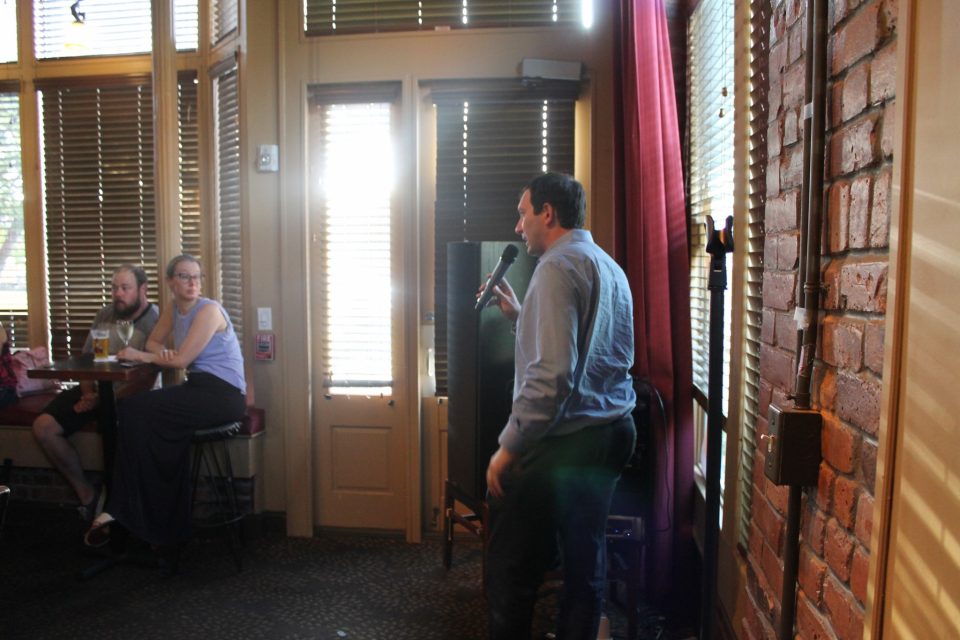 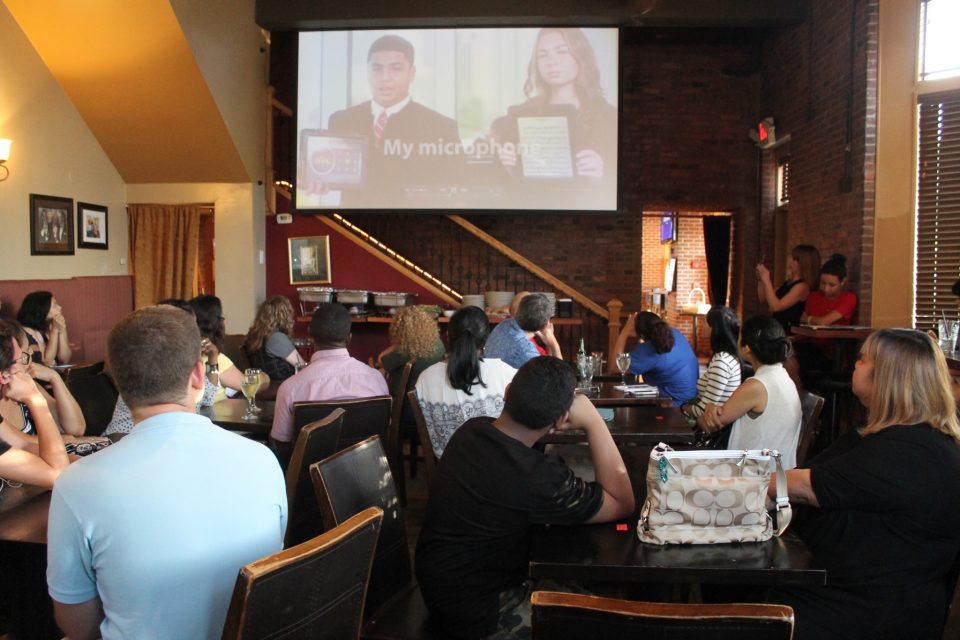 Food was served (yum!) before the Q&A began. People chatted and shared their thoughts on the String Theory education system so far. It seemed to be a big hit! 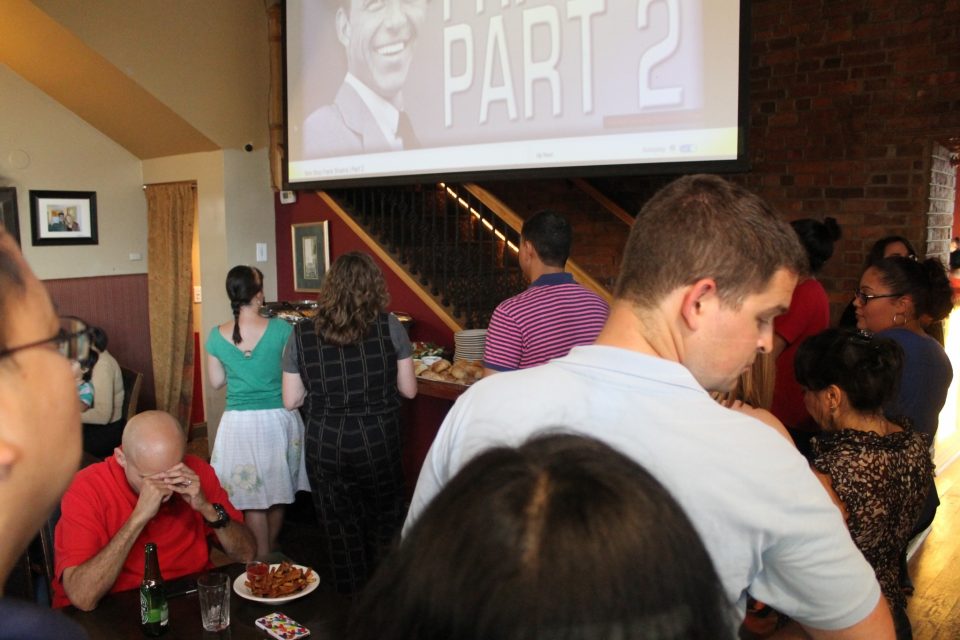 I was happy to see parents really get involved with the information session and ask as many questions as possible – How many students will be taken in when the school opens? Will kids transition well, based on the schools they’re starting out with in Jersey City? What’s the workload for students? Is dual-enrollment or are college courses offered? 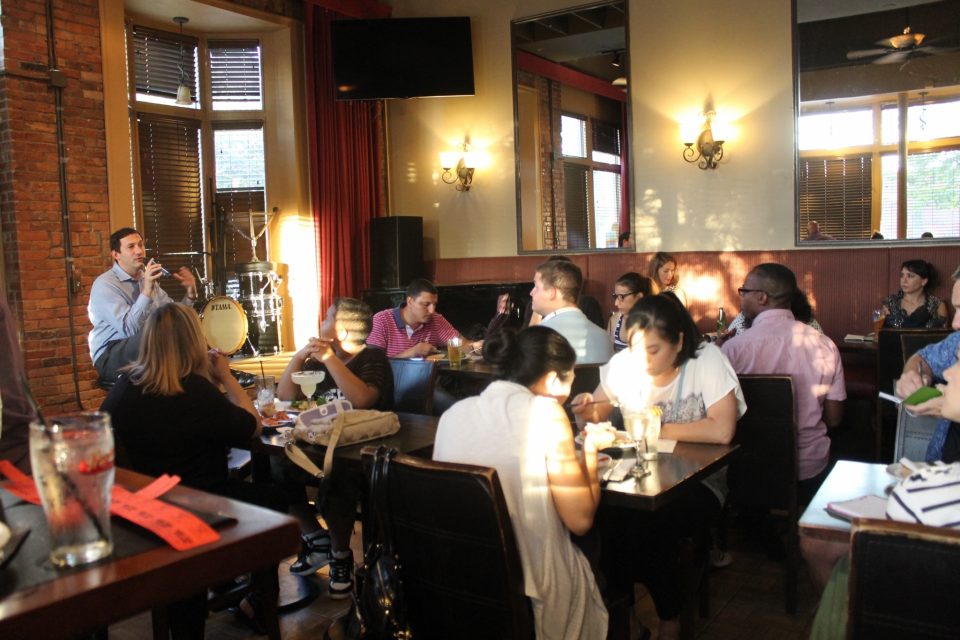 It was awesome to hear that people read our interview with Jason Corosanite, since it really gave them a detailed, general version of what they heard last night.

As a parent, I want to send my daughter to a school we’ll both love, and String Theory seems like a perfect fit. A school focused on S.T.E.M and offering different opportunities for kids at a young age is something I’m sure every parent would love. 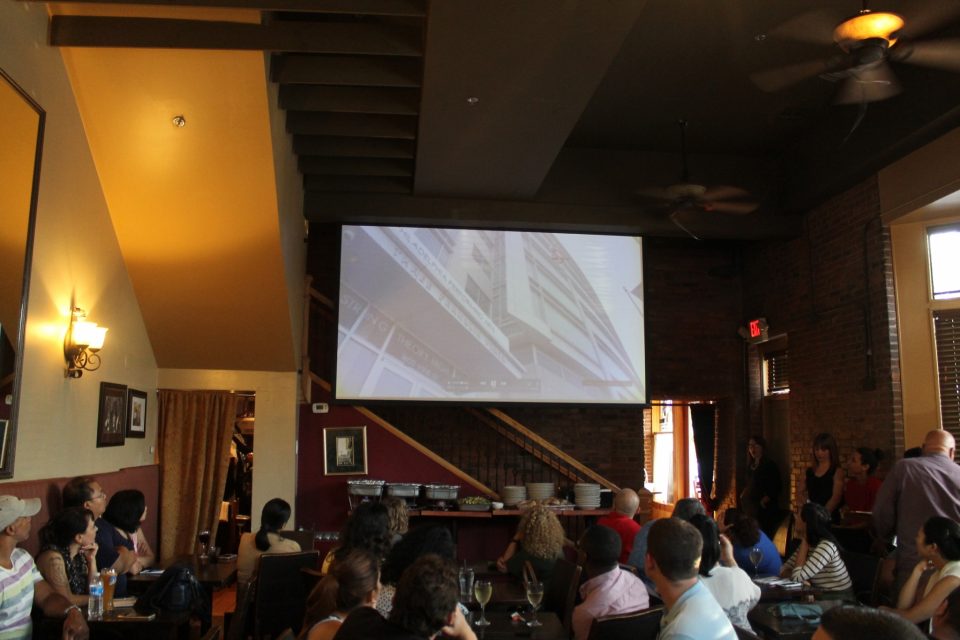 Missed it? Don’t worry, there’s another one on September 13th – same time, same place! RSVP now on stringtheoryjc2.eventbrite.com and learn more about the charter school that could be the new educational center for your children!

Keep up with String Theory Schools and Education for more information and to hear about any future sessions that come to the area.