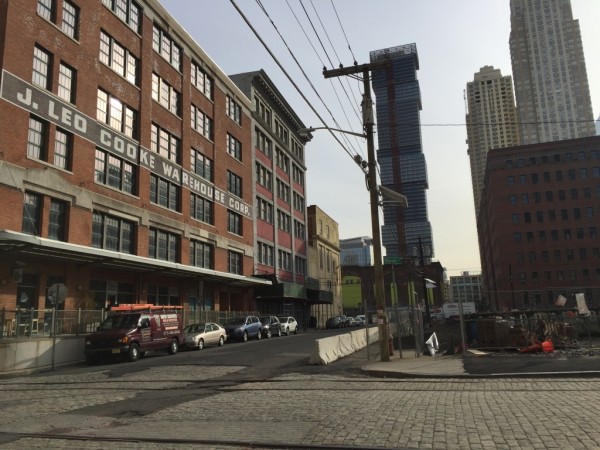 The Powerhouse Arts District (or “PAD”) is one of the smallest neighborhoods in Jersey City, but it packs a helluva punch. Primarily comprised of manufacturing buildings erected in the 1800s, turned into artist live/work spaces in the later 1990s and early 2000s (and living among the new high rises dotting Jersey City’s new skyline), the PAD is where you can live out all your Big loft-living fantasies.

I sat down with Kathryn Moore, an appointed voice for the Powerhouse Arts District Neighborhood Association (PADNA) and lover of roomy spaces (she’s married to a very tall man). They came to the PAD in 2005 while looking for a space that didn’t make them feel cramped. The day she and her husband came to see their future home, the headlights were stolen out of their car in broad daylight. “We’ve parked in the parking garage ever since,” she says. 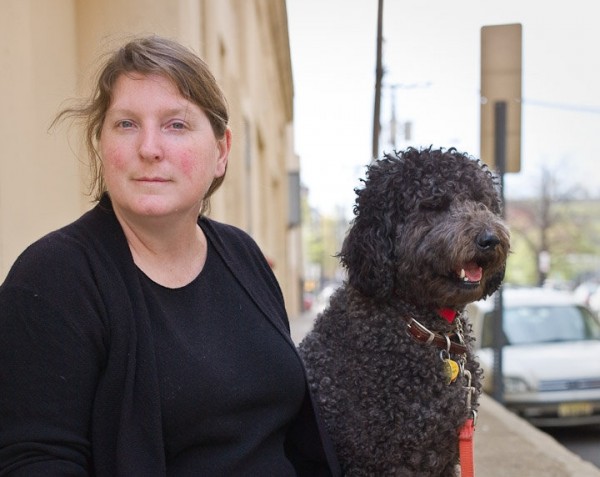 She remembers when the neighborhood was filled with the scent of toasted bread and hummed from the sound of burning ovens from Sunday to Friday afternoons at the A&P Bakery warehouse. She has watched the landscape change over the years (sometimes overnight) and explains, “This neighborhood is really a story of before and after.” 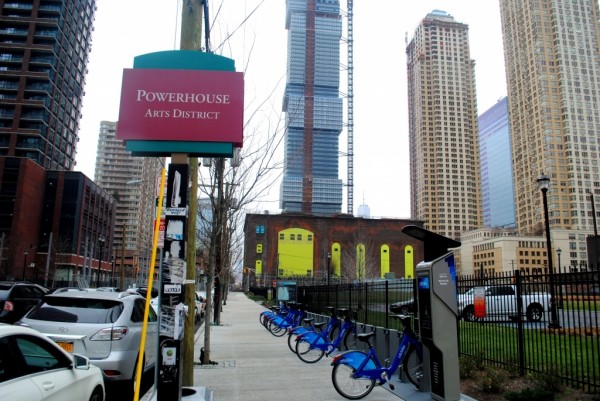 Where is the PAD?

An 11 (or so) block neighborhood with The Waterfront / Second Street to the north, Exchange Place / Washington Street to the east, Paulus Hook / Steuben Street to the south and Downtown Jersey City / Marin Blvd. to the west.

BUT! This could be expanding… stay tuned. 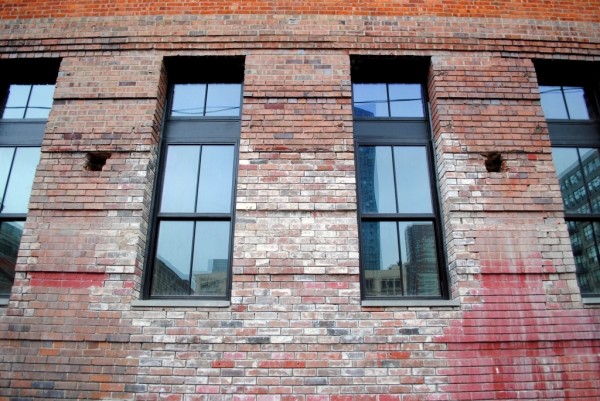 From post-Civil War to the Great Depression, some of the country’s biggest companies were based out of the Powerhouse Arts District. The majority of them were food related but are now gone, one of the most recent being Manischewitz Kosher Foods at the corner of Bay & Provost streets.

The Lorillard Complex was built in 1866 and housed several companies over its 141 years until it was demolished in 2007. The Continental Screw (famous for their “wood” screws, not actually made of wood but actually of iron to use in cabinet work) and American Screw Companies took up residence as well as The Lorillard lumber yard and box factory.

But the building’s biggest business was the Lorillard Tobacco Cigar & Snuff Company who moved in in the early 1870s. The company’s founder Pierre Lorillard started making snuff in the Bronx in 1760 but by the time the company came to Jersey City, it was the nation’s largest manufacturer of tobacco. By 1883, the company reported sales of over $10 million. 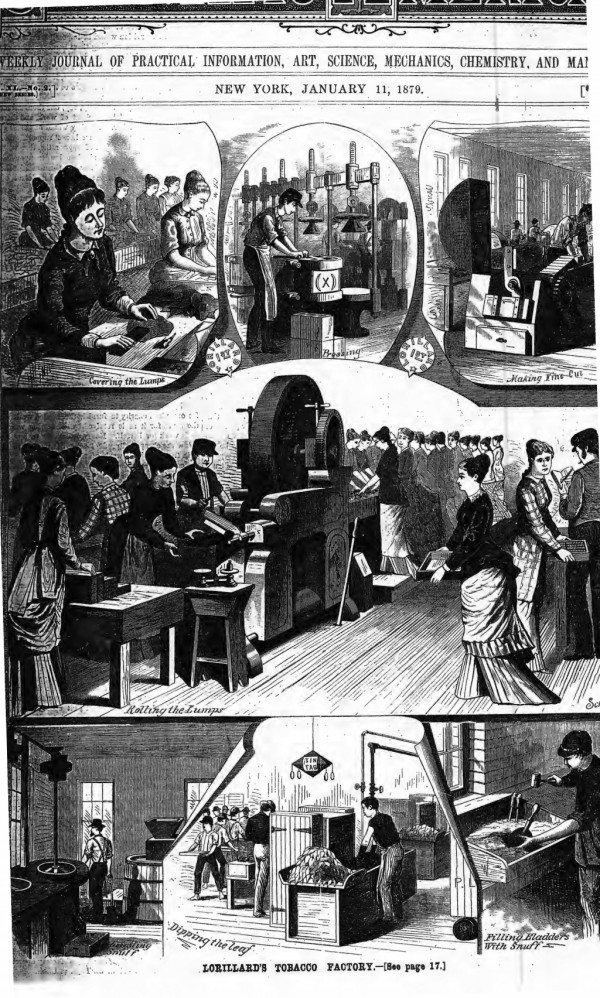 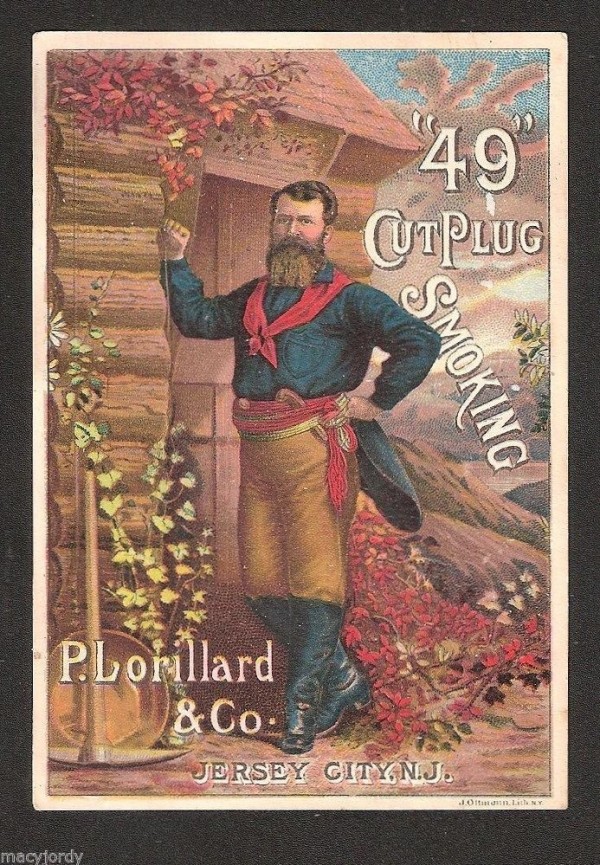 321 Washington Street (at the corner of Morgan street) housed The Riegel Sack Company, a cloth bag producer, in 1900. 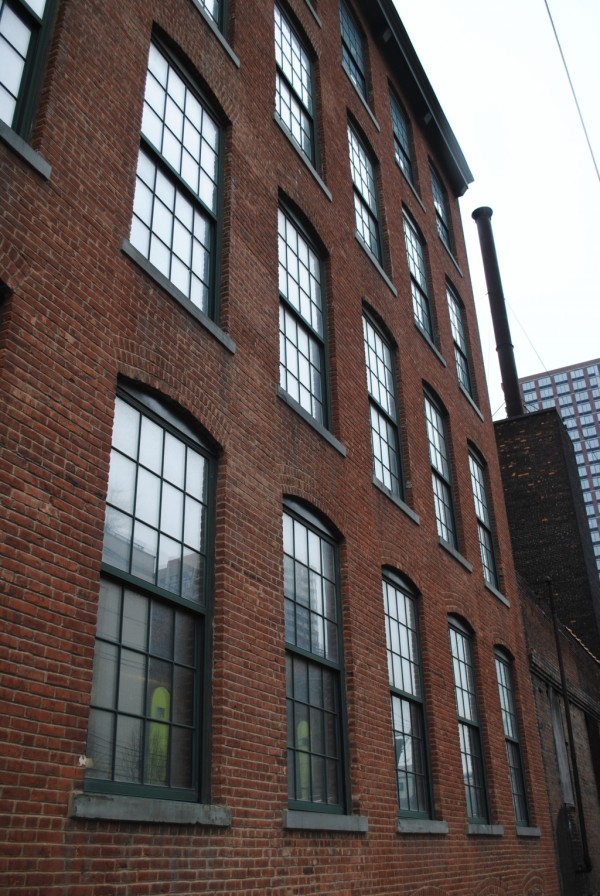 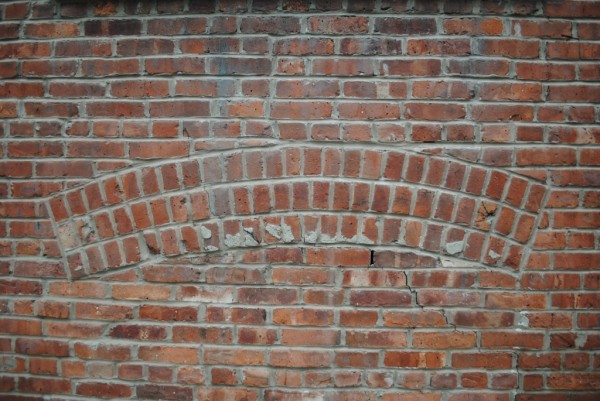 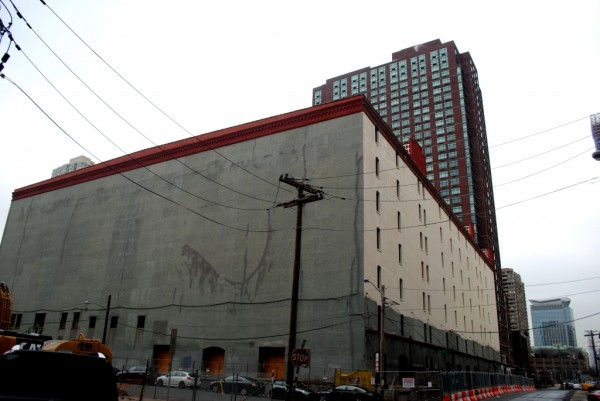 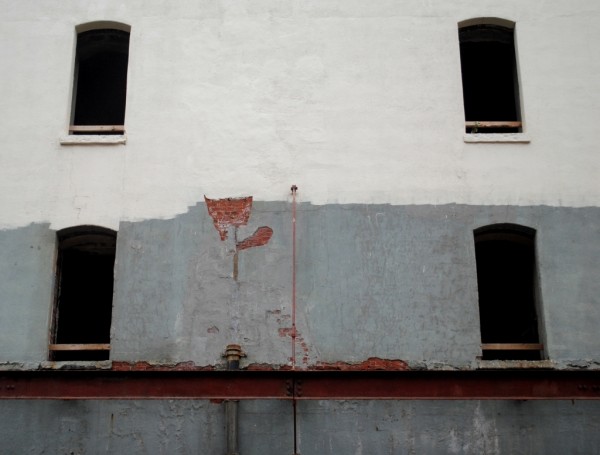 A&P headquartered the company at 150 Bay but its auxiliary warehouse and bakery production happened at 124-134 Bay Street, a building constructed in 1915 and currently home to Acadia Scenic, a set production company. 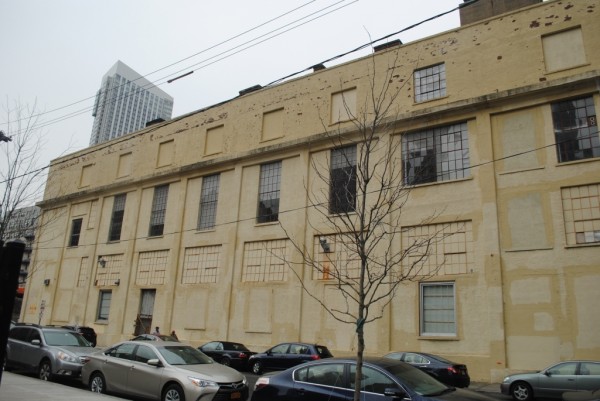 Juan Ribon Machine Shop, “One of the original machine shops that would repair the trains for the area with the shipping industry,” Kathryn explained, was housed at 144 First Street. The south section was built in 1873 and the north section was expanded in 1887. The company continued as Ribon and March Machinery & Copper Works until 1894. This building was torn down just days after I took these photos. 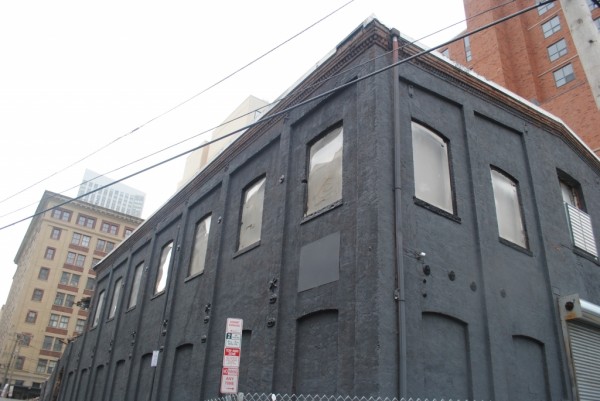 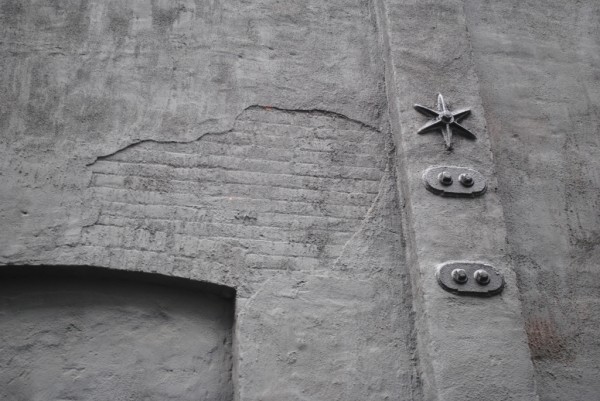 The Butler Brothers warehouse was built between 1904-1905 at 335-341 Washington Street by renowned Chicago architect Jarvis Hunt. Fun Fact about Jarvis: architecture apparently ran in the family; his brother designed the base of the Statue of Liberty. The building was used as manufacturing and storage for one of the first five and dime warehouses in the country. The original windows were short and placed high up within the interior walls to accommodate the shelving needed for all its product.

The group renovating the apartments today into the Modera Lofts brought in masons to take each window apart, brick by brick, and re-frame for longer windows. Kathryn explained that their renovations have “Really kept the integrity of the building. It’s become a passion for them.” 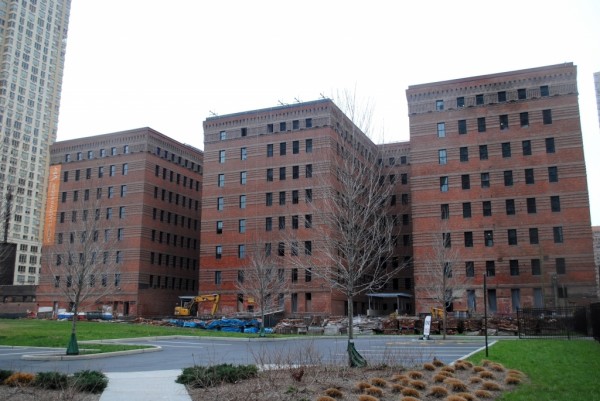 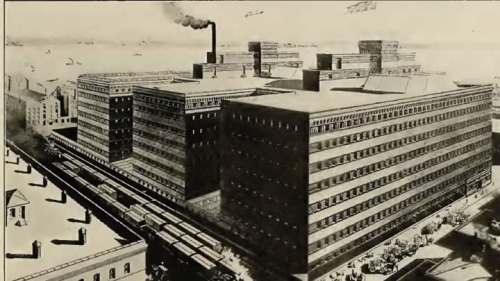 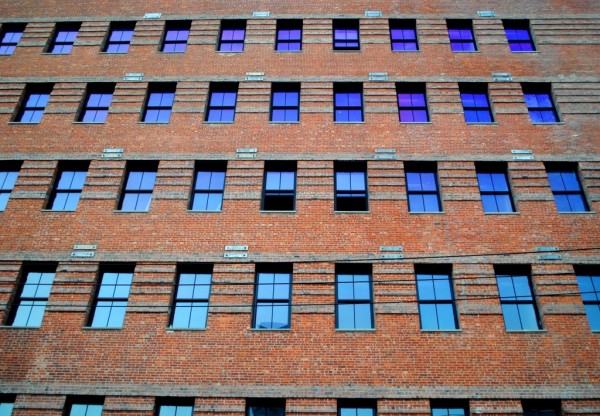 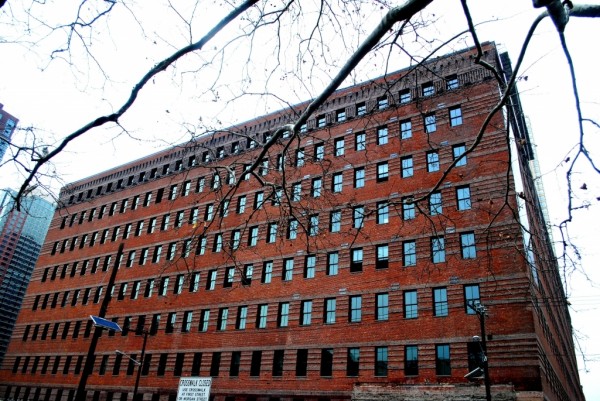 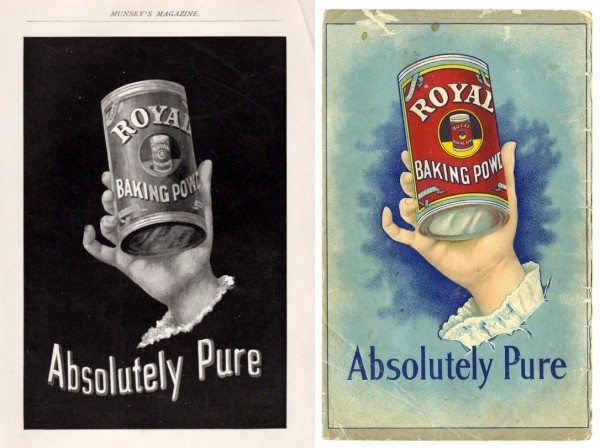 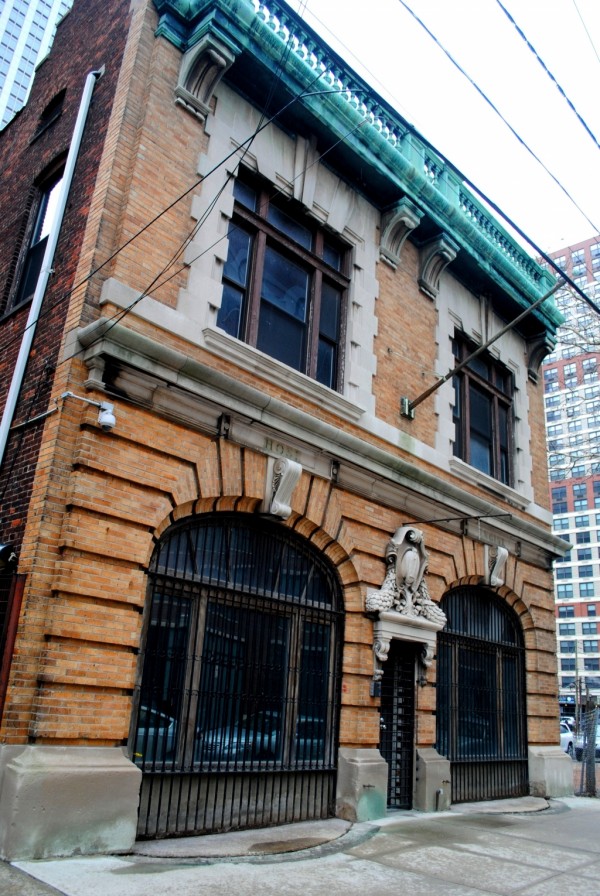 Fire Engine No. 1 was built in the early 1900s and was one of the first firehouses in Jersey City but in 1996, Queen Latifah bought it for her TV and movie production company; Flavor Unit Entertainment. It was recently sold to a Chinese recycling company who is currently renovating it.

By the late 1990s, the majority of factories had moved out and left stagnant warehouses or total dormancy in its place. “This was the neighborhood where people came to throw rocks through windows, smoke cigarettes and burn cars,” Kathryn said.

It was in the 1990s that the city coined the neighborhood “WALDO,” the ‘work and live district overlay’ and artists took notice. In 2002, Jersey City approved the zoning that would allow the former warehouses to become artist live/work spaces and the Powerhouse Arts District was born.

THE POWERHOUSE
80 BAY STREET
Originally built between 1906-1908 to power the coal-fueled Hudson & Manhattan railroad, the Powerhouse was used until 1929 when it was turned into storage for railroad equipment. Today it powers the PATH train via the electrical transformers out back. Despite its 28-inch thick walls, the building, as you can see, is crumbling. It was cited by Preservation New Jersey as one of the state’s ten most endangered historic sites in the 1990s and officially added to the National Register of Historic Places in 2001. 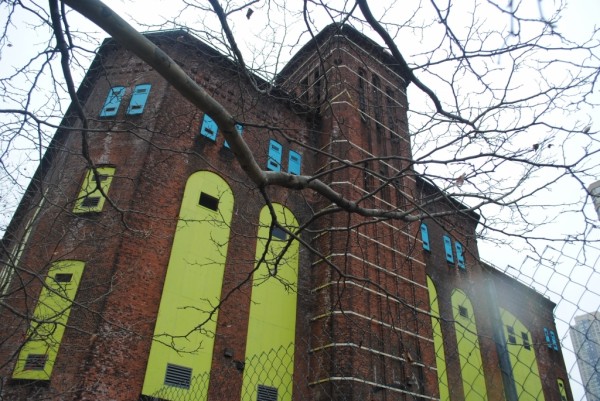 In 2011, Jersey City and the Port Authority agreed on a trade of sorts; the city will offer up the adjacent triangular-shaped piece of land across the street for the transformers in exchange for the Powerhouse building. The city will then renovate it for commercial purposes (TBD on specifically what and when that will be). In the meantime, “The city is just trying to keep the building from falling apart,” said Kathryn. 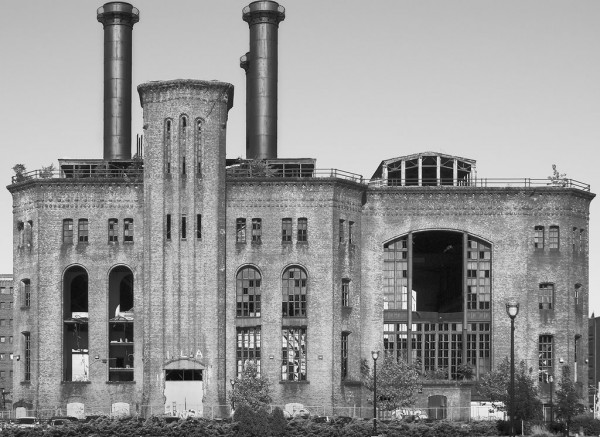 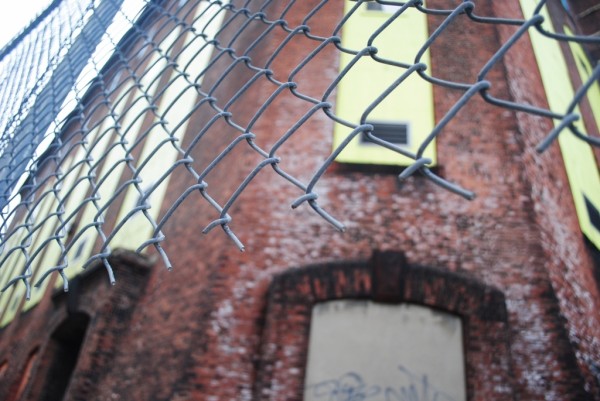 Built in 1913 for the Eckerson Company; a margarine (or ‘butterine,’ another name for margarine in the mid 8100s) manufacturer. It was converted into lofts in the early 2000s but had a rough pre-renovation period. “It was pretty crappy,” said Kathryn, “Really rough looking.” 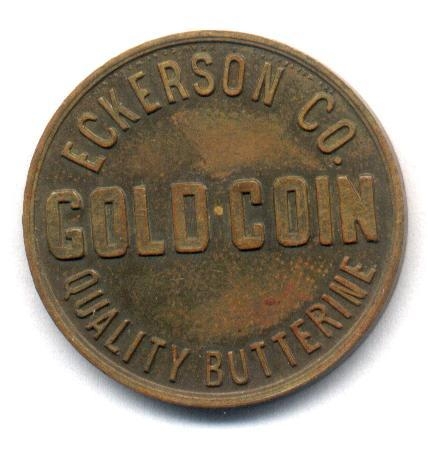 GREAT ATLANTIC & PACIFIC TEA COMPANY / A&P BUILDING
150 BAY STREET
Built in stages between 1907 and 1915 for A&P headquarters (first known as the Atlantic and Pacific Tea Company). The grocer, which eventually became one of the biggest in the country, originally began as a tea and coffee distributor. 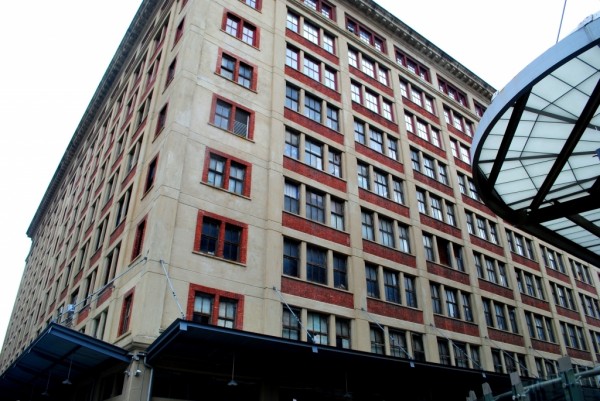 COBBLESTONE STREET
Provost Street
One of just a few preserved blocks left in Jersey City, this is actually Belgian block, not cobblestone. “Cobblestones are the rounded bricks, Belgian block is flat,” Kathryn taught me. 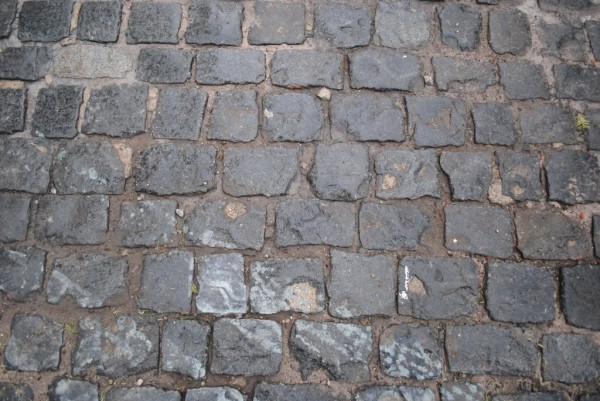 The Jersey City Landmarks Conservancy landed a promise from the mayor in 2001 that all remaining ‘cobblestone’ streets in Jersey City would stay intact. Despite that, part of Provost street was paved over in 2003 but some of its original blocks remain and the Conservancy has a new promise that the paved-over parts will be restored. Go over and revere their beauty. Think of all the things those stones have seen! 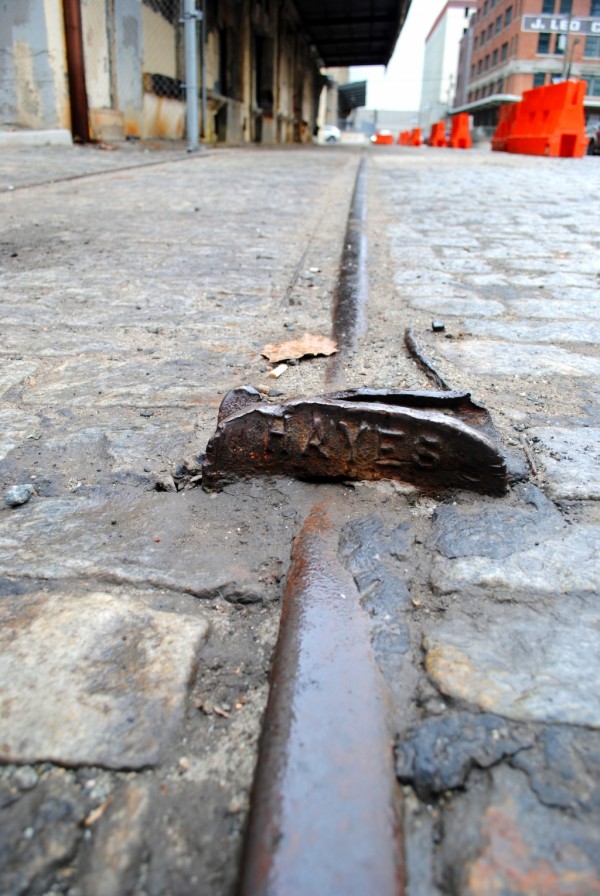 POWERHOUSE ARTS DISTRICT FUN FACT:
At the very end of Sid and Nancy (the 1986 biopic), Sid is walking around an apocalyptic shoreline with Manhattan as it’s backdrop… they filmed that in the PAD! Look for the powerhouse in the background: [youtube https://www.youtube.com/watch?v=72h3tA4DzwA&w=420&h=315]

ARCHITECTURAL DETAILS OF THE NEIGHBORHOOD:

This is a neighborhood that was clearly built out of utilitarian use but if you look closely, you’ll catch some ornamentation repeated among many residences on neighboring streets. 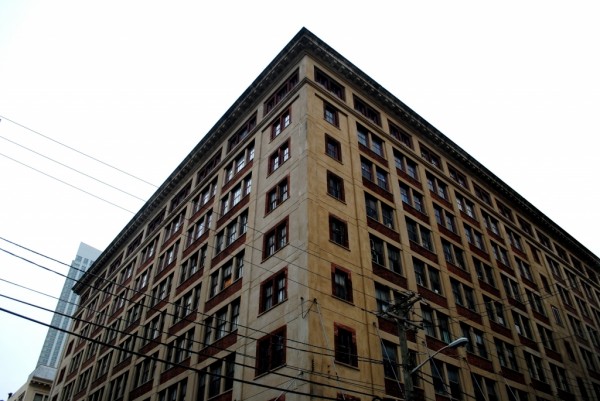 Kathryn said that many of the warehouses had elevated walkways connecting each of them together but they have been long since removed.

The neighborhood association and conservancy actively fight to keep the original structures safe but years of missed deadlines, clerical errors, and disputes among  local level versus national level landmark status has resulted in the loss of a few treasures. Many of the buildings that have been converted into livable spaces lost their landmark eligibility simple because of the interior upgrading.

PADNA was created in 2006 by “A few of us that thought it was important to create a sense of community,” said Kathryn.

The neighborhood association has gone through a bit of a dormant phase over the last few years, but it is relaunching in the next few months, electing a new board and setting out on an agenda to form a 501c3, get at least one sidewalk on each street and extend the neighborhood borders.

“We’re in a large transition,” said Kathryn. “The original neighborhood association was based on the lines of the redevelopment plan, but since 2006 the neighborhood has grown and the original boundaries don’t reflect that growth. We’d like to include all the property towards the waterfront, with the powerhouse at the center of the neighborhood, from Second Street to Christopher Columbus to the waterfront” (with Marin remaining as the west border). 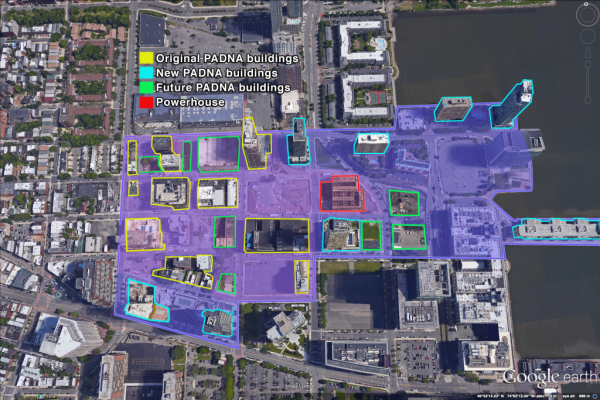 “We already had a reputation for fighting the developers and the idea that the neighborhood needs to ‘move on,’ said Kathryn. “But we’re embracing the change and just want to make sure that everyone in the neighborhood has some representation and a place to talk. There are so many new people coming in and they don’t know the history of the neighborhood, so we’re hoping to make everything more cohesive and that together, we can put together a community.”

“The neighborhood is still growing, and we’re just trying to keep up with it! We work closely with the other neighborhood associations and think it’s important to be a part of the city’s future,” said Kathryn. 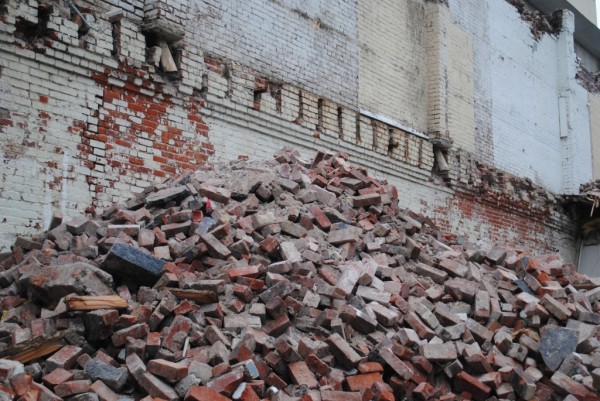 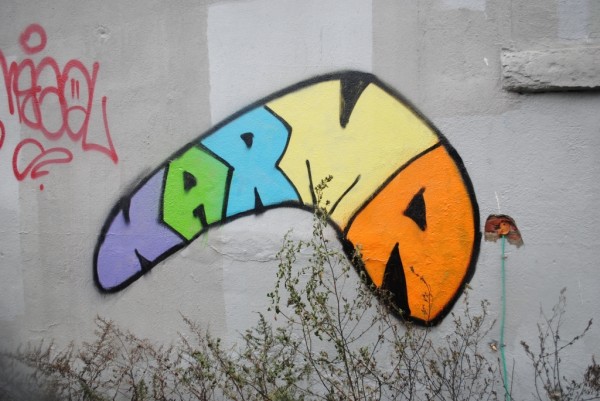 Below is a gallery of photos from and around the Powerhouse Arts District: