If you’ve checked the weather forecast recently you’ve probably seen snow, cold, and more cold. The holidays are over and unless you’re going on vacation, there’s no warm weather in sight. While that’s the norm for the dead of winter, we’ve got something to heat you up and that’s Babes of JC! As usual, once a month we round up the hottest people Jersey City has to offer, so keep reading and get to know our babes of Jersey City for January. 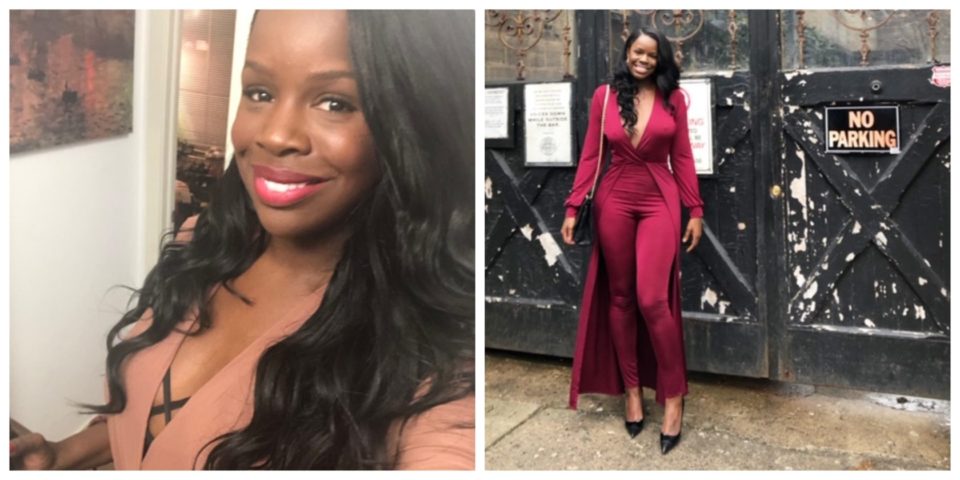 Josie Morris is a 30 year old resident of downtown Jersey City where she has resided for the last 5 ½ years. She is a real estate attorney by day and wine connoisseur by night. She’s the mom of a five year old mini socialite, Ian, who can be seen scooting all around downtown. Josie enjoys yoga, kickboxing, and has an insane book collection.

I am currently a Director of Real Estate and Special Counsel for a late stage real estate co-working startup company. It’s lots of fun (wine on tap anyone?) but also super challenging and ever-evolving.  I currently don’t have a dream job!  I’m lucky to be one of those people who actually enjoys their job and doesn’t mind going to work everyday.

2. What is your favorite place to hang out or eat in Jersey City.

4. What are 3 random facts about you?

(i) I travel alone at least once a year, (ii) I am a failed life & fashion blogger and (iii) I had my son in the middle of law school and still graduated on time

6. What do you love most about jersey city?

I love the proximity to the city yet how distinct in character it is. I love how diverse the population is (although I recognize that its semi-segregated and that’s something the city needs to make a focal point). Jersey City has many street festivals and fairs, parades, outdoor shopping events, etc. It’s a young and up-and-coming place and there is no place I rather be (except, maybe Brooklyn ☺). 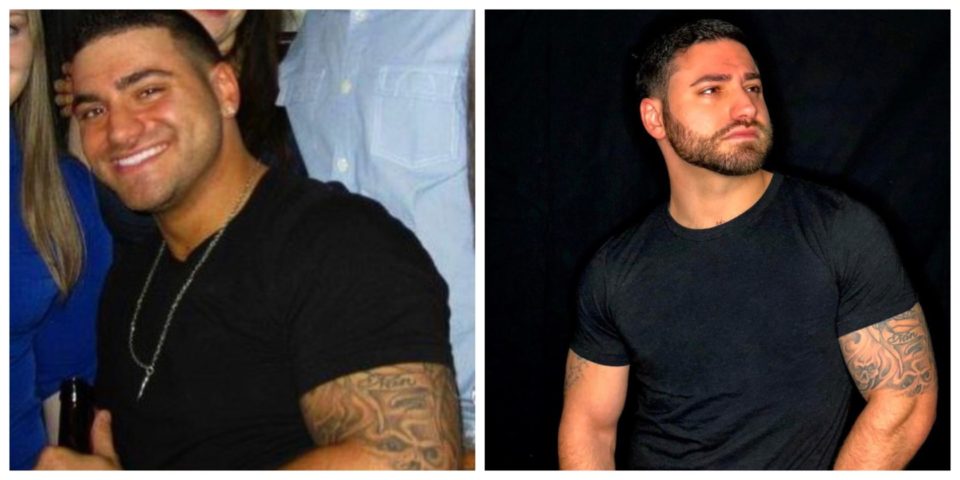 His name is Vincent Belmont but anyone close to him calls him Vinny.  Vinny has lived in Manhattan for the majority of his adult life but moved to Jersey City a little less than a year ago after visiting his boyfriend and has fallen in love with it ever since. You can find him trying out one of the many gyms in Jersey City or checking out a new restaurant downtown.

I do commercial real estate for the cell phone carrier, Sprint and its brother company, Boost Mobile. It’s my job to scout out and negotiate potential new locations for my independent business owners to start-up. I was actually at a ribbon cutting ceremony in Jersey City for one of my new locations with the mayor, Steven Fulop, just last month. It was great to see him supporting small business owners in JC. As for dream job, I’ve actually never had an answer to this question. Right now I feel satisfied knowing I put food on the table for my clients that open up businesses with me. So there’s reward there for sure, but I guess right now my dream job is to have anything that’s stable enough for me to chase my real dream which is to travel the world. Last year I made it to Spain, Germany, Iceland, France, and Belgium so I’ve been doing a pretty good job so far. It’s not cheap though so thank you Visa and American Express for sponsoring those two trips lol.

2. What is your favorite place to hang out or eat in Jersey City?

I love hanging out at the new six26 lounge that just opened behind the Ashford. It’s fun, the staff is great, and they really did a great job with the design of the place. Downtown Jersey City has 3 different gay bars now with six26 opening and I love seeing the LGBT+ community being represented and welcomed so well in this city.

3. How does it feel to be nominated as a Jc babe?

I was incredibly flattered when the team reached out to me. I’ve only lived in Jersey City for about 7 months and it’s been such a great experience. I’ve followed the ChicpeaJC team ever since I moved here to see what’s going on and what’s new in the area so I was definitely taken back when you guys asked me of all people to be a babe of JC.

I’m pretty heavily tattooed. I guess because I’m a “nice guy” people don’t expect me to have so many tattoos. There’s always a surprise on people’s faces when they see my ink.

I was involved in martial arts for several years and it started me on my fitness journey. I trained in Seido karate in Manhattan for several years and have since switched my practice over to kick-boxing at CKO in Jersey City. I love challenging myself in new ways and CKO has been a really fun new venture to challenge myself.

I went to school for graphic design and worked as a graphic designer for years. After 8 years of going in that direction career-wise I knew I wasn’t happy and dropped everything to pursue a career in sales. Even though I was completely green to the industry, I found way more of a passion in dealing with people face to face and being out of that cubicle lifestyle. I’ve always been proud of myself for pursuing what makes me happy even when it’s not an easy path.

The craziest thing I’ve ever done was probably my overly ambitious trip to Europe in October 2018. My boyfriend and I decided to see as many bucket list items as we could across four countries in one crazy trip. We went from the smoke shops of Amsterdam to the Catacombs under Paris to the Chocolate factories of Belgium and ended with Germany’s world famous Oktoberfest. It was exhausting but we left with a heart full of insane memories and experiences.

6. What do you love most about Jersey City?

My favorite thing about JC is that even though it’s a huge city, I’ve noticed that I often run into a bunch of people that I know and that never happened in Manhattan. If it’s seeing my trainer friends leaving Base, making small talk with friends shopping at Sprove, or running into my neighbors at the JC Urby, I’m always seeing familiar faces. I think it’s great that you can get the big city experience while also having that small community feel. 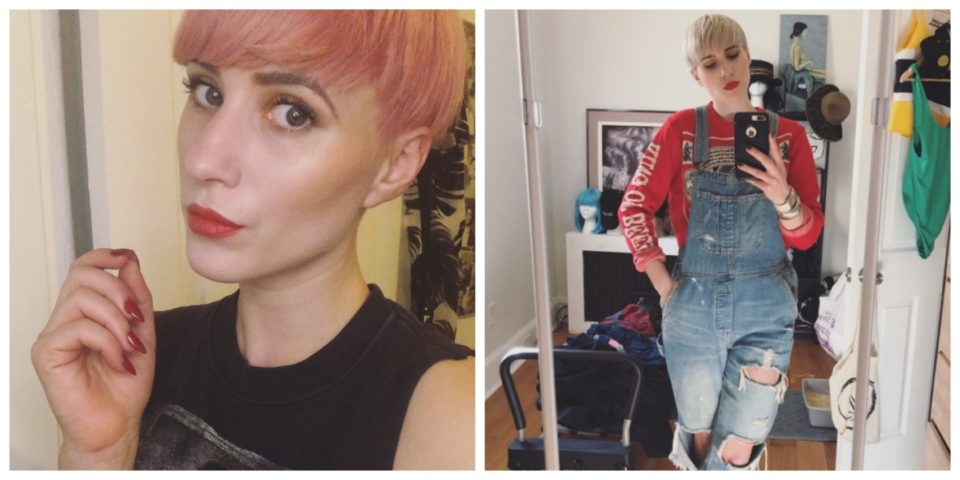 Mallory Morgan moved to Jersey City four years ago; she is originally from Red Bank. She enjoys crafting, costume design, and spending time with her screaming banshee-cat, Bessie.

I’m a bartender at Porta Jersey City. I co-host Wednesday Trivia Night, as well as run Crafts & Carafes and other DIY pop-ups there. The newest event that I’m bringing to Porta is Throw Back Thursday: Double Feature Movie Night—we’ll be screening back-to-back movies from the 80s, 90s, and early 00s monthly. We’re essentially turning the Monk Room into a cozy, underground movie theater. As far as dream job I have a few:

2. What is your favorite place to hang out or eat in Jersey City?

I love Porta—it’s home base for me. I’m there even when I’m not working. You can also find me playing pool downstairs at South House, drinking anything involving the word “barnyard funk” at Barcade, or singing my feelings at PS Wine Bar’s karaoke night.

Unexpected and flattering. To quote my girl Drew Barrymore in Never Been Kissed: “I’M NOT JOSIE GROSSIE ANYMORE!”

2. My dad’s nickname for me is Toonces (it comes from an old SNL skit about a driving cat). I got that after I accidentally drove his car through the garage door when I was 6.

3. I lived in Australia

6. What do you love most about jersey city?

The friends and family I’ve made here.

Shaquille “Scott Lauren” Tisdale is a 25 year old Dj born and raised in Jersey City.  He’s been Dj’ing ever since he was 15.  Scott has always had an appreciation for all types of music and art forms.

Currently I’m a worldwide Dj and Official Dj for Artist Sheck Wes. Would it be fair if I said I was doing my dream job?

2. What is your favorite place to eat or hang out in Jersey City?

Favorite place is Just Beclaws. Seafood Scott of course! Other than that, you can catch me chilling Downtown.

Oh what an honor! I’d like to thank the academy! JK it’s very cool to be nominated.

6. What do you love most about Jersey City?

I wanna say the people.  I’d say the talent.  There’s so much talent at home it’s unmatched.

Have a babe of JC you’d like to nominate?  Email us! info@chicpeajc.com