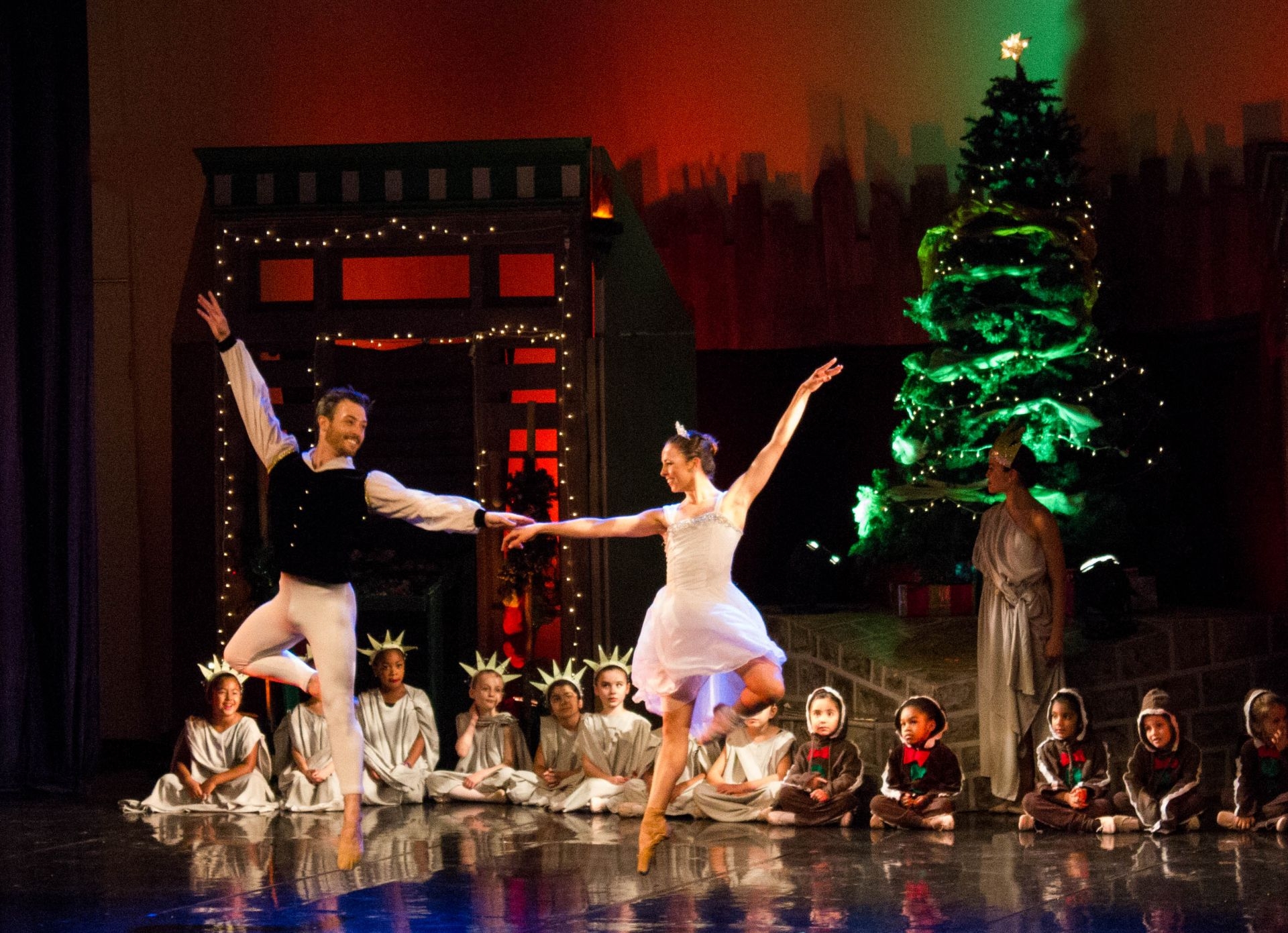 On Sunday, December 18, 1892, the very first Nutcracker premiered at the Mariinsky Theater in Saint Petersburg, Russia. This past Sunday, December 18, 2016, Nimbus Dance Works finished their run of The Jersey City Nutcracker at Frank R. Conwell Auditorium. The last 124 years have seen countless adaptations of the Petipa holiday classic. The ballet is so popular, in fact, that its production accounts for nearly 50% of annual ticket sales for many companies. For the past seven years, Jersey City has had its own rendition, choreographed and directed by Samuel Pott. In Pott’s re-envisioned version, the traditional Tchaikovsky score is infused with a spoken libretto, narrative and comedic relief peppered throughout.

Pott’s desire for an update sprung from the fact that our modern community lacks a strong sense of connection to the classical characters: a German aristocratic family in Victorian times. Pott says: “the world and the way we understand it is changing rapidly… amidst this flux of newness, how do we filter our own stories, the narratives we hold about ourselves, our communities, our workplaces, our country, in order to give space and shape to our truest values?” 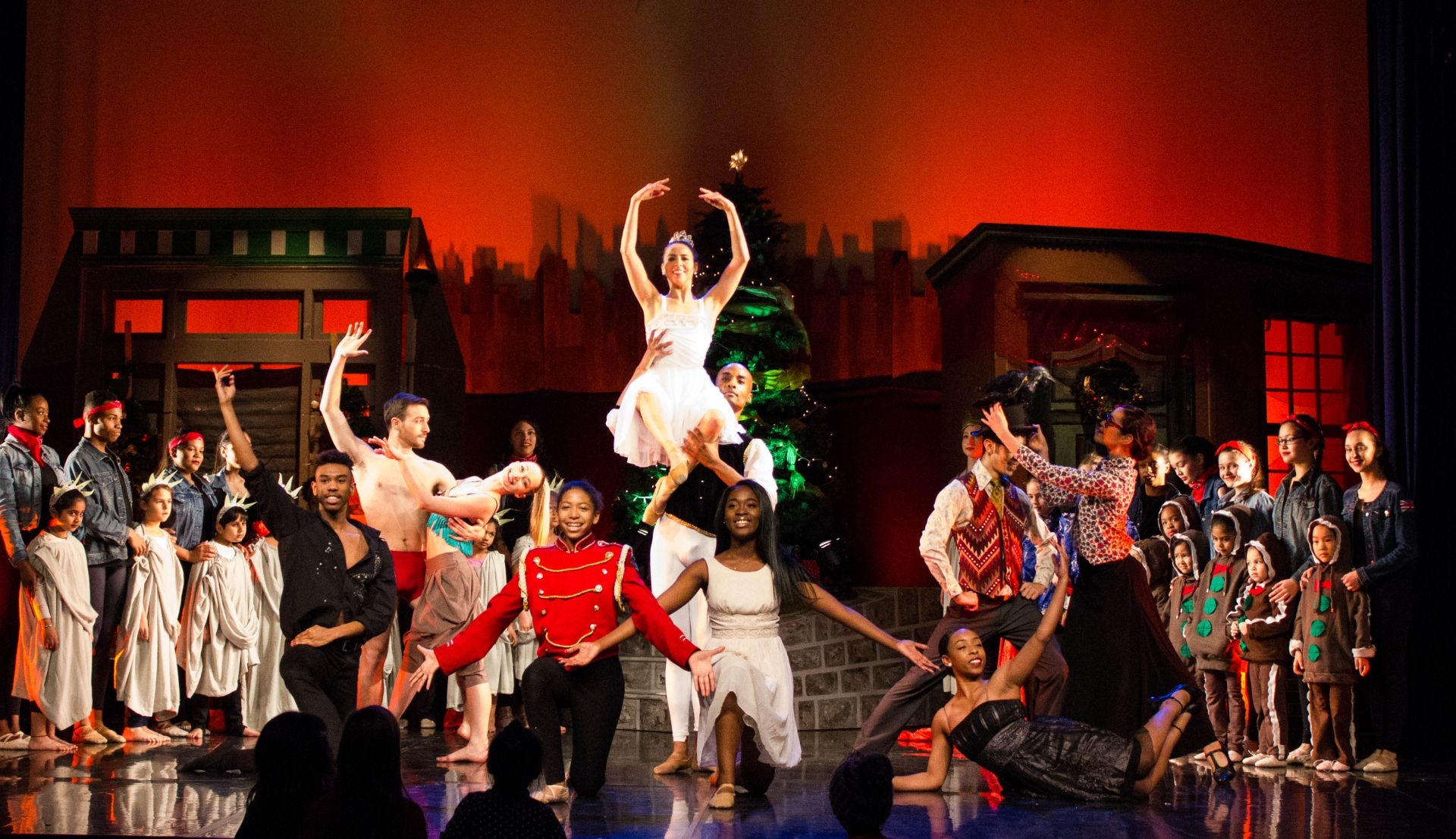 The Jersey City Nutcracker plays homage to our beloved city from the beginning, when the classic opening “Party scene,” is relocated to the tree-lighting ceremony at City Hall. Instead of visions of sugarplums, urban elements dot the landscape: traffic cones, shopping carts, manholes, and tires. In the famous battle scene, the toy soldiers are represented by B-boys and B-girls fighting The Rat King and his “bullies.” The b-boys prevail, but rather than being transported to The Land of Sweets, we enter “a glittering version of what a city could one day become.” We are greeted not by angels but, fittingly, by Jersey City’s own beacon of welcoming and acceptance: The Statue of Liberty. The main characters, two friends named Maria and Christina, explore their new world with the wonder of children, while showing love, protection, and generosity for one another. 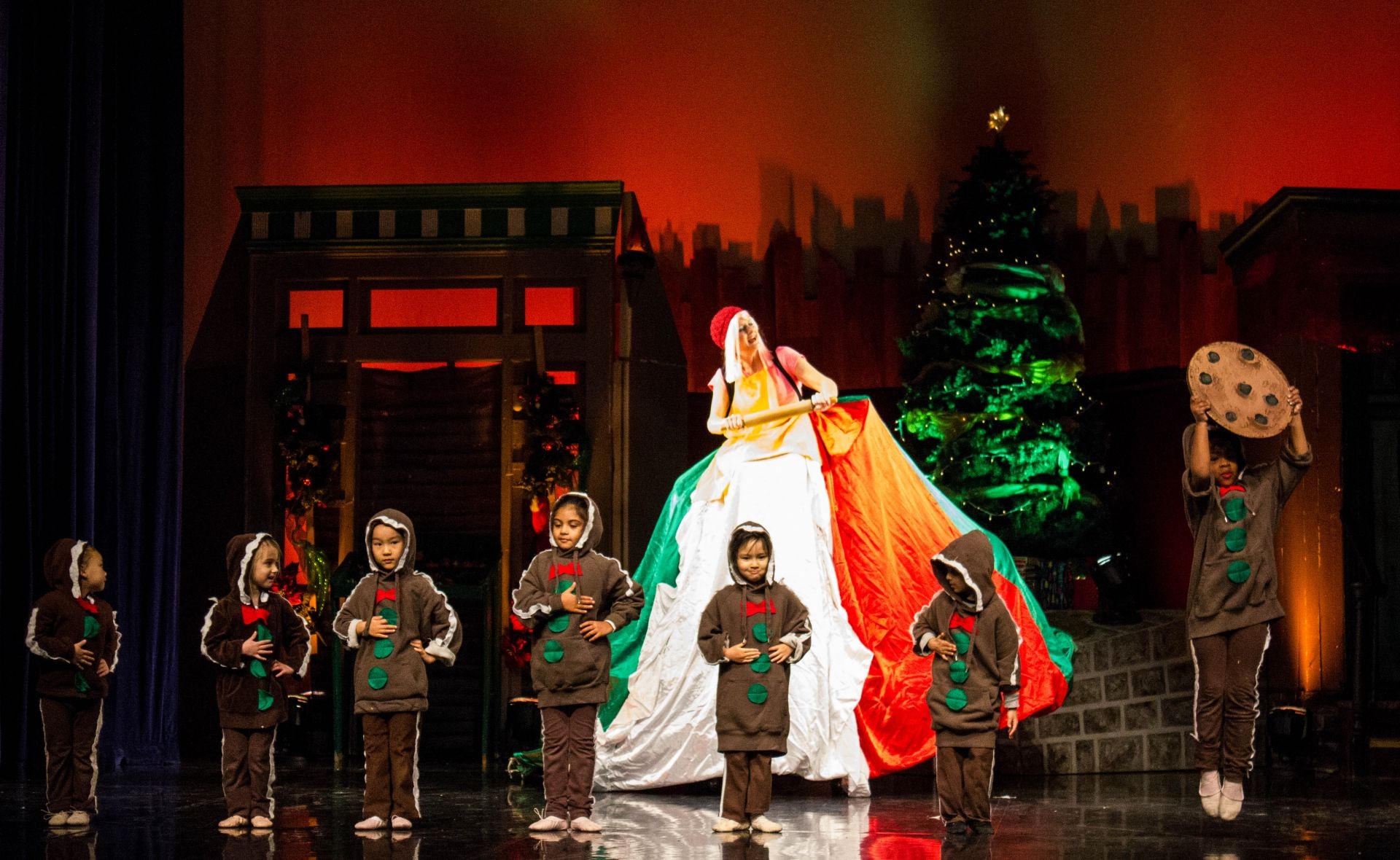 The Nutcracker represents a rite of the holiday season, accessible to the non-balletomane and seasoned theatergoer alike. The appeal of The Nutcracker is that, whether a patron or a performer, there is something for everyone. Sunday’s performance was no different – the audience was filled with community members, proud parents and children of all ages, while professionals and pre-professionals shared the stage with first-time performers. A notable example was Jersey City Councilwoman, Candice Osborne, who played “Mama Cannoli” (Jersey City’s Mother Ginger) in Sunday evening’s performance. After the curtain call, Osborne spoke to the audience about the value of the arts in our community and promised to match any donations up to $1,000 to the Nimbus Dance Works nonprofit organization.

Through The Jersey City Nutcracker, Nimbus has found a vehicle to bring people together in a unique way that only the arts can achieve. In addition to their five public performances, the cast also performed for Jersey City public schools, bringing the ballet to over 1,000 students. The School at Nimbus Dance Works offers professional instruction for all ages, and students from The Jersey City School District are invited to perform in the annual Nutcracker production as well. Throughout the rest of the year, the professional company performs in Jersey City, Manhattan and beyond, propagating their mission to combine high-level dance and innovative ways of involving communities and audiences.

To see the schedule of upcoming performances by Nimbus Dance Works, visit their website here.

For more information on how to get involved, e-mail info@nimbusdanceworks.org

Lauren Humm Fakete is a visual and performing artist and a Philadelphia native who has called Downtown Jersey City home for ten years now. She runs her own nonprofit, House of the Roses Volunteer Dance Company, committed to a free performing arts education for homeless and at-risk youth in Jersey City and NYC. She is passionate about the power of the arts for community-building, social change and conversation. Lauren is an Arts and Culture contributor for ChicpeaJC.