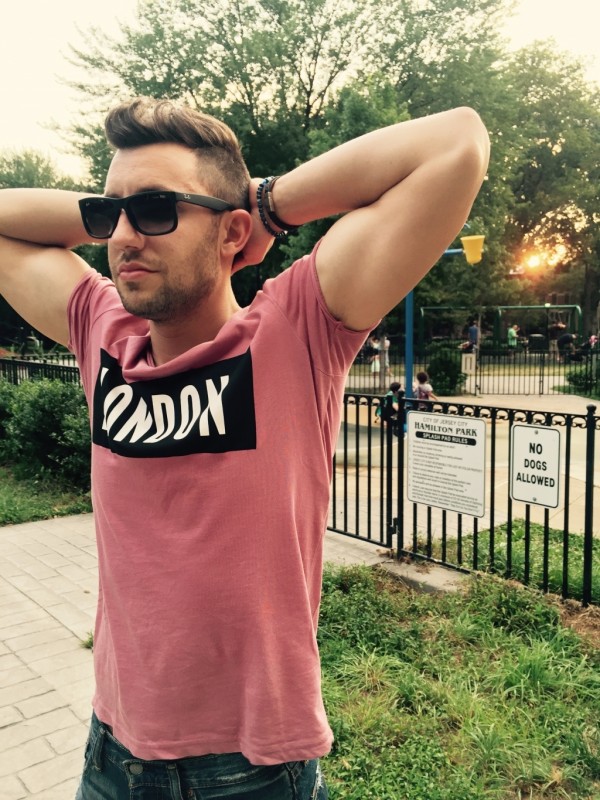 When you first see Astin, you wouldn’t think he could rap. I know I am not supposed to judge a book by it’s cover but Astin has this whole model/actor vibe to him… We found each other on Instagram and after checking out his funky website (you really have to check it out) and seeing a few music videos, I needed to meet him in person.

We emailed to set up a time and location and Astin asked me if I liked Margaritas, “Yeah sure” I said. We met in the Gazebo in Hamilton Park, he was standing there with a cooler filled with ingredients to make Margaritas! They were amazing! Astin is quite the character. 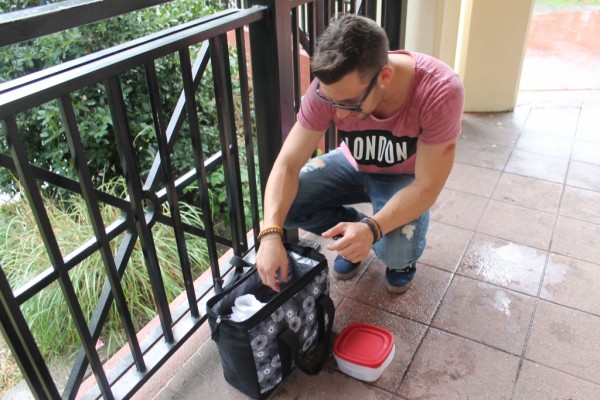 What do you do? I do everything, but specifically, rapper, producer, filmmaker, model…

So you’re an entertainer. Exactly.

Can you define your style of rapping? I think nowadays you have a lot of conceptual rap and I would not put myself in that category. I would say I’m more of a throwback and my sound is modern. Some people like to turn Hip-Hop into a concept, I just like to go hard—crush bars.

I looked at your one video and I saw it’s all Instagram pictures, can you tell me about that? Since I’ve been on Instagram I got a lot of very good feedback. A lot of the people who were following me were like, “We need a video! We need a video!” I’m like, “Argh, what can I do quick?” and also just being a part of Instagram I was like, “Wow, there’s so much cool shit on here,” and I just took inspiration and went with it. Stayed up one night, coffee, hammered it out.

That’s nice and you live in Jersey City? Yeah, I live Downtown.

How long have you been here? I’ve been here for a little while transitioned from Manhattan, but I love it out here, it’s awesome.

What’s your favorite Jersey City hangout spot? It depends. When I feel like dancing, I go to Porta.

So what are your musical influences? I draw influence from a lot it’s not just Hip-Hop. I don’t care, I’ll admit it, I love Taylor Swift, I like Coldplay, I like Paramore. Like I listen to all that and it helps me being diverse and it helps me in what I do. For Hip-Hop I grew up on 50 Cent, Eminem, Dre, Kanye, I love early 2000s Hip-Hop, that’s my shit.

The era I was growing up, you had to search for that. I don’t really stick to the script and I think that makes me entertaining and it makes people interested. 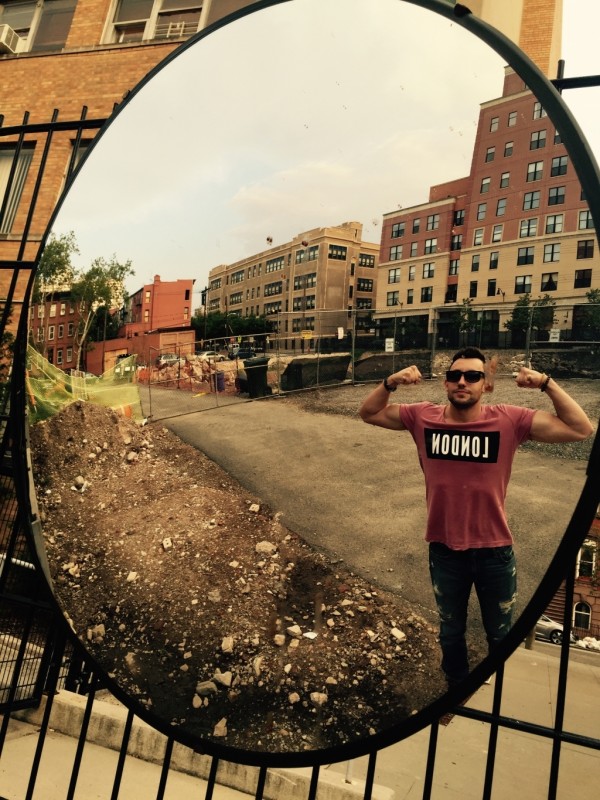 So you were saying you like to dance at Porta, what else do you like to go to? If I just want to have a drink I’ll just go to Lucky’s. I went to South House, that place is awesome and Doughboy has really good drinks too. Yeah, I do stuff at my apartment too, little parties here and there. For food Rustiq Pizza all the way.

Who do you model for? I model for a lot of different shit, mostly with my shirt off because I work out quite a bit.

Are you single? I know for a fact that there’s someone out there.

How does she feel about that? We’re operating on the theory of “IF,” if I have found this person and she’s out there I think she would say—“Hey, you’re supposed to shout me from the mountaintops.”

And what would you say? “Baby, I love you. Who cares what these people think.” 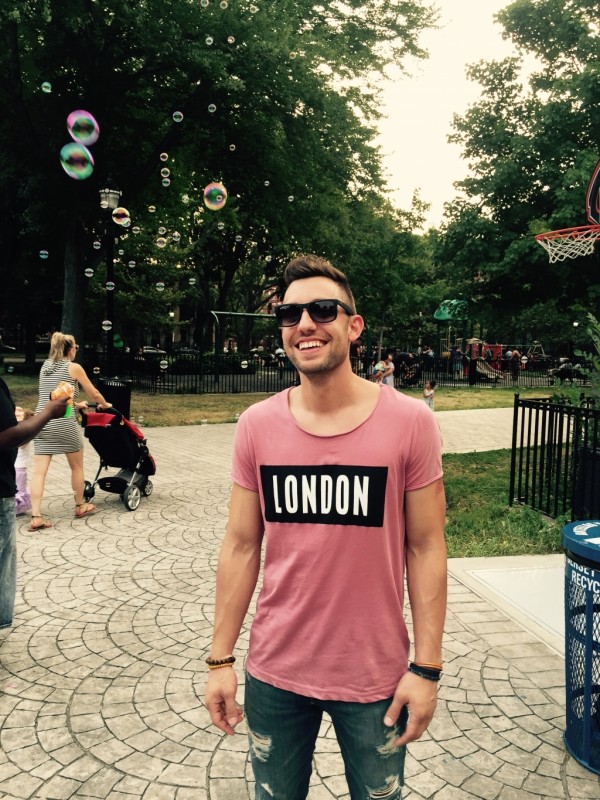 Where are you originally from? I am from somewhere in the state of New York.

How old are you? I am old enough.

I just think nowadays everything is too accessible and me personally, I don’t like to know everything about musicians, actors, things like that, it almost takes away from the experience. 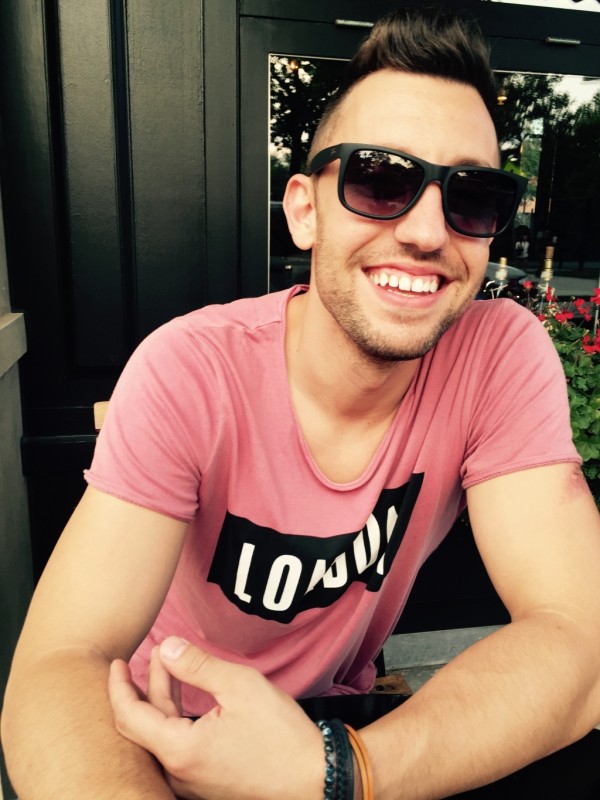 You want a little mystery. If you want to know me, it’s all there for you. My EP is called Self Portrait and that’s not a gimmick or a joke, it really is there. So if you want to learn about me just listen, it’s only five songs, I know that you guys can do it.

Do you perform anywhere? I haven’t performed this music yet, but I am excited to. I want to perform in Jersey because the vibe here is awesome.

You remind me of somebody. Who do I remind you of?

I see some Macklemore a little bit but like a more attractive model version of him. Okay. I can see why you would say that. I’ll take it, he’s a talented guy. 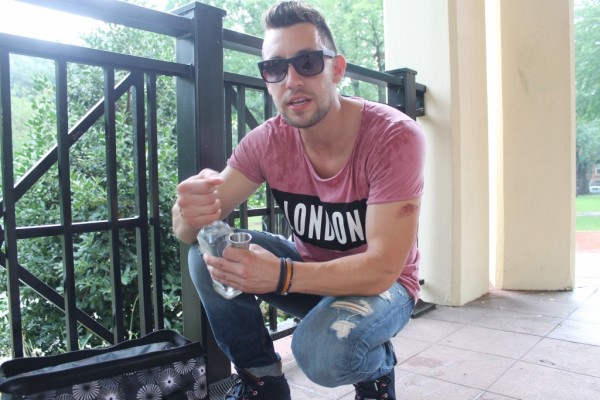 How would you define your style? Like I said, I like to go hard. If I have a concept it’s slay bars.

When did you start rapping? I got a late start, it’s something that I stumbled into and fell in love with six years ago. Six years ago just randomly and [I’m] just killing it.

What are your future plans? I don’t know things are happening very fast right now. It’s gonna sound crazy but I hear G-Unit is reforming [and] I just want to be in the new G-Unit.

Really? Why? People always ask me, “What label would you sign?” G-Unit because I grew up on G-Unit. Although if you look at me, you’re like, “Eh, maybe he don’t fit in.” A lot of like what you just said with the Macklemore thing, I’m kind of like pretty boy, the way I look but when it’s game time—

It’s the way you act. –It’s like G-Unit, we’re made for each other. I would love that, I want to do it all.

Any last words? People should check out my website, it’s really cool it’s unlike any website you’ve ever seen.

I know it’s very cool, it’s a whole experience. Yeah, it’s zany, I made it myself. I had a lot of fun with it.

Oh yeah? You made it yourself? Yeah. I’m like a one-man-show.

Do you have a tech background? No not at all, I just get into things and creativity just flows. My music video, I directed it, wrote the script, shot by shot. Shout out to Anabox Studios, awesome filmmaker if you need a cinematographer, director, photographer. I produced all my own music.

Oh, you made all your own beats too? I did everything; I wrote, produced, composed and recorded it. I built a studip in my apartment, it sounded sick and I just did it.

That’s awesome, you’re a creative entrepreneur. I like that.