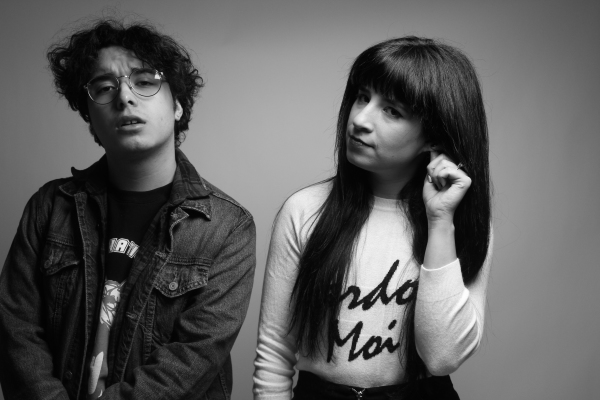 Awhile back I started following Andy-Mac, a young local photographer on Instagram. Every time Andy posted a portrait of his subjects, I would stop and stare for a few minutes; wondering about the person, their story, where they come from and what they were feeling or thinking when the picture was taken. I’ve worked with many amazing photographers but Andy seemed different… I see his images more like pieces of art; a canvas painting or a sculpture…leaving so much room for interpretation.

I reached out to him for two reason, I wanted to be one of his subjects and at the same time interview him to hear his story. Andy invited me to his home and studio in Greenville, he played some dope beats to make me feel comfortable and then something amazing happened… It was the first time since I started this blog, that someone I was interviewing was directing questions right back at me. It wasn’t just about me interviewing him, it was about two people getting to know each other. I had a blast!! 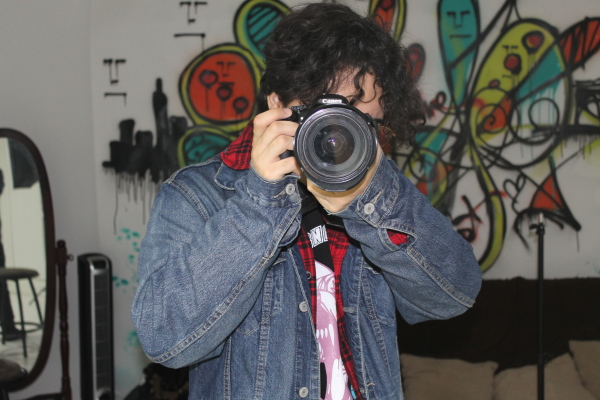 A few days after our shoot, he sent me the pictures and I was completely blown away. Andy was able to really capture who I am, so much so, I feel sort of exposed now! These pictures are different then what I normally put out there… I realize now, that this was the first time that I just let myself go, didn’t overthink my actions and did whatever came naturally to me, and the result was incredible. Andy is the next Terry Richardson. 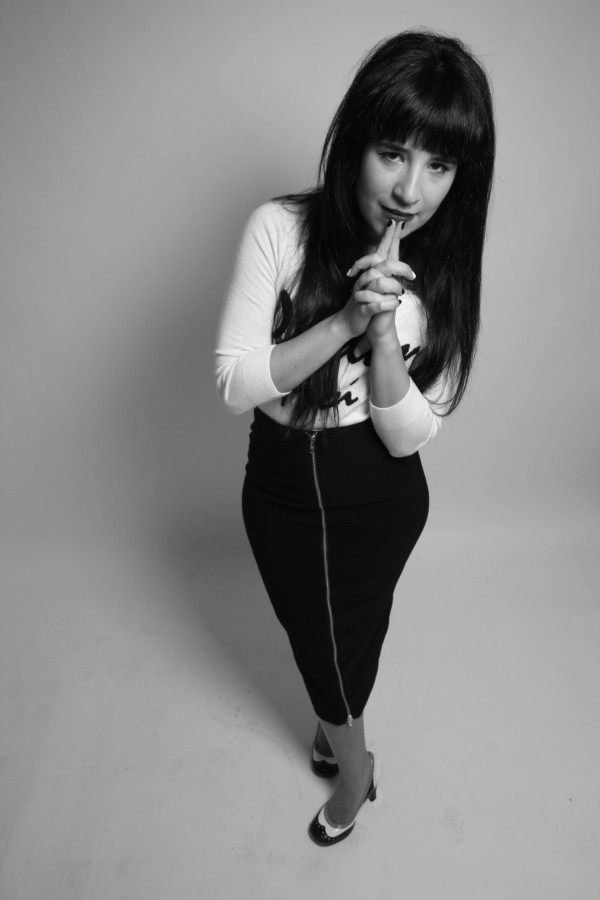 How long have you been taking pictures? I would say 6 years. 4 years on an amateur level and two on a more professional… such as getting a studio and actually caring about the camera settings and lenses and stuff… What I usually do is shoot black and white.

How come you do only black and white? I like it so much more, there is less work on it too. When you have color you see all the imperfections and I don’t want to use photoshop to fix that. 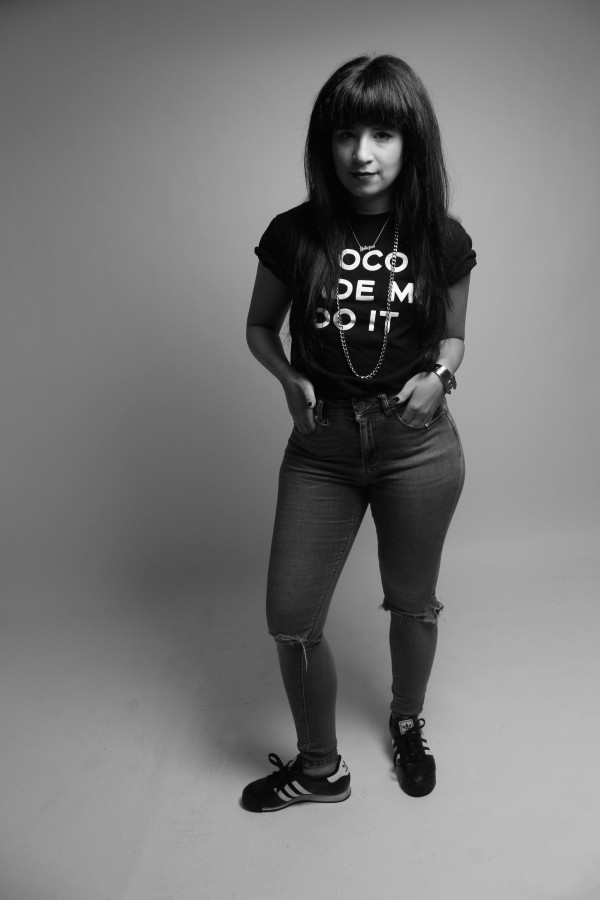 What is your favorite thing to shoot? I would say landscapes because sometimes people don’t really know what they are doing…. 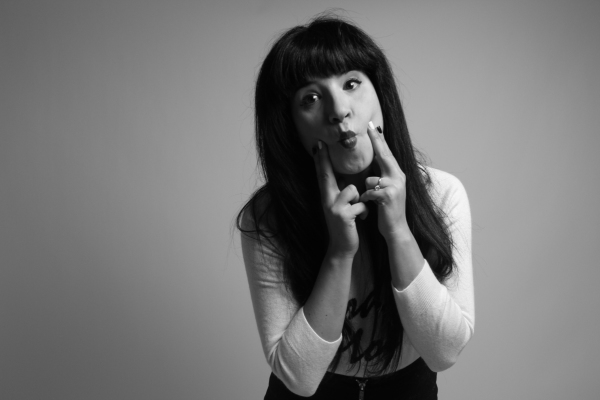 Like me? I don’t want to tell you what to do. It defeats the purpose. I want you to do what is comfortable to you… What I usually do, is I let people play their own music because that is how they get comfortable and back in the groove. I want you to get comfortable on your own because you gotta pretend you are in a room taking selfies and stuff… that’s the whole mindset I like people to have. 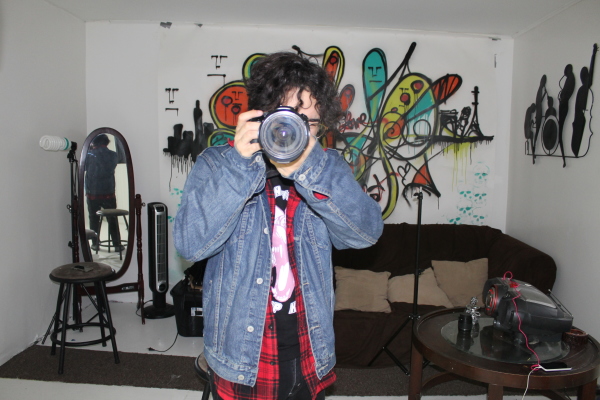 Also the whole positive energy I want people to have when they are in front of the camera. I want people to be natural. Like now, you are doing whatever comes naturally to you…. look how nice it came out… 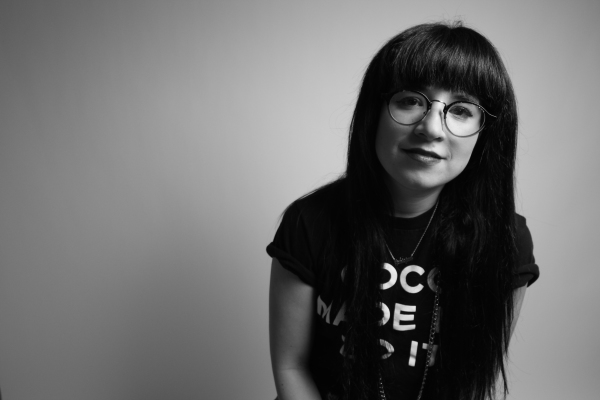 My issue is when I get my picture taken I over think it. People don’t know this based on what I put out there but I am actually insecure… I am the same way, I rarely post pictures of myself. 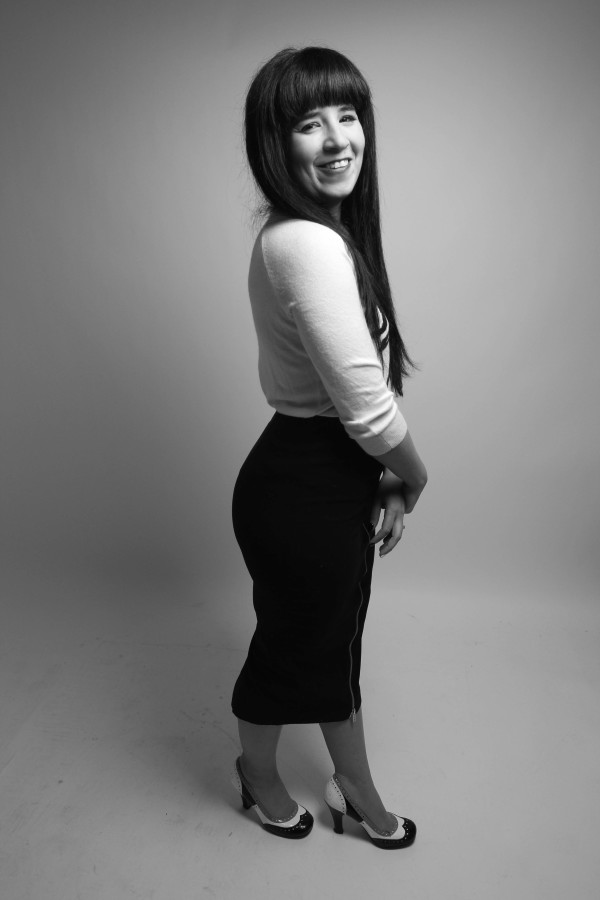 Are you from Jersey City? Yeah, I’ve lived Downtown, Lincoln Park and now here… So Where did your name Chicpea name come from?

Before I started blogging it was sort of a nickname…. It stuck with me and I thought it would be a cute nickname to go on the blog. My name is actually food related as well at first, but then I switched it… 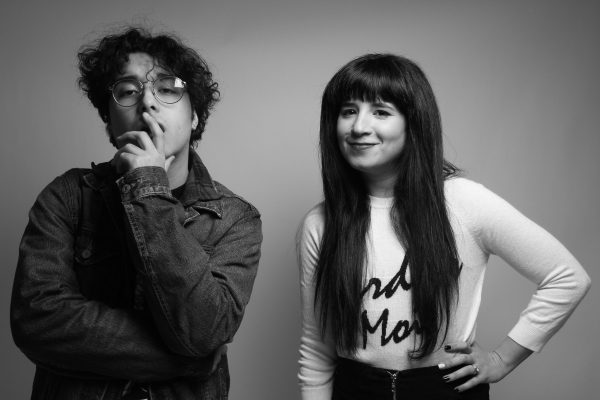 What was it? Well my real name is Andrew, so Andy is a typical nickname…. Then Mac came from eating a lot of Big Macs and McDonalds and I had to fix that story…. Now Mac stands for “Master at Craft”.

Chicpea for me… has so many meanings. It’s a representation of my background and where I am from. Chickpeas themselves are very versatile, they go in any recipe… they are also good for you! I can find a way to connect with different people… like I can hang out with the rappers, the bohemian artist, the owner of a Financial brokerage firm… I just get along with most people hahah. That’s dope. I like that you put that together like that.

I love your pictures. I am so drawn to them. Before, everything was in color and I felt stuck. Look at this one… 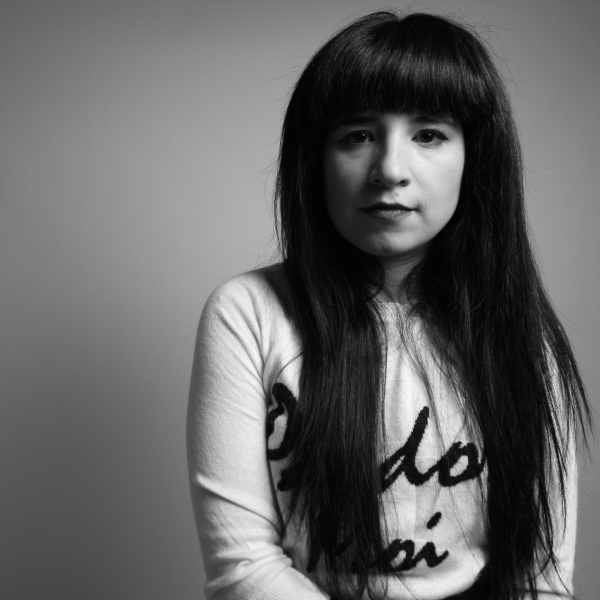 When you post a picture, I just stop and stare and wonder about the person…. their story. That’s why I just put their name. I want people to try and come up with the story themselves… I entered a photo contest for college to get a scholarship… I put a bunch of pictures like that and I am hoping the judges look at it the same way. If I don’t win this contest I am not going to college. I don’t believe that I have to go to college for art… I can go for business or something….How long have you been blogging?

7 months. Really? Wow. I thought it was much longer. What were you doing before?

I was working in Corporate America…. As I moved up the corporate ladder I felt like I wasn’t connecting with people anymore. I was looking at spreadsheets… sitting in meetings… Surrounded by some negativity. I started ChicpeaJC as a creative outlet and now, here I am. That’s great. 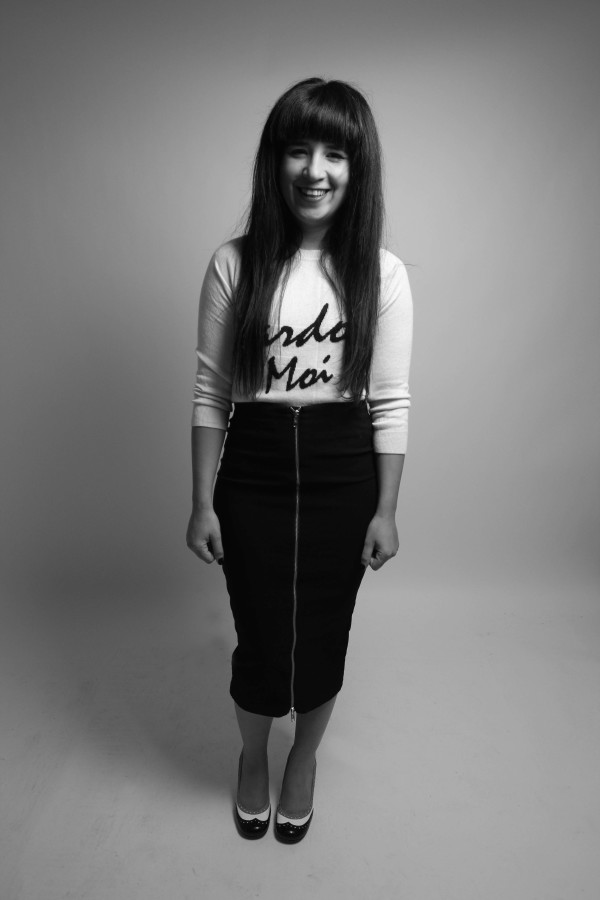 Where do you like to hangout in Jersey City? I am still a kid so I don’t hangout that much in Jersey City…hmm Places to eat… I like fast food. I am always at McDonalds. If I am chilling in Jersey City, I am at this Warehouse by Liberty State Park. I go to Another Man’s Treasure too, they have nice Vinyls… and the food court at the mall. 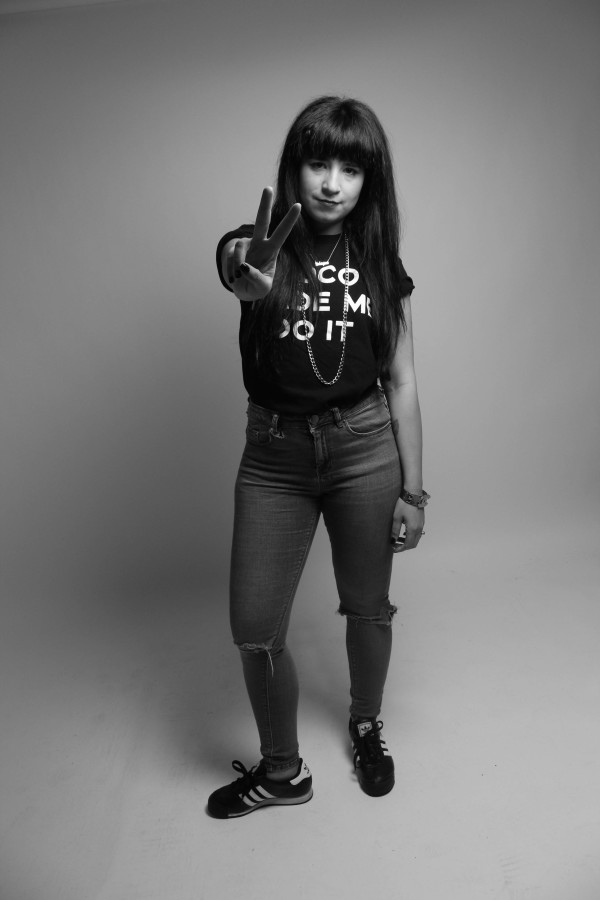 Haha junk food? Yeah. I love it. I’ve been to The Dopeness alot, I go to all the events there and Jon the owner is mad cool…. I like The Dopeness because it attracts many different crowds, and it’s not specific to one kind of person. My team just through a show there for their mix tape. Petey Ugly…. The place was packed!!

Yeah I am going to interview them soon! Nice.

Do you do anything else other than photography? I do music also, but that’s on pause. 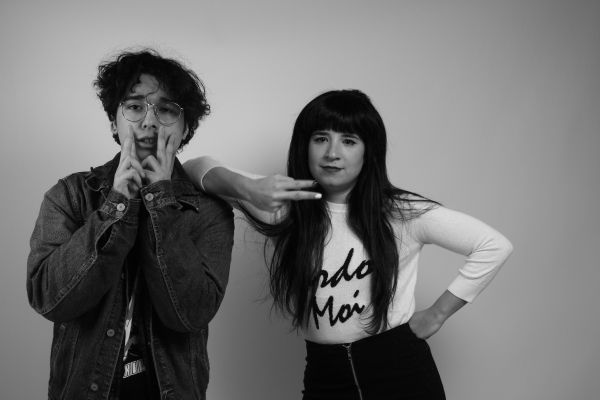 What kind of music? I would say Hip Hop… it has it’s own flavor where I sing sometimes. I am like a low key drake haha.

What are your future plans? I am going to put out a magazine…a portfolio/magazine for the youth more than anyone else. I want to have my own studio space outside of my house so that I can have galleries and shows…. If college does go through, I am trying to go to Parsons or Pratt…more Parsons than anything else. I will find out if I get the scholarship sometime in January.

I hope you get it! Anything else you want people to know about you? I am only 17.