There are many ways you can make money. According to Robert Kiyosaki, You can be an employee, self-employed, business owner, or an investor. Jersey City entrepreneur Nick Nwoke excels in the business owner side, but perfectly teaches other to do the exact same. He moved to Greenville, Jersey City with his mom at the age of 7 after his father left.

Growing up, he saw the value of money. He saw how his mother struggled financially after moving. At a very young age, he promised he’d make so much money it was never going to be an issue, and that’d he is never going to make the mistakes his father did to his mom or wife. 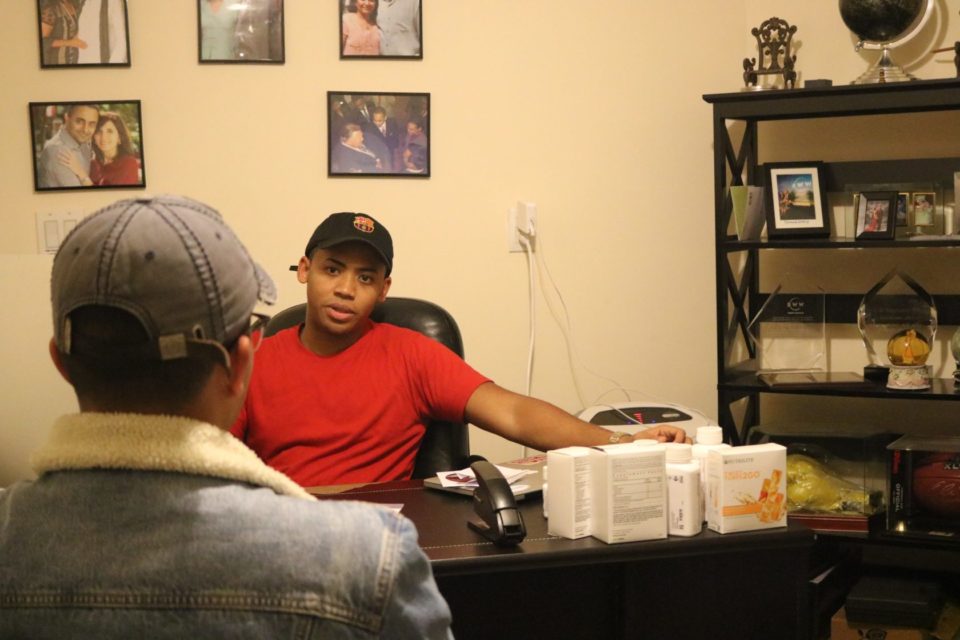 Why did your mom choose Jersey City?

Nick: Me and my mom were hopping from friend’s house to friend’s house for about a week and a half. One of my Mom’s friends lived in Jersey City and promoted it like crazy. The living expenses were low and it was close to the city.

What was it like growing up in Jersey City?

Nick: It was very interesting. I grew up in the Greenville area, which was not the best place to live in. I don’t think one section represents all of Jersey City. What’s good about it is you can go to various locations and get a different feel. It’s very diverse.

When you saw your mom struggling growing up, what would come to mind?

Why did you decide to choose to study medical to become a doctor?

Nick: I was good at it. I had a natural talent for it, but I can’t really say I was passionate about it. I also heard that the medical field has a lot of money. Like I said, I wanted to make a lot of money. I thought that was the best way to go about it.

Why did you decide that, that’s not your career?

Nick: Not to put it down or anything and it’s not about the profession, it’s just how people make their money. When you put all of your eggs in one basket (profession), you become very restricted. Warren Buffett once said, “If you don’t figure out a way to make money while you sleep, you’re gonna work until the day that you die.” I thought about that when it came to medical field, and only in the medical field am I always going to be restricted no matter the status. No matter how noble or fulfilling, the point is there are going to be times when I want some more choices and flexibility. I knew I wasn’t going to get that in the medical field.

How did you find business?

Nick: My wife, who was my girlfriend at the time, saw how I was not really fulfilled with the fact that I’d be working forever. My wife networked around and found out about a program. Then she told me to show up like, “non-negotiable, you are gonna show up,” and I reluctantly showed up. It’s not that I didn’t want to, but I was young and I wanted to play poker but she wanted me to be responsible, so she brought me. That’s when I met my mentor and the rest is history from there. I heard him speak, I heard the character of the type of guy that he was, I heard the type of lifestyle that he was living and I wanted everything that my mentor had. I reached out to him. I had to qualify for his time and he agreed to coach me. 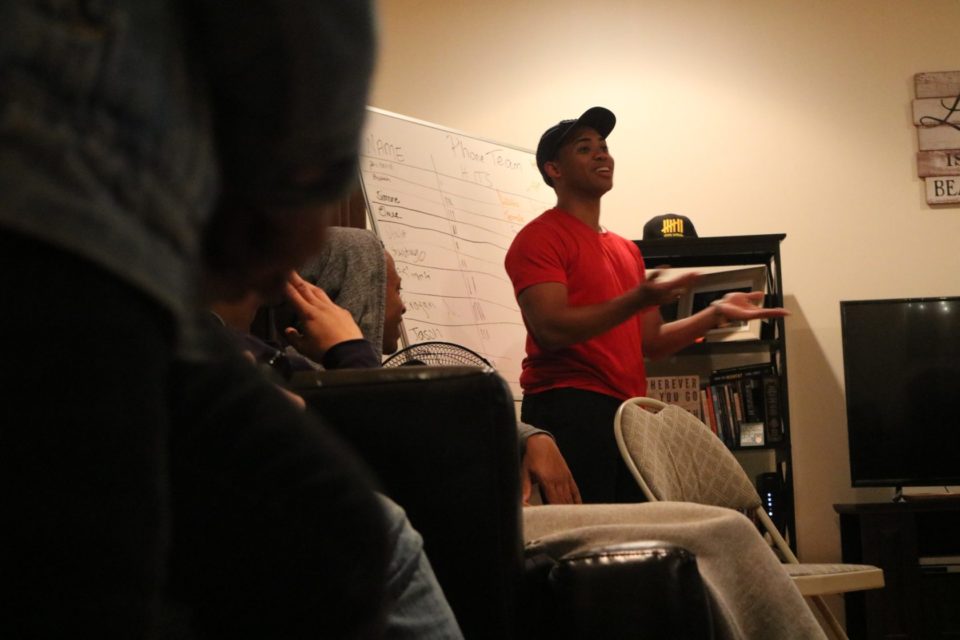 Did you think it was your career at the time when you first started?

When did you decide to leave college and focus on business full-time?

Nick: It was a series of small situations. First things first, I started making some really good money. In my ninth month in business, I started making about a cash flow of $4,000 a month. I was a sophomore in college at that time, I just turned 20. I went to school in Philadelphia, I was taking out $20,000 a year just to go to school. Financially it made no sense, but I was just doing it because everyone told me to do it. I thought it was the right thing to do at that time. On top of that, aside from making money and learning about finances, my mom got 2 minor strokes and she was a single mom living in Greenville, Jersey City by herself and I was in Philadelphia so there’s nothing I could do. I found out not even by her telling me, my family friend told me because my mom didn’t want to bother me. I was just too guilty to say, “You know what ,I’m just living a life selfishly for myself.” I was like, “Let me just take a semester off, make sure my family is taken care of.” So I took a semester off and during that time, I found what my passion was and then I just never really looked back after that. It’s not to say that college is not good or education is not good, because I believe it’s fundamental for everybody. I think I found myself in college, I found my passion and my calling. There are certain skill sets that I developed in college. It was just those minor situations that added up and lead me to believe that me and the traditional track part ways.

Why didn’t you stop there?

Nick: Quite frankly, I didn’t need to make any more money but my mentors told me, “True happiness is in the process of accomplishing a worthwhile goal.” The person and their spirituality is like a fruit. You’re either ripening or rotting. If you’re not moving forward, then you’re slowly starting to perish. So for myself, it’s not about being greedy. It’s about being happy. I wanted to move on to the next goal, bigger and better things, that’s #1. #2 is that I love what I do because the money that I make is in direct proportion to how many people I help. It’s a very fulfilling profession where I can say that I’m making money only because I helped impacted a lot of people. I don’t think I’m ever going to stop. If I live a hundred years and pray that in those hundred years I can keep mentoring and keep helping people, I pray that the last day – whenever God calls that time for me – I’m holding my wife and we just came back from a meeting and say that we were just talking to someone about making their dreams happen and knowing that they have the potential to do it, because if I can do it then they can definitely do it.

When you felt like giving up on business what kept you going?

Nick: #1 is my dream, dream is the drive. It’ll always be the drive. Whenever you feel like giving up, you always remember why you got started in the first place. There are plenty of times where I wanted to stop, my friends making fun of me, no crazy results as of now and I just wanted to quit. I kept thinking about my mom, I kept thinking about my wife, I kept thinking about the people I made promises to in my team. So all of those promises and responsibilities I had to maintain, and I wanted to fulfill that. #2 I’m uniquely blessed with this great support system. I have my mentors, I have people that I selectively chose to surround myself with. 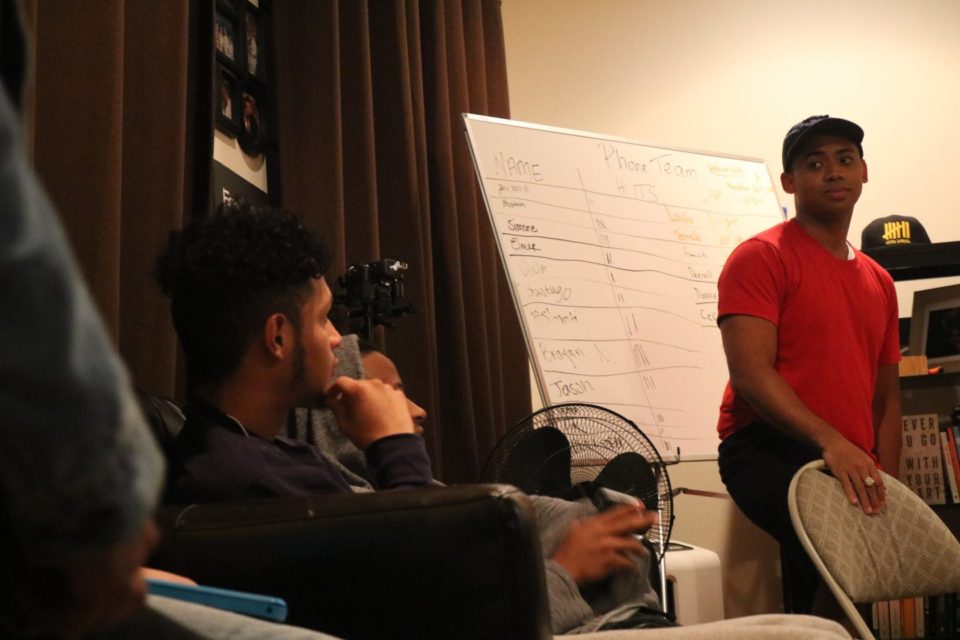 Why did you retire your mom?

Nick: By the time I was 23, I started making 6 figures. I started making more than my mom. So I told her she doesn’t need to work anymore. She was 66 years old when I retired her, which is the age of retirement, but you can ask her and she’ll tell you there is no way she would’ve been able to retire. Financially, with all her debt, it wasn’t possible. She took out $95,000 to go to school. She has 2 Bachelors, 4 Masters, and a PhD. It’s not just about her pension that she was getting, but it’s also taking care of her debt that we had to take care of.

Should people have their spouse in their business, or it’s best not to mix business with pleasure?

Nick: My belief system, contrary to traditional, is you have to include the family in whatever you do. I know that in corporate companies, a lot of them won’t mix families or anything that has to do with creating emotional judgement calls. They try not to involve that into any person’s career path. For me I’m the opposite, I believe that including family is the best possible thing to do. I believe that having my wife with me side-by-side making decisions is the best thing that I can have, and she would also claim the exact same thing. It motivates me, beyond belief.

Nick: My motivation now is I want to see as many people reach their dreams. The lifestyle that my wife and I have, I want others to experience it because it’s amazing. To be in full control of my life. To be in full control of where I’m going, to wake up when I want to wake up. Not have to worry about finances. To sleep when I want to sleep. To drop $500-$600 on my mom just ‘cause. Stephanie’s mom (my mother-in-law)’s birthday was just the other day and I gave her $300 just ‘cause and it’s not even that big of a deal because I forgot I had it in my coat. I got a bonus check and I didn’t even know it was coming. I didn’t even budget for that so I just gave it to Stephanie. For things like that, I want others to experience. I see life and I see so many other people, and I know that they’re short changing their lives. How much one person can do, and they’d rather play the safe route. What I desire myself to do is I want to impart belief and hope into all of them and help them. I want to take them through a process to accomplish their dreams.

What does it mean to be an entrepreneur?

Nick: Entrepreneurship means to be a risk taker. Someone who’s willing to put it all on the line for something that they know is the right thing to do.

Why did you chose to stay in Jersey City?

Nick: Jersey City is the best city in my opinion. You can say New York has the opportunity, which is fine, New York has all the hype but you can get the same thing here but for cheaper. I can have access to New York at any time. In 20 minutes, I’m there.

Nick: Success is how many lives are better off because you lived. 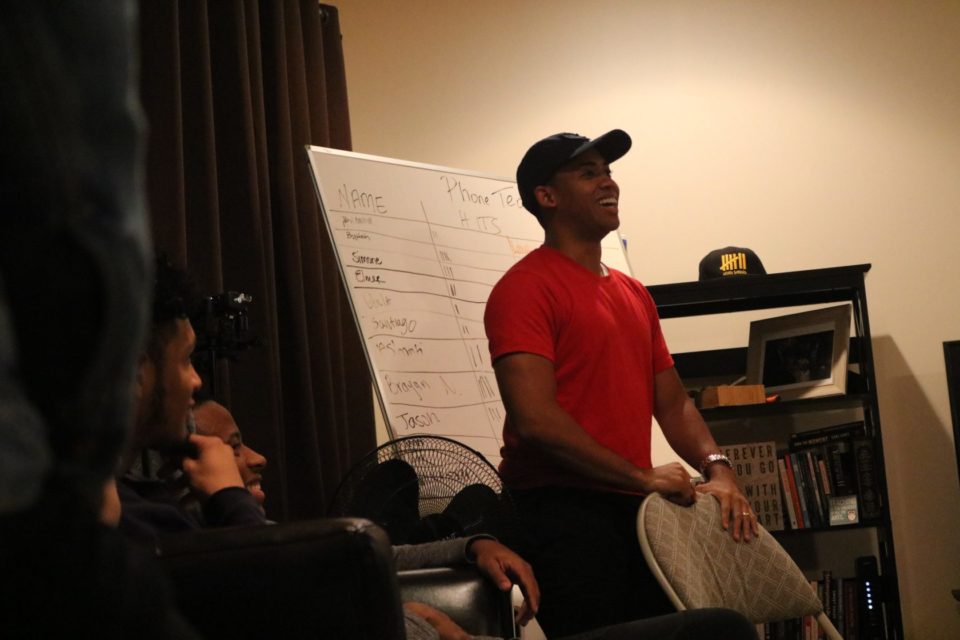 Nick Nwoke is currently 27 and has not had a job since the age of 20. Not only has he retired since that age but he actively mentors and coaches people to create a business asset and teach people to be a business owner through his mentoring program that he has. He’s mentored high school students to professionals all across Jersey City and New York.