The one thing about music that people can’t deny is it holds memories. Hearing one of Selena Gomez’s first song brings me back to my elementary school ages. Listening to punk rock brings me to my emo phase in middle school. Ironically it was a performing arts school.

Which is where I met a good friend and rapper Winston, or as his rap name – Golden Winny. I was playing the flute and he was rapping. Fast forward 4 years later, he’s about to drop his first album. 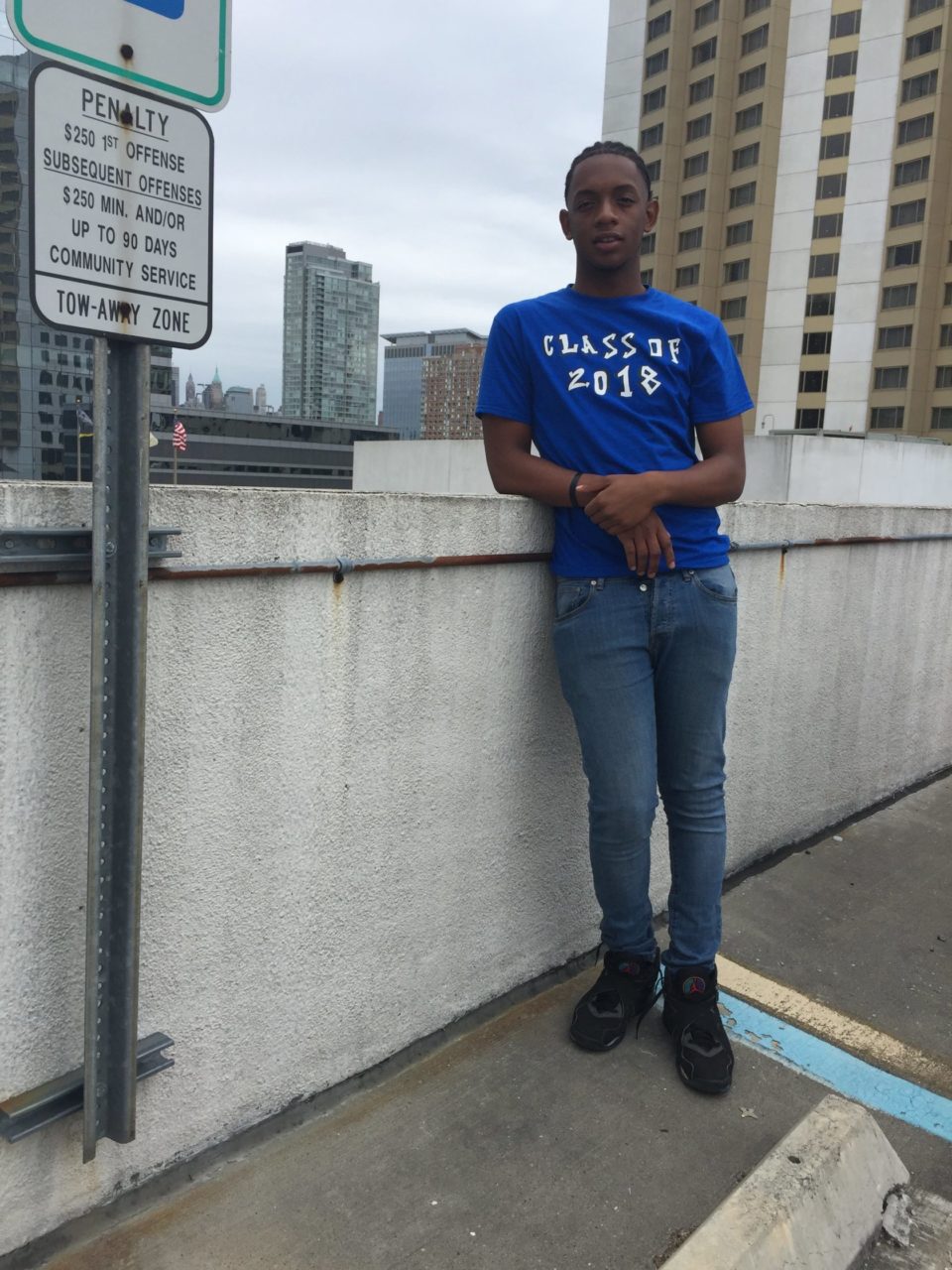 How old are you?

Have you always lived in Jersey City?

Winny: I have, I’ve lived in Jersey City my whole life.

So tell me about your music career. How did it start?

Winny: I was really into visual arts. I don’t know if you heard of JC arts at Snyder?

Winny: I was doing that my freshmen year. I don’t know what it was but I guess I just lost my interest in it. I just ended up going to county prep fully time. Then I had to pick a major, I picked music technology. So I just did it. 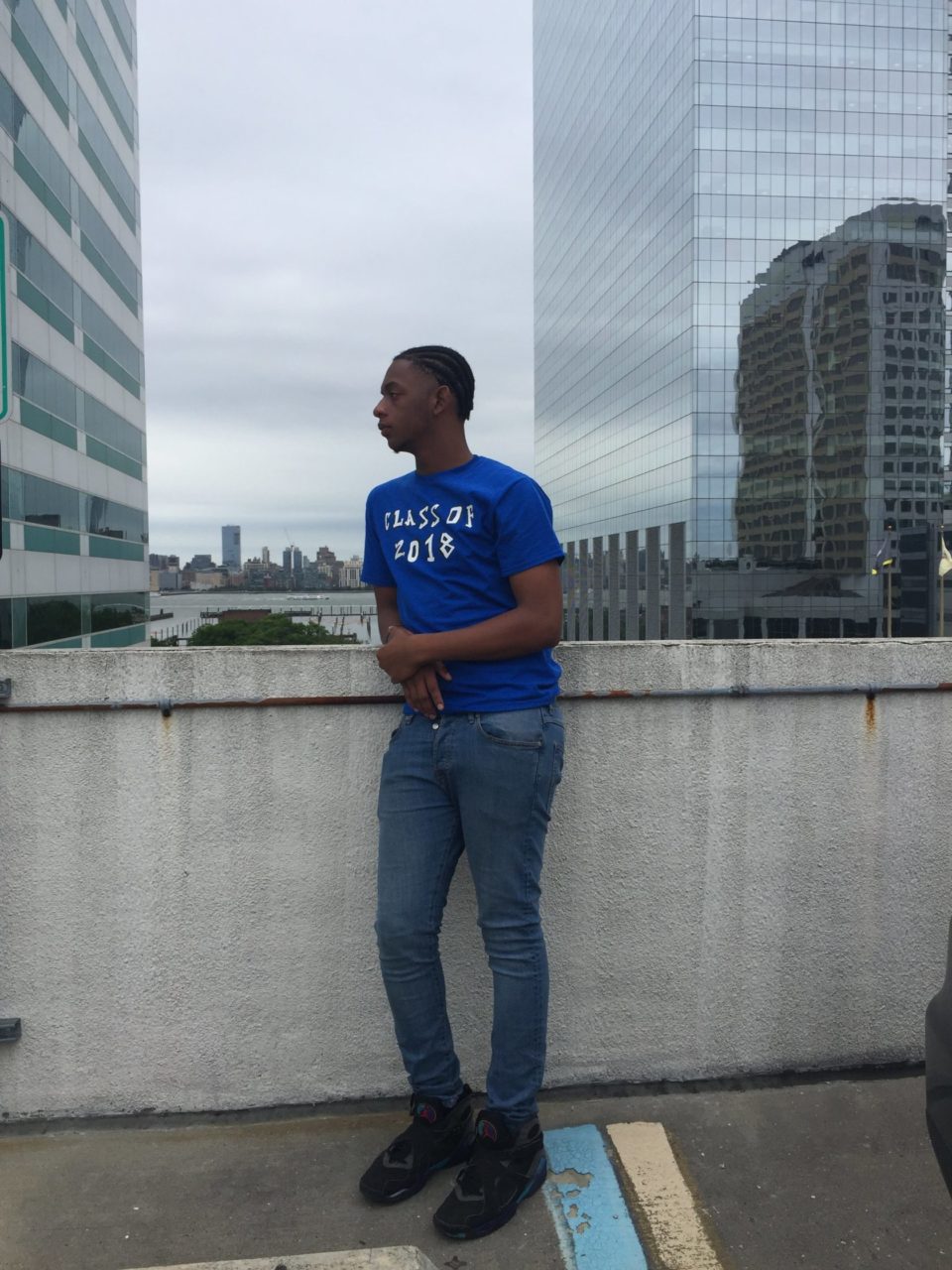 Did you start putting your music out?

Winny: This kid Juan, actually recorded my first song. He lied not too far from me. He actually graduated, I think. So we kinda just linked up and we recorded our first song, in his closet. I and my cousin went, cause I was kinda scared to do it by myself. So we both just wrote and we did our first two songs. We released one, and the other was so bad that we just kept it to our selves.

Tell me about your album.

Winny: It’s called golden boy and it’s just about a kid, from Jersey City, who you know who just dealing with relationship stuff, the loss of gun violence, of what goes on in the city. Just- I guess my own perspective of leaving high school and honestly. Just about me growing up in the city. Just trying to figure things out. Figure out girls and how to deal with everything that’s going on. It’s a pretty cool project to me.

What’ s your inspiration behind your music? 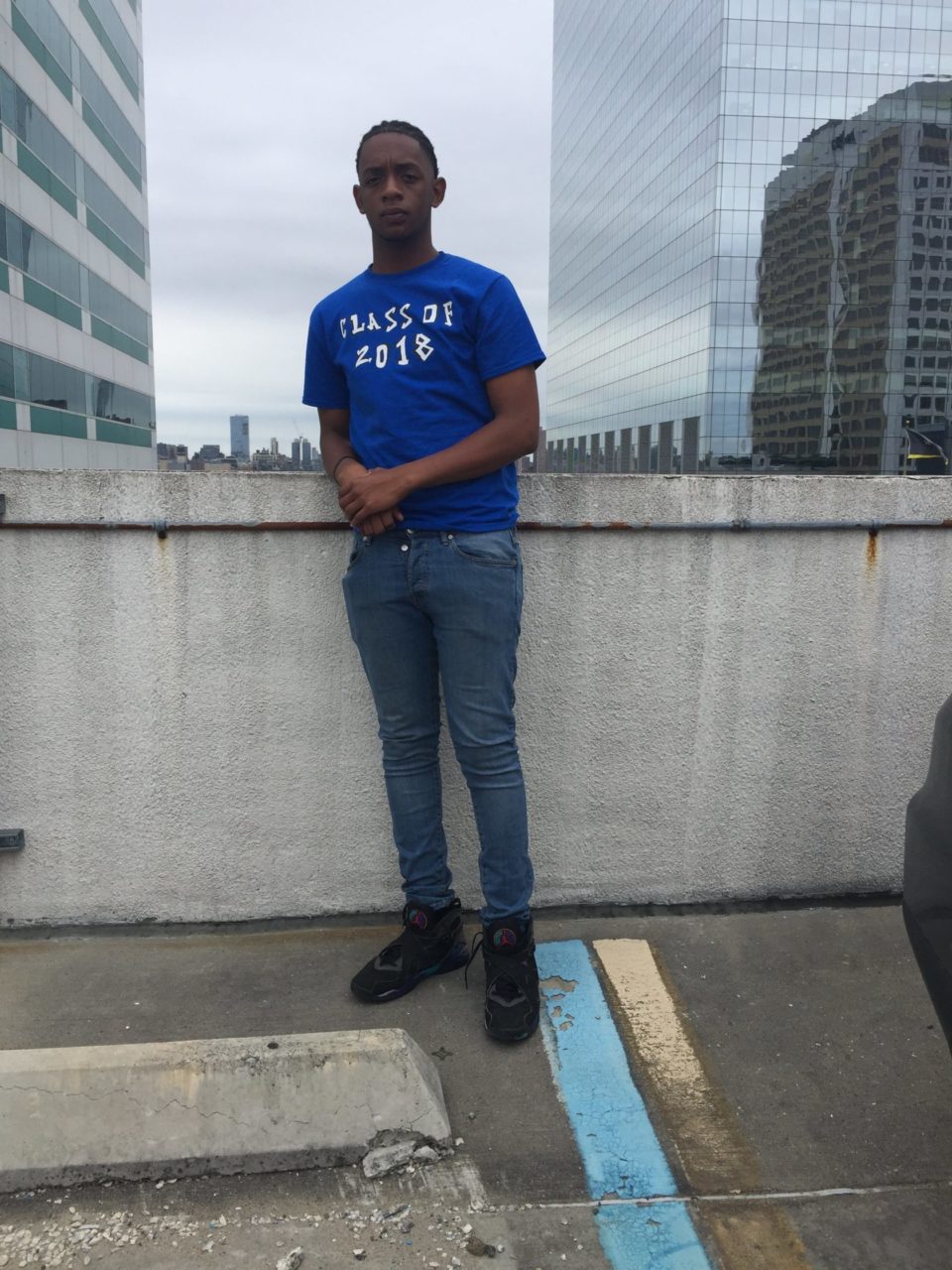 Winny: That’s a good question… um… I really don’t know. You know what it is? Watching my brothers do music. That kinda inspired for me to do that as well. I just try to be true to myself. Also just make music that people can relate too. You know what I mean? I just want to resonate with it, just be like ‘ yo I’ve been through that’ you know what I mean? Just kinda want people to like, listen to it and like…

Says what they feel.

How do you feel about all of the violence that has been going on? I know Jersey City has its issues with violence. Lately, there’s been a lot going on in the Bronx.

Winny: That was insanely brutal what they did to that kid. I’m just glad they finally caught the guys that did that to him. The fact that they didn’t even get the right person. You know what I mean. Not that it makes it any better but they literally killed him for no reason. That was just insane to me. 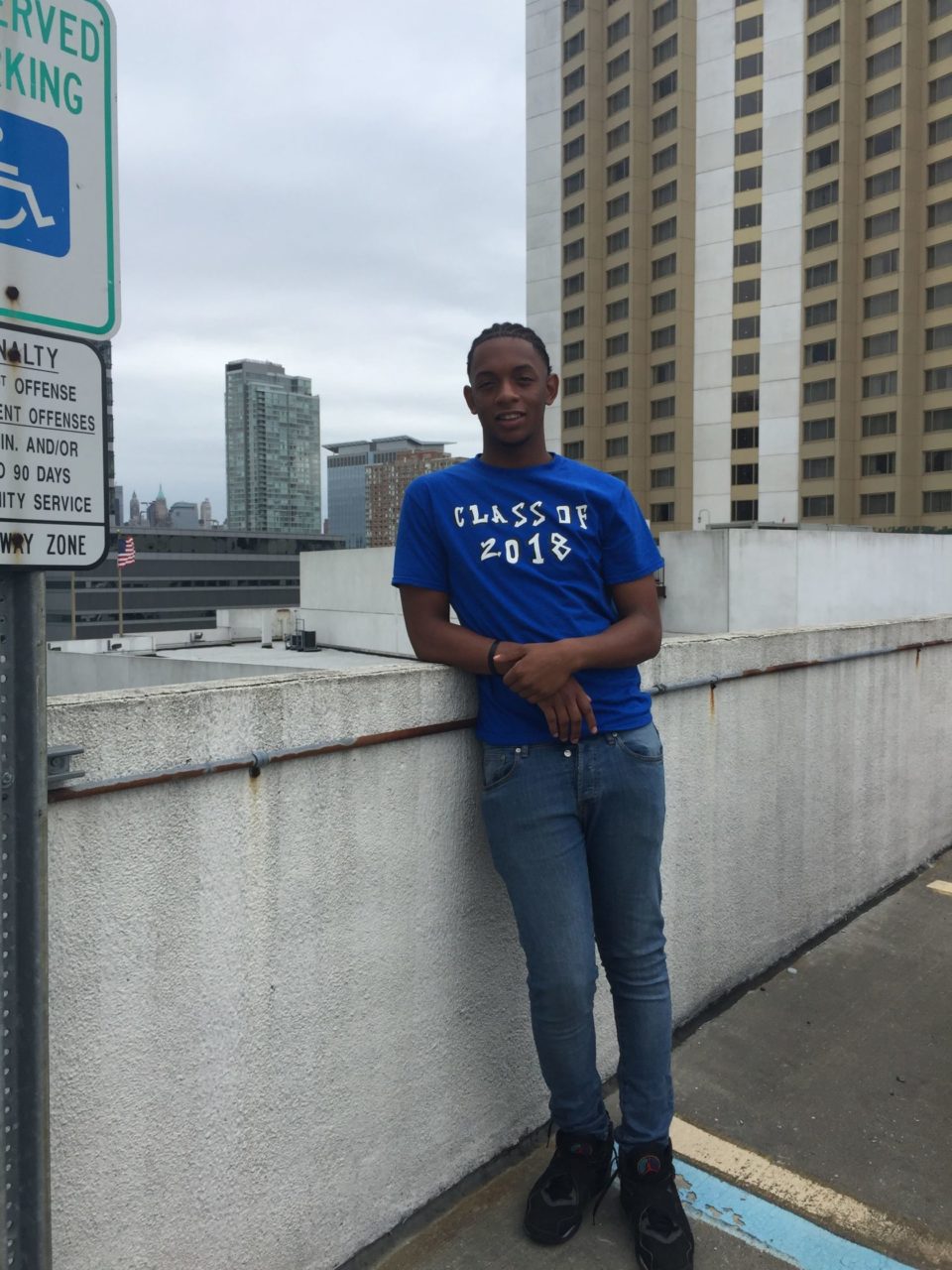 As far as the gun violence and all that, I don’t know like – It just sucks. I’ll tell you that much. Just being someone who lost people to gun violence, like my cousin, my family members one of my best friends that I grew up with. literally since kindergarten, I think he’s like a year older then his birthday is coming up actually. We were at a party and someone had hit him in the heart. That literally best friends growing up. To see what had happened to him, it really hit me.

On my project I talk about it, I made a song called ‘boys don’t cry’. It’s about that situation and I just hope that everyone can come together and just spread some positivity about it. Cause I know we’re not gonna be able to end everything, but if we can just create steps to end everything then that would help.

Outside of your music career what do have going on?

Winny: I actually work at Old Navy. So if anyone wants to come through and get some clothes, come out to Old Navy. I also work at the Daily News. I’m starting college at Hudson County Community College, just to try and figure things out. Cause I wasn’t really too sure what I wanted to do, but I know for sure music was a really be passion in my life so I wanted to pursue that. Chase the dream while I’m young, you know?

Since you just graduated high school, is there any advice you gave to the underclassmen? 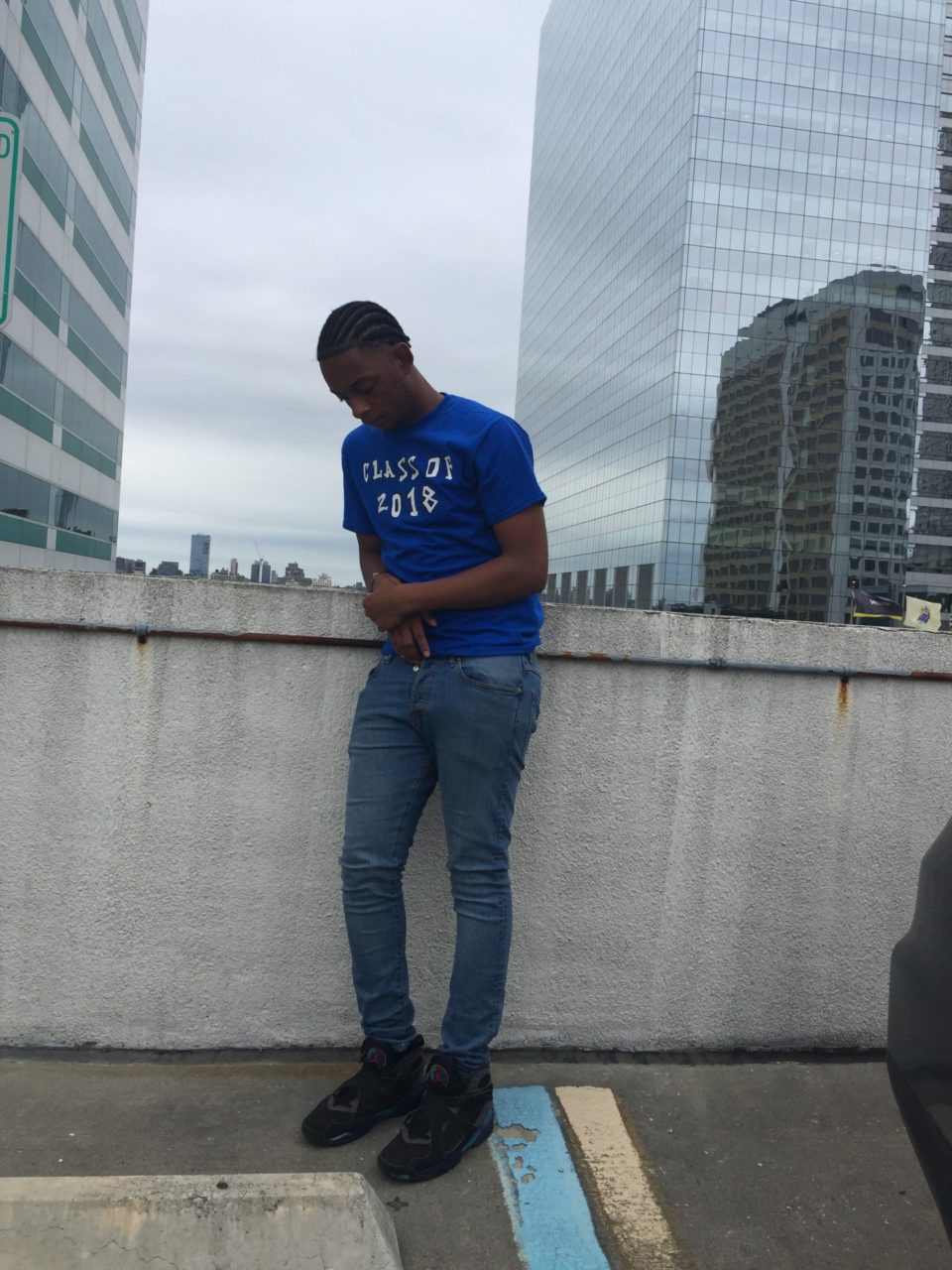 Winny: Specifically this is advice for you.

Winny: I would just say cherish the moments. You know it still hasn’t hit me yet that I might not see these people again. I know it’s not the same as back then because now we have Instagram, we have snapchat. Like we literally have two group chats. Like you know what I mean? So we can still check up on people. We still have peoples numbers. We can still keep in contact with each other. We can still greet each other when we come in contact and give each other a hug, but yea I would just say cherish the moments and do whatever you wanna do within that time. Don’t be scared like ” if someones like ‘yo let’s go to the fair’ and it’s like a group of people. I would say go, like go have fun. If there’s a class trip – cause I didn’t go on to many class trips. That’s something I regret, but you know it is what it is. Enjoy the journey to create memories.

Winny: That would be great.

But yeah, besides that. Is there anything else you’d like to say?

Winny: Nah, I think that’s pretty much it.

Winny’s album Golden Boy was released on September 4th and is streaming on YouTube, iTunes, Soundcloud, and Spotify.