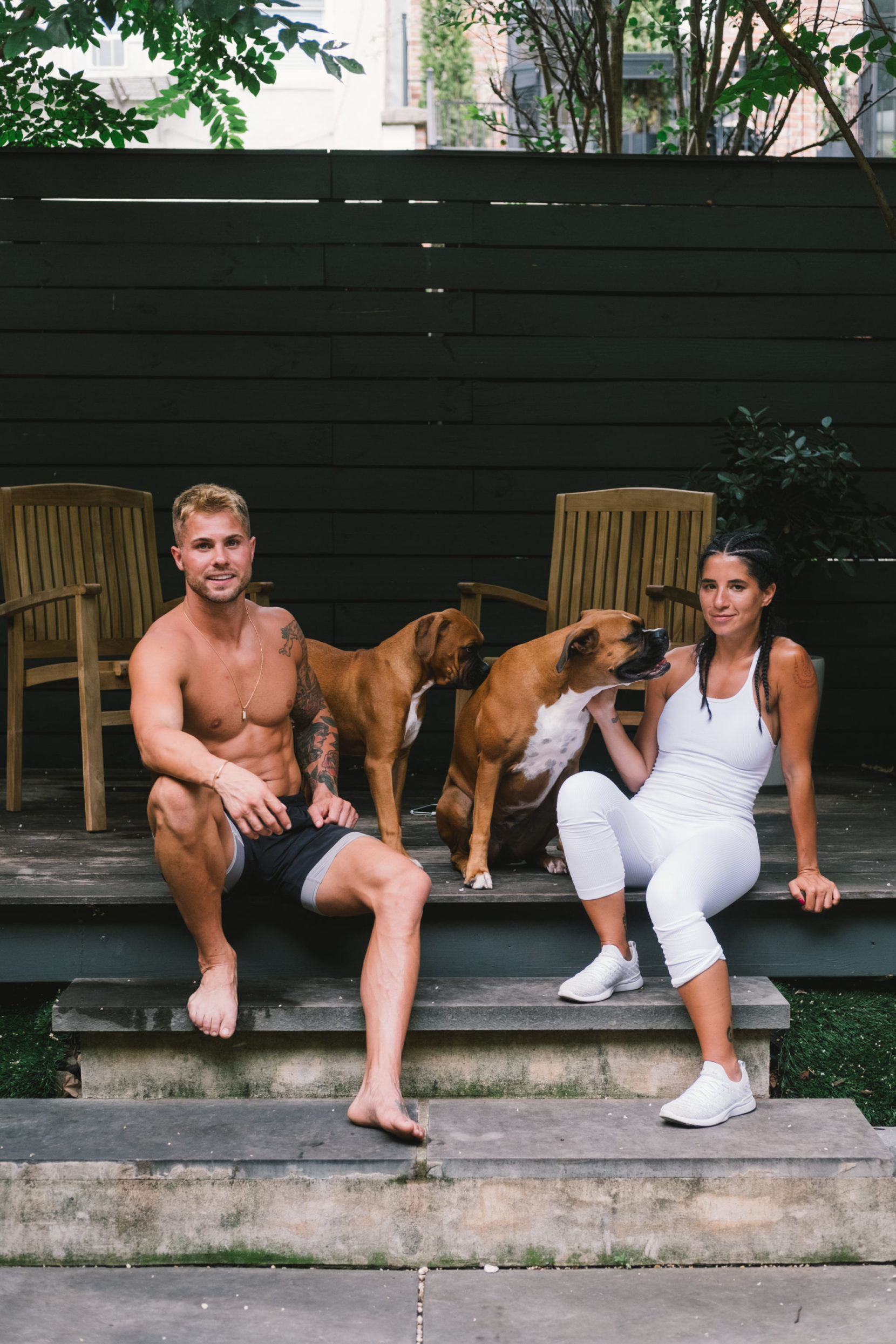 A little over 6 years ago, a handsome and very fit man “slid” in my DM’s asking to meet with me to potentially collaborate on an event for the restaurant he was managing at the time in Jersey City. We met a few days later and I remember thinking to myself, this guy is going to be FAMOUS. I don’t know why yet, or what his deal is but for fuck sakes could there be a more perfect human specimen? and what is he doing here? I am talking Brad Pitt Circa Fight Club vibes, with tattoos.

We worked together on an event and I quickly learned that there was more to Devon than meets the eye,  he is not just a pretty face. He is hard working, intelligent, energetic, creative and incredibly entrepreneurial. It was only a matter of time before the world would know his name.

About a year after our event, he changed careers and became a full on fitness professional, he was blowing up on social media and it almost happened overnight.

I had the chance to train with him a few times and collaborate on fitness posts for my blog, and I am pretty proud of that. Now to see him take over the fitness world is incredibly inspiring. Devon Levesque is always up to something and is an innovator in the fitness world. So if you’re looking for the newest and greatest apps, tech devices, training equipment, workout trend  he is the man to follow.

A few months ago during quarantine, I started training with his little sister Ashley, she is now a huge part of my life as we train 3 times a week but she also became my therapis and best friend. I am so thankful to her for being such a positive person in my life. The positive energy runs in the family.

Devon recently announced that he will be setting a world record to bring attention to mental health by bear-crawling the NYC Marathon (26.2 miles)!? Devon is raising money and awarness for FitOps; FitOps’ ultimate mission is to help prevent the 17 suicides of ex-service people in the US every day. Devon is doing this to honor his father who committed suicide when he was a kid.

Devon’s story is so inspiring.

We had the pleasure of sitting down with Devon at his Jersey City apartment he shares with girlfriend Serena and two pups. Check it out!