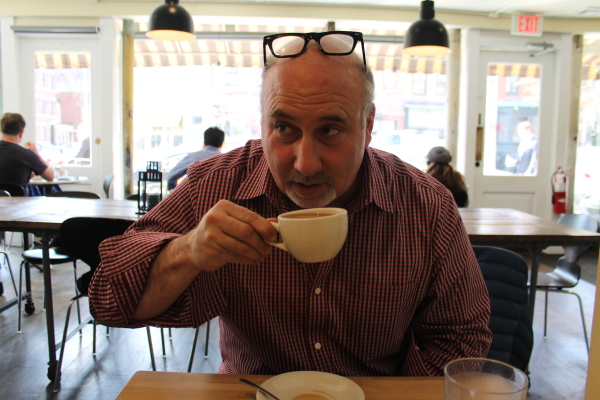 Tomorrow night I will be going to the “All Points Borscht Presents, Fifty Shades of Borscht” an evening of comedy to benefit Temple Beth-EL a beautiful synagogue on Kennedy blvd.

I reached out to comedian and local JC funny man Phil Rivo to meet me at Beechwood for coffee to get the background story. Phil is hilarious, and some of the stuff we talked about I just couldn’t publish!! He is cracks me up, and I know its going to be a good night! Also important to mention, Jersey City’s Playboy bunny Rachael will be performing! Jews and Boobs. Sounds like a winner to me. 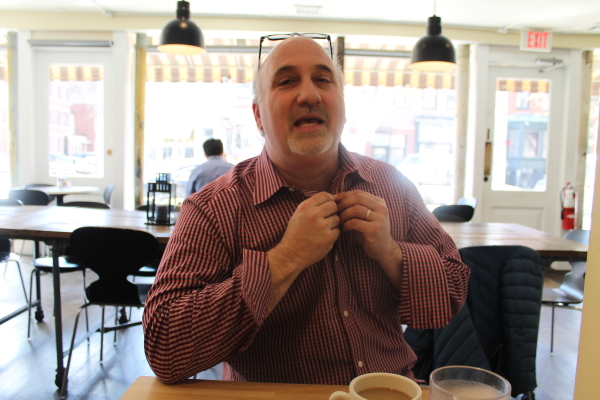 Are you ready? I love chickpeas. It’s like my favorite thing in life. Chickpeas, garbanzo beans and cheechee beans. What do you have on your arm there? Red farfalle?

Haha it’s a bow tattoo! Are you going through your bit now? Haha no.

Haha. What is your name? Phil. I am a comedian.

What do you do for money? I am a realtor, I lie to a lot of people and I tell them to buy things.

How long have you been a comedian for? since I was 7, I was voted funniest in my high school class, that was 35 years ago and I’m still looking for that big paycheck and I’m not giving up. 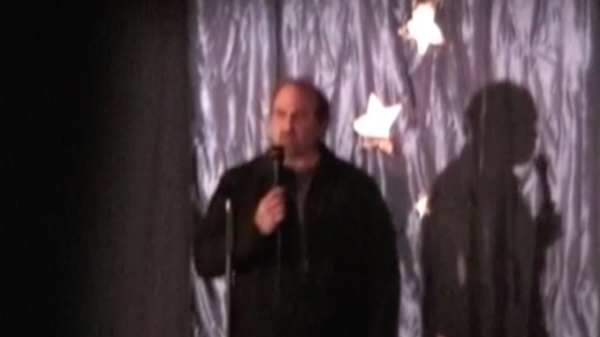 So tell me about the show that you’re doing. It’s a fundraiser at the temple/synagogue you don’t have to be Jewish but the humor is very Jewish.

Tell me a joke, what can people expect from the show? It depends on how my mood is that day….There was a time that I was told that I had cancer… and I think I just wanted to get it for  attention so I can be like “look at me” and it will prove that life is miserable. I’m bursting with life with these two kids… you have to have 2 kids or people will think that you’re gay. 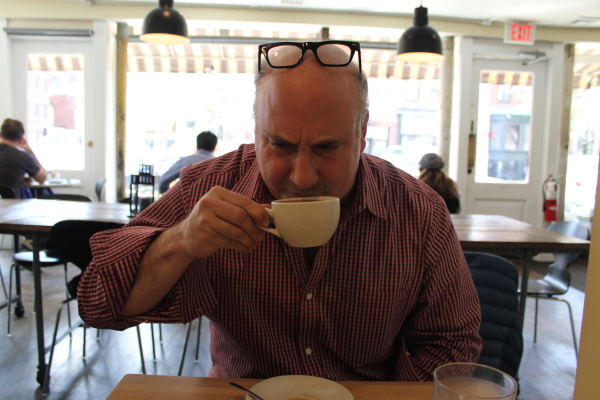 Are you always like this? I got my highs and lows…. I love my wife…like I want to have sex with another woman just like I met a lovely woman today… There are no classes on how to please a woman I have no idea how you guys work. It’s like cooking a brisket.

Can you tell me more about the Jewish community in Jersey City? it’s kind of like nobody walks around with armbands saying how Jewish they are, or wearing Kepas, and Yarmulke… 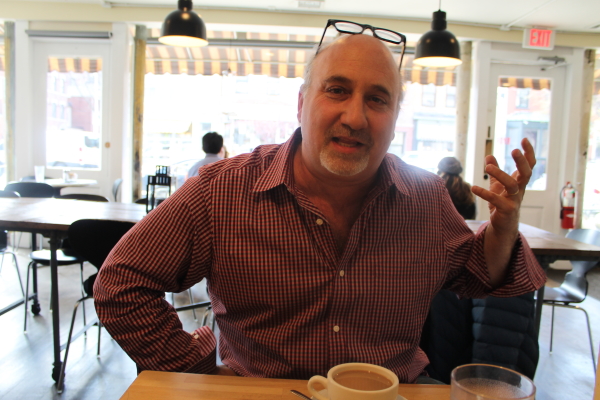 What can people expect from the show? We are going to have a great show, we have Rachael Robbins who you interviewed, a young Jersey City guy named Jason Younger, he does observational comedy, he is short and bitter, he has been on Letterman before.  It’s in a beautiful building, we even welcome anti-semites because we need the money [Laughs].

I feel like only the 10 percent of people who read this post is going to get it [Laughs ].

How do you feel Jersey City has changed? Everyone thinks that they are special. The city is great, Steve Fulop looks good in a jogging suit and we should be happy about that [Laughs]