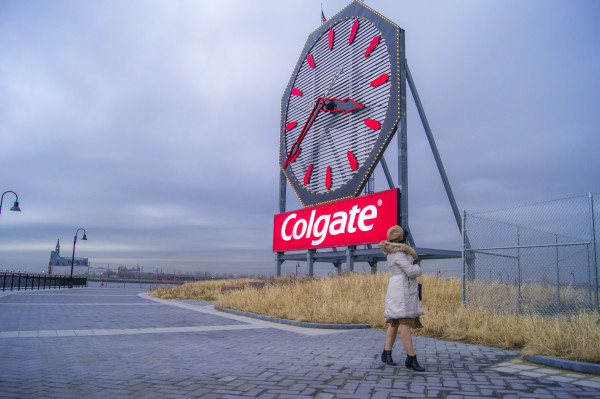 A few months ago I teamed up with local artist Pat Massett to bring you all a little slice of Jersey City History combined with fashion! As part of my journey of discovering Jersey City, learning it’s history has become an integral part of this discovery process! So far we’ve covered Pershing Field, The Arch and The Central Railroad… 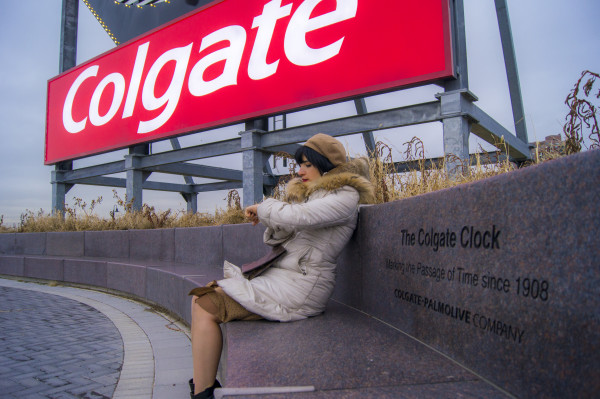 Time for a little history on “The Colgate Clock”, a Jersey City landmark on the waterfront. I am sure most of you have seen this clock, whether you are from Jersey City or see it across the river…you really can’t miss this thing. I’ve always wondered what the background story of this clock was so I asked Pat to give us the background. I grabbed a cute vintage inspired outfit and my friend and photog Chris Capaci came along for the tour. It was so cold that day that I ended up wearing a coat throughout the whole shoot. Sorry fashion friends but pain is not pretty to me!! 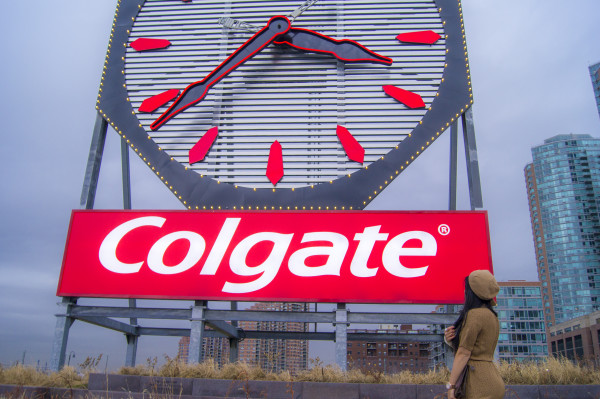 Pat, give me the background on the Colgate Clock. (Pat) When one thinks of the name “Colgate”, they most likely think of toothpaste almost immediately. And why not? It has been their main product for years… but Colgate has been around for a long time, and when they started out – they were known for various products, none of which were toothpaste. 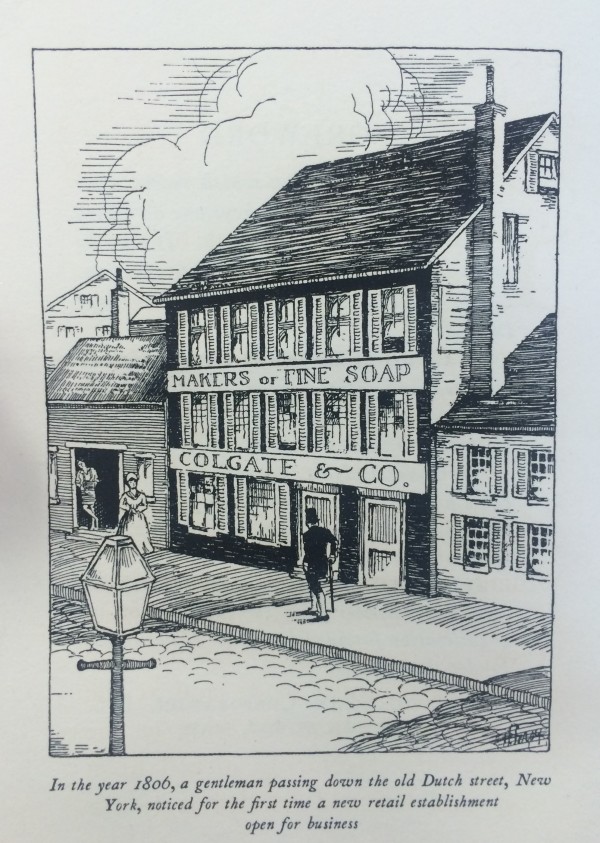 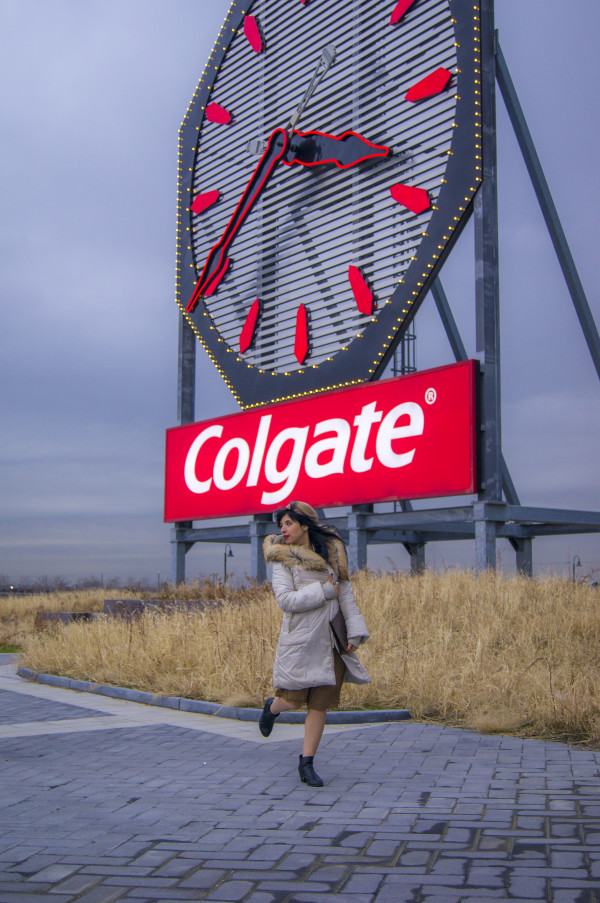 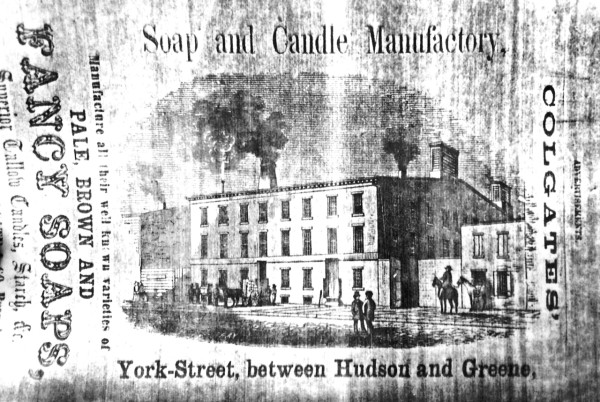 The story of the Colgate Clock actually begins more than 200 years ago across the Hudson River in lower Manhattan. In the year 1806, a man named William Colgate opened up a small shop for making soaps, starches and candles. His business was fairly successful and there was a need to expand so he moved across the river to a larger facility in Paulus Hook. By 1820 Colgate produced various products for many years and toothpaste was introduced in 1873 and came in tiny jars. By 1906, they celebrated their 100 year anniversary. 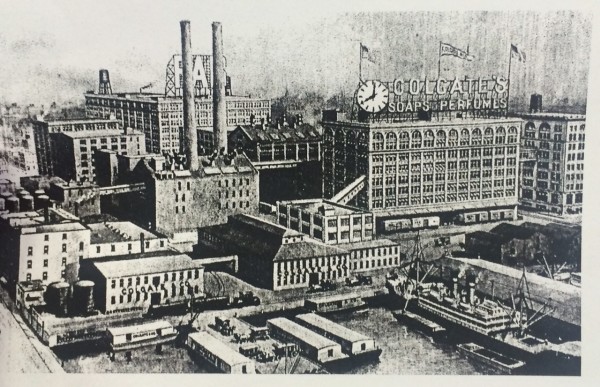 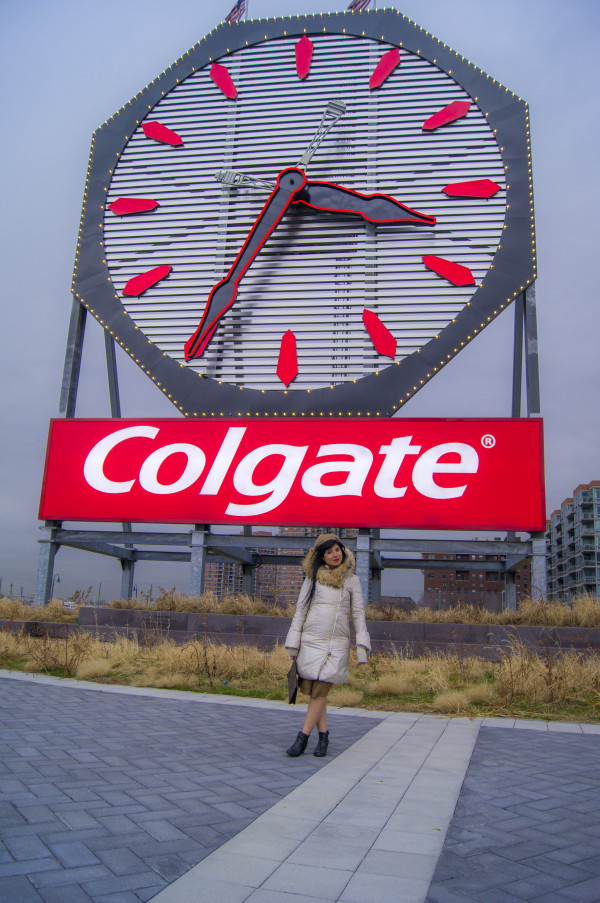 At this time, to celebrate their centennial, designer Warren Day decided to construct a clock in the shape of their biggest product- the item that made them a household name; a bar of soap. Back then, they produced an 8 sided (octagonal) bar of soap, so people could grip it better. The Colgate Clock was smartly designed in this very shape. 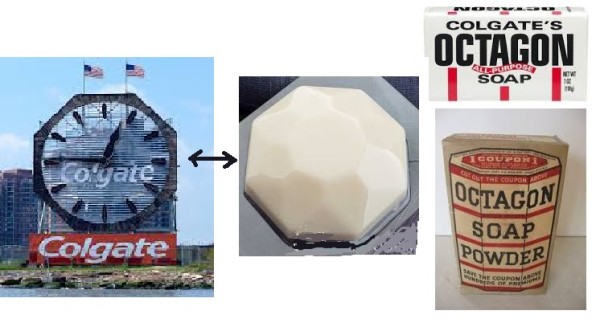 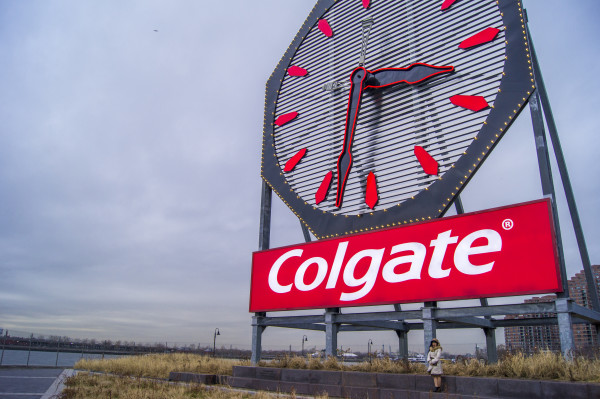 This clock (40 Feet in diameter) stoop on top of the 8th story Colgate Factory on York and Hudson street until 1924, when it was replaced by the clock we see today. At 50 feet in diameter- it was now the largest clock in the world. And was set in motion by Mayor Frank Hague on November 4th, 1924. 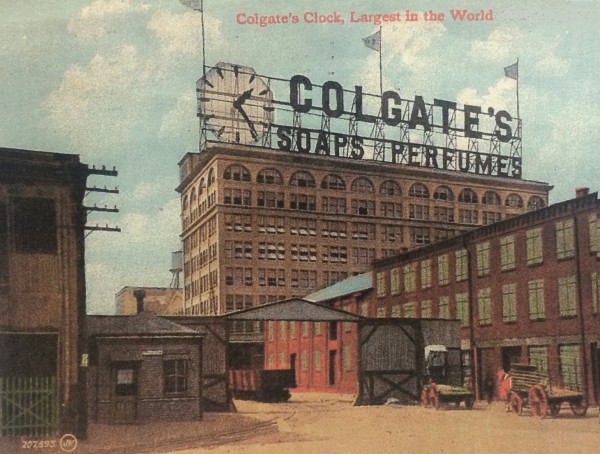 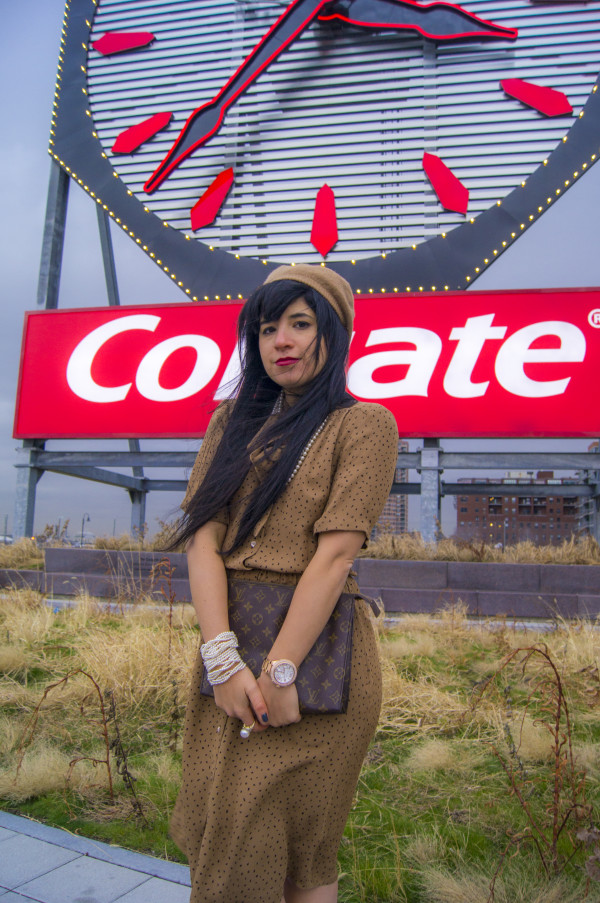 The giant clock was checked against a smaller clock that was in the Colgate office downstairs. Which was regularly timed according to the U.S Naval Observatory in Washington D.C. There was a specific job for clock maintainer and when it went out of sync- he would climb up the roof to adjust it. 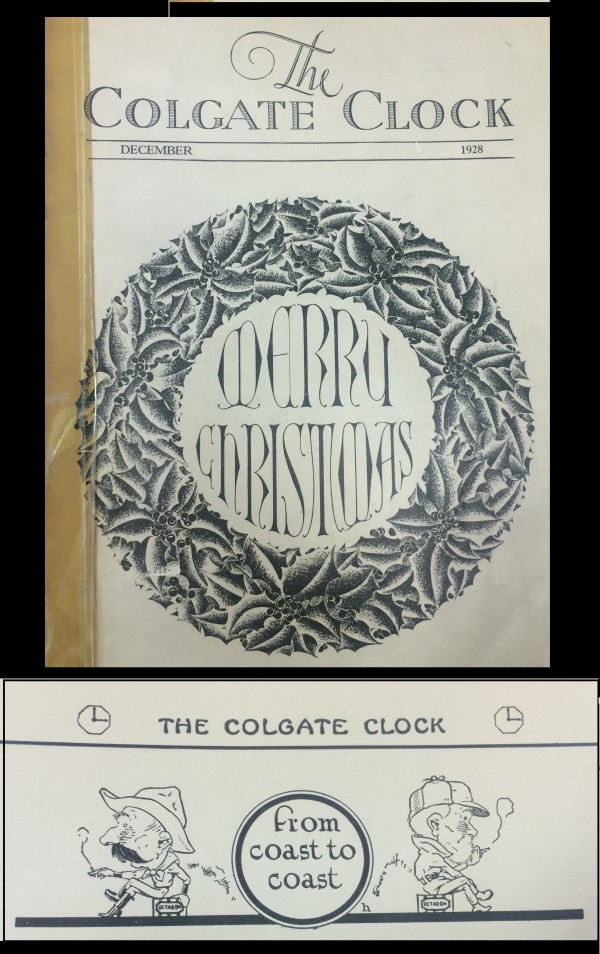 Many people grew to depend on the clock. When the clock was shut down for repairs in 1955- the Colgate office received hundreds of complaints from people in New York City who looked across the river to know what time it was!

Their clock was world famous- their company newsletter was titled “The Colgate Clock”. But by 1986, Colgate needed more space and relocated their other facility in Jeffersonville, Indiana, where the previous clock went (the one from 1908-1924). 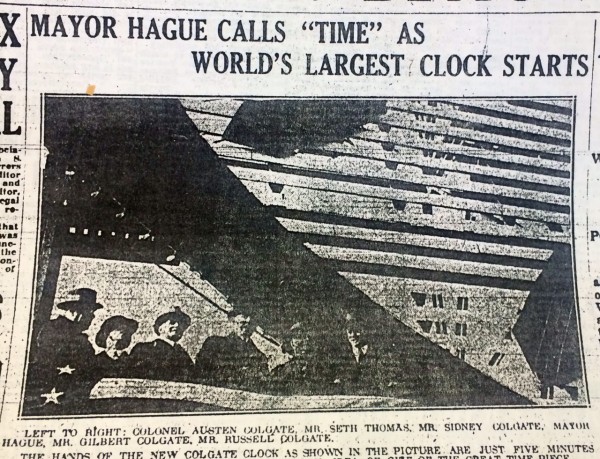 The Colgate factory was torn down and Jersey City was left with the clock on the waterfront. It stood on the spot where the tallest building in New Jersey- Goldman Sachs would eventually be built. Upon agreement, Goldman Sachs now maintains this famous clock. 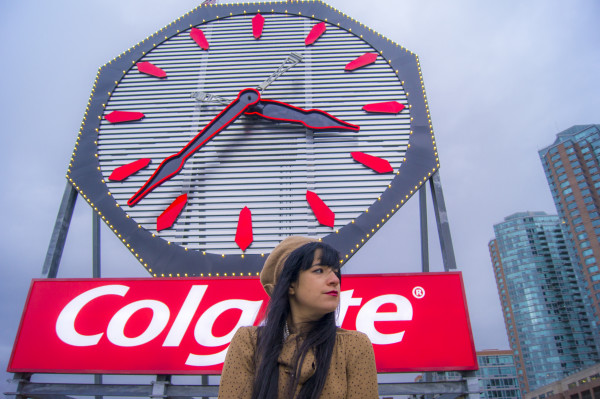 Today we have the once largest clock in the world right next to the largest building in the state.