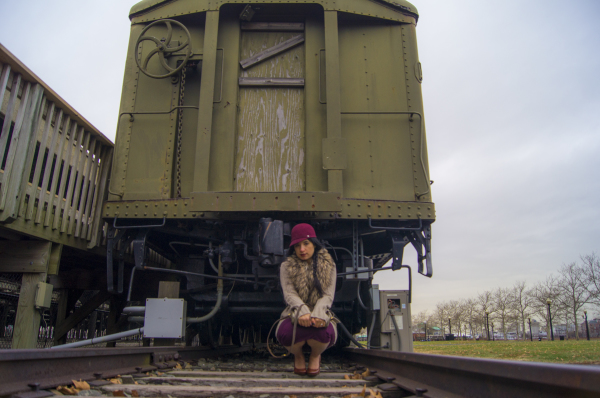 As part of my journey of discovering the wonders of Jersey City, I’ve enlisted local artist Pat Massett to be my official ChicpeaJC historian! Pat is a Jersey City enthusiast and history buff and with his help I brought you the background on Pershing Field, The arch and the Powerhouse. For this months edition we bring you the story behind the CRRNJ! 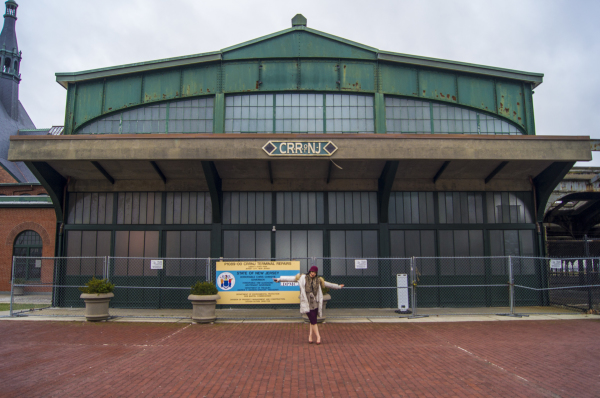 Every time I go to Liberty State park and walk by the old railroad I always picture the million commuters coming in and out of this station; the stories, the fashions…. it’s all so magical to me. To look the part I put together a vintage inspired outfit with a mix of new and vintage pieces; A Victoria Secret sweater with a faux fur trim I got online, Top Shop pencil skirt in oxford blood, a hat I purchased on a trip to London, and a vintage Gucci handbag. Chris Capaci my friend and photographer came along for the tour! I was so cold shooting these pictures I had to throw on my Mackage winter coat! 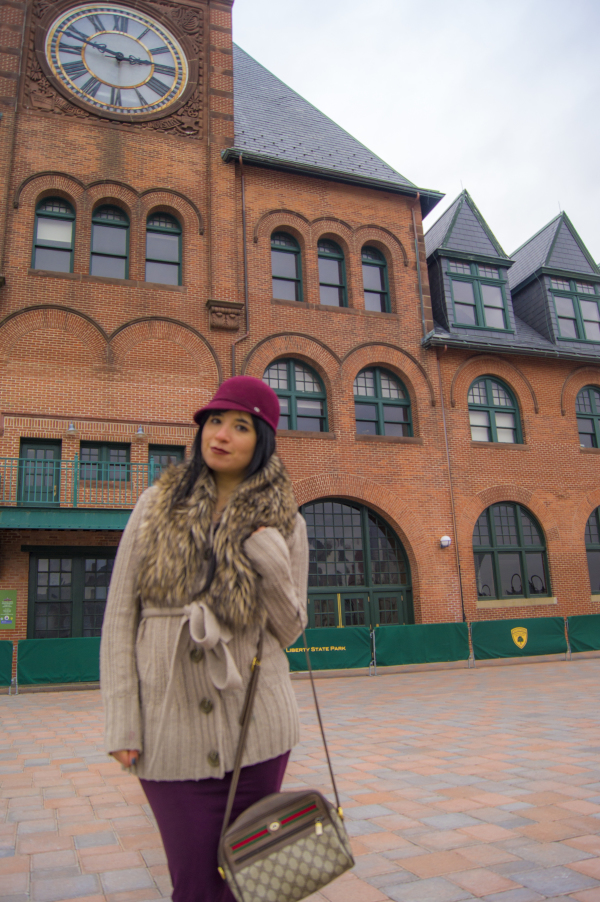 Pat, tell me more about the CRRNJ. Along the Liberty State Park waterfront, there are three landmarks of major historical significance. They are referred to as “The Historic Trilogy” by local historians- because they all came together to play a major role in American History. But one in particular, helped solidify Jersey City as “The Gateway to the West”. 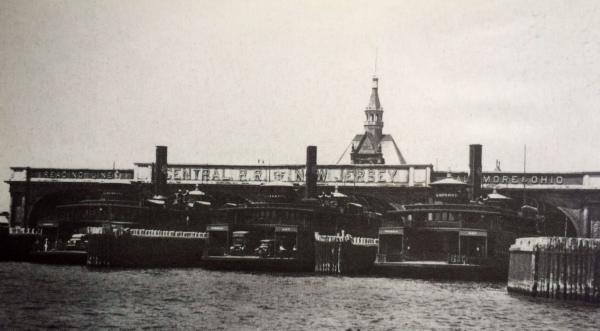 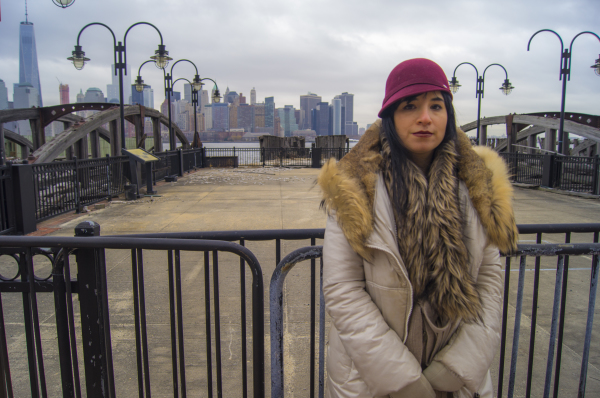 When the Statue of Liberty was erected and dedicated in 1886- it drew worldwide attention to our area. The statue was the definitive symbol of freedom and a new way of life for many immigrants. New York harbor was a main entry point to America, and with the opening of Ellis Island in 1892, the Central Railroad Terminal (recently built in 1889) was the next stop. From there on, they traveled west. 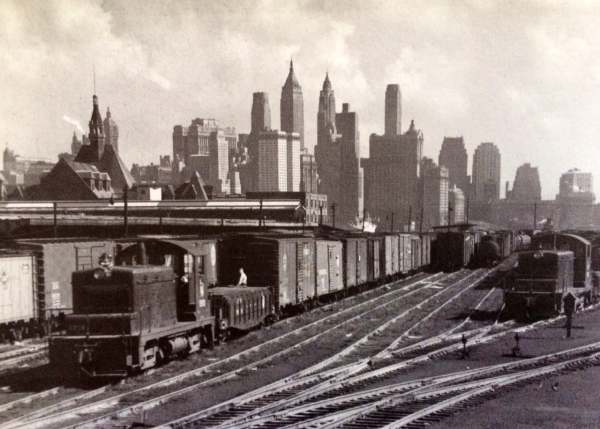 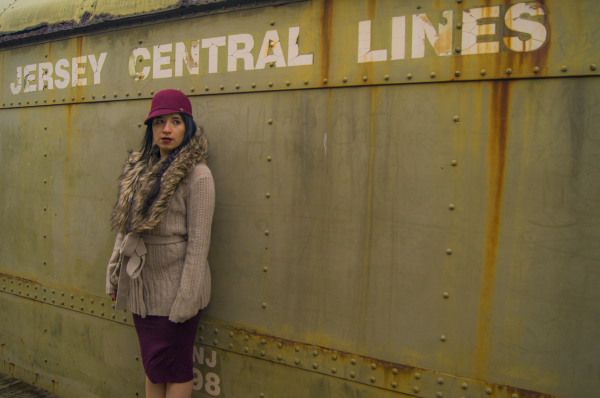 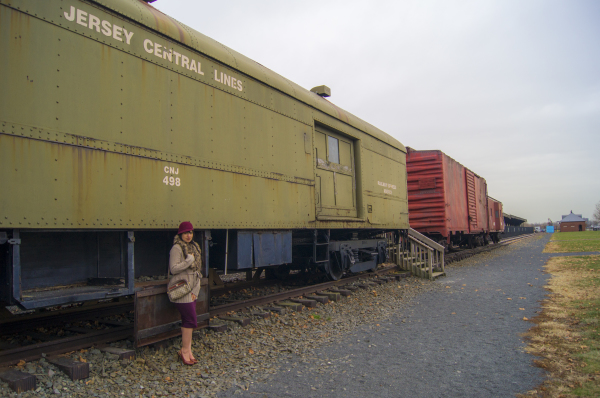 It is estimated that over 15 million people began their lives in America starting at Ellis Island. An average of 5,000- 7,000 immigrants were processed each day. It is the largest migration in human history. And many of them then traveled west (an estimated 10.5 million) through the Central Railroad Terminal. 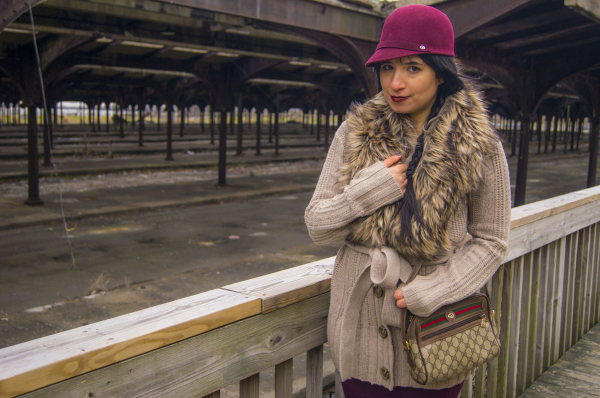 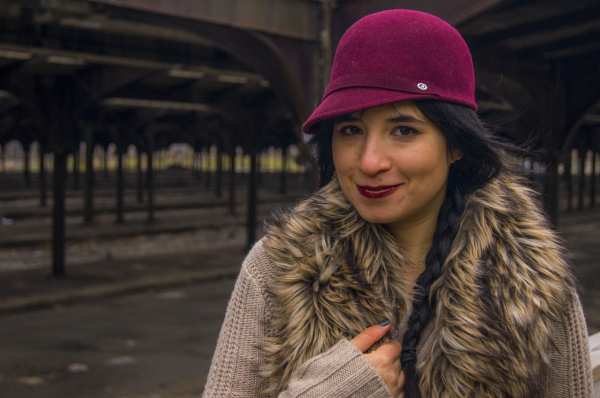 During the peak era of the CRRNJ (1890-1929), between commuters and immigrants, some 30,000 – 50,000 people passed thru the terminal on a daily basis. Each day there were 300 trains in service on 20 tracks and 12 platforms. The ferries from the CCRNJ Terminal made over 350 Hudson River crossings per day. 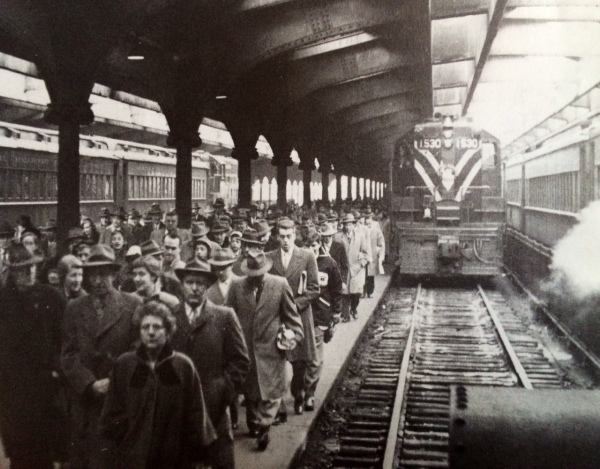 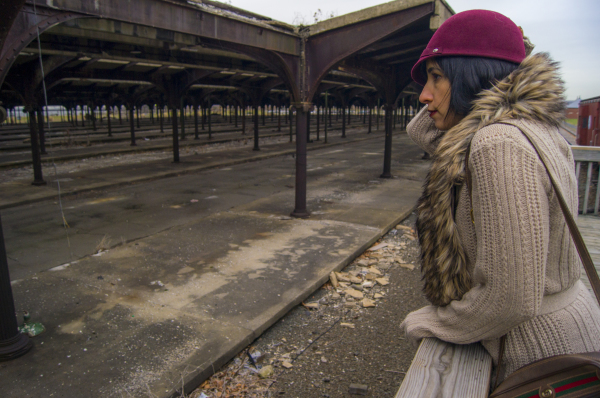 Numerous other railroad lines also came together here at the CRRNJ Terminal. These included the Baltimore & Ohio Railroad (“B&O”) which serviced Chicago, Washington D.C., St. Louis, Cincinatti, and Pittsburgh. The Reading Railroad serviced much of Pennsylvania (Philadelphia, Harrisburg, etc.), and the Lehigh Valley RR- which served Pennsylvania, much of greater NJ. 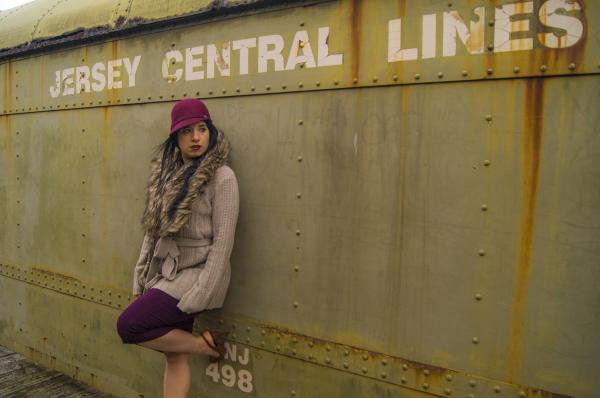 By the 1940s, the Central Railroad & their ferry service suffered declining ridership due to a number of factors. The expansion of the highway system, the construction of nearby bridges (the Verrazano Narrows, etc.), along with harsher immigration laws of the 1920s affecting Ellis Island and their eventual closure in 1954. The CRRNJ continued running up until its bankruptcy in 1967. 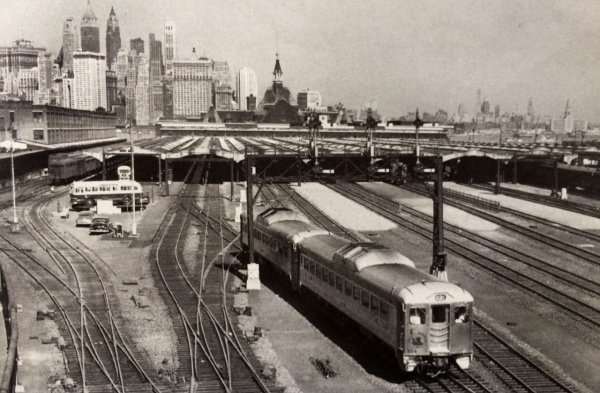 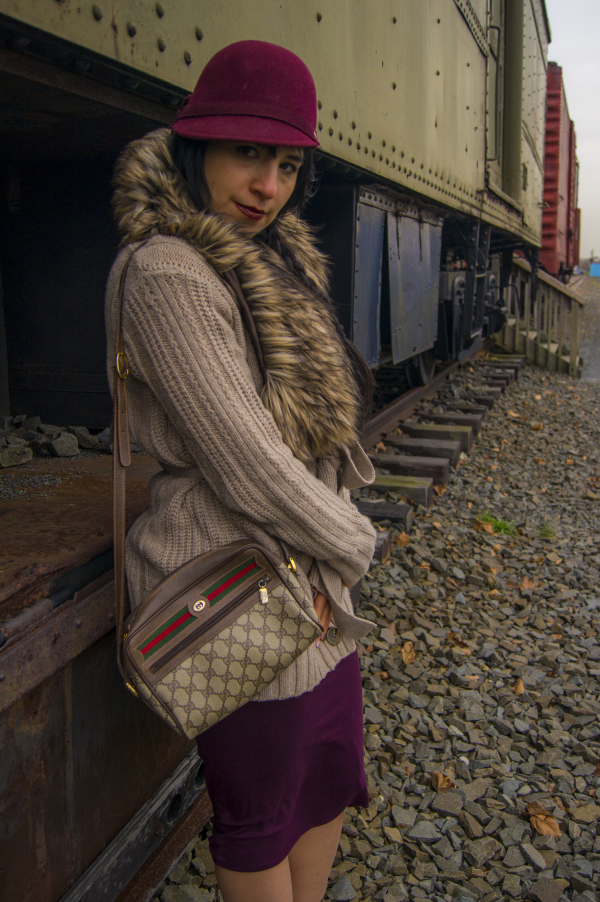 By the 1970s, the Terminal and the entire surrounding area was in danger of total redevelopment. But thanks to the efforts of local activists Morris Pesin and Audrey Zapp, the Terminal was preserved (along with the area now known as Liberty State Park). The CRRNJ Terminal was put on the New Jersey Register of Historic Places and began restoration. 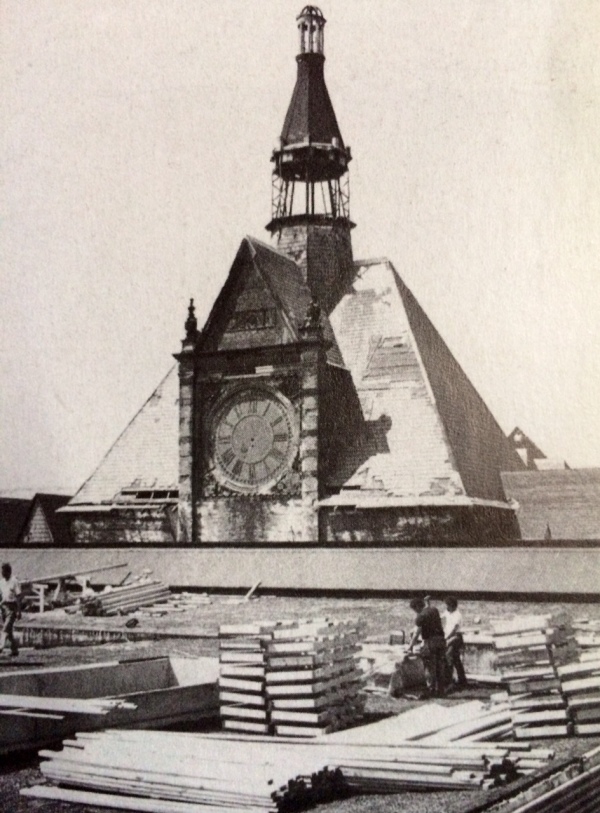 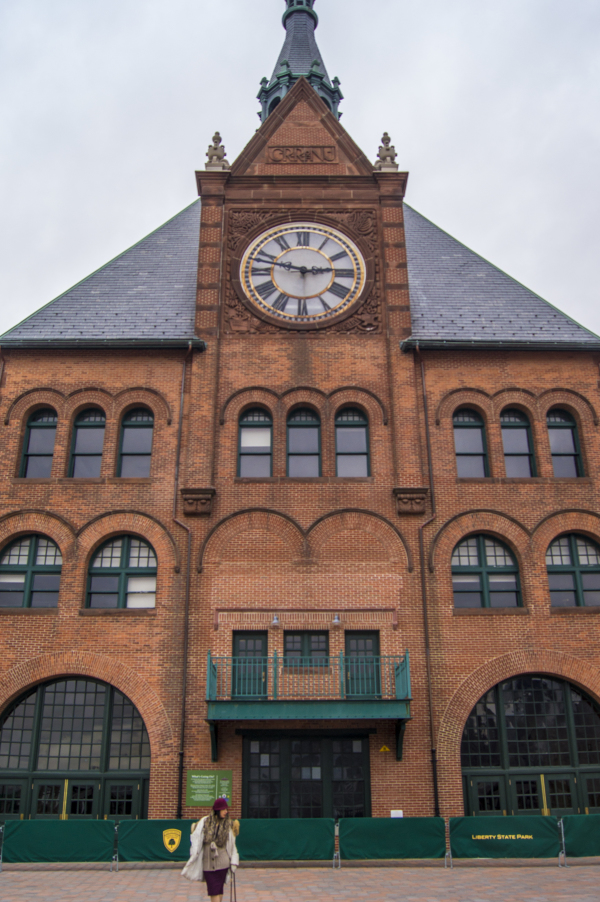 Over the years the Central Railroad of NJ Terminal and Liberty Park was the host of many outdoor festivals and concerts. In 2008 and 2009, the area hosted the “All Points West” Music & Arts Festival. In an article discussing the origin of the name, concert organizer Paul Teller recalls, “historically, immigrants who came to Ellis Island would go to the Central Railroad of New Jersey terminal, which is still on the park’s grounds, then board trains for “all points west”…’What a perfect name for a festival'” 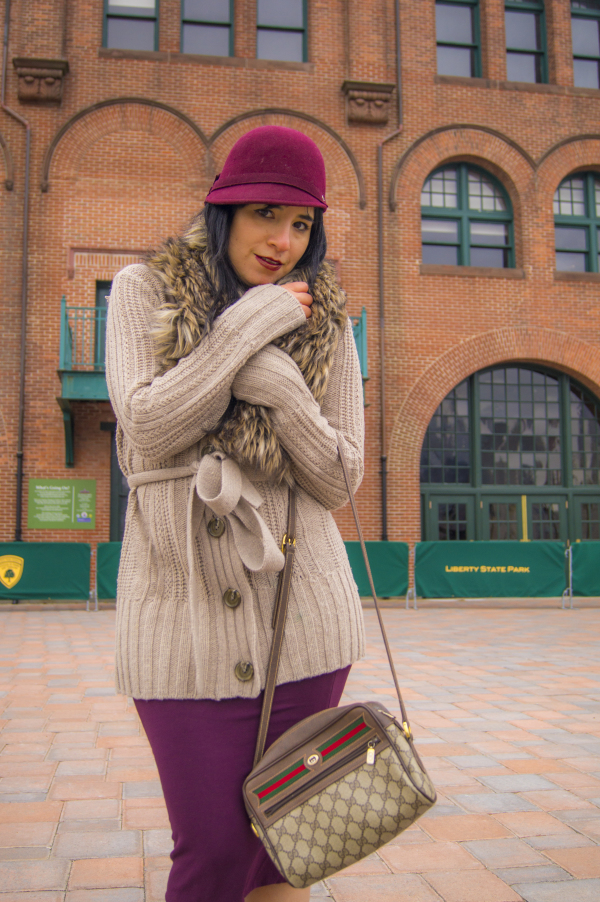 By October of 2012, as a result of Hurrican Sandy- the terminal suffered severe damage to the roof, windows, doors, and interior. It is now closed pending further restoration by the State of NJ. 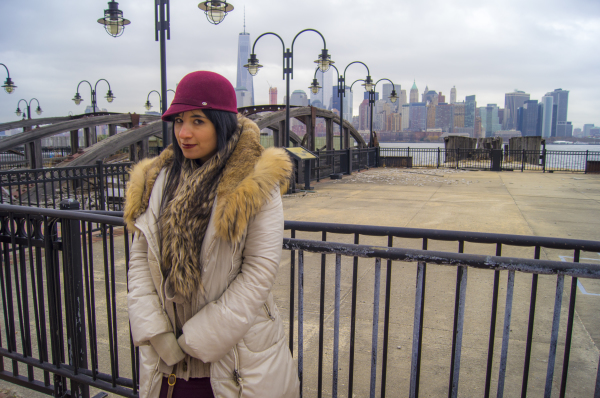