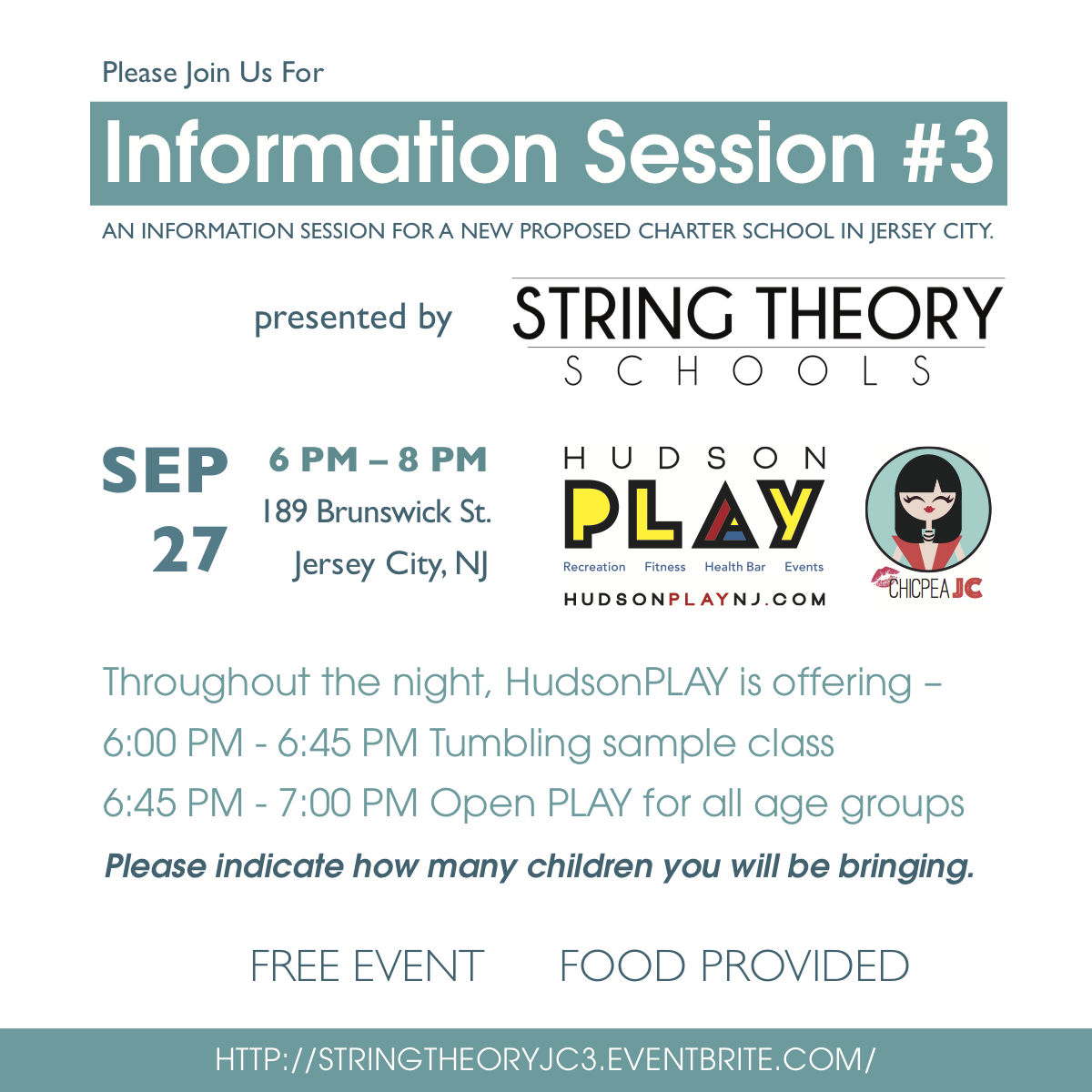 Just a couple of weeks ago, String Theory held an information session at The Brightside Tavern, and it was a huge success! In order to give parents another opportunity to get to know String Theory Schools and Education, they held another session on Tuesday the 13th. We had a smaller group come out, but it […] On August 30th at The Brightside Tavern, String Theory Schools and Education hosted an information session for parents in the area interested in the charter school that will be coming to Jersey City in 2018. It was a great turnout – 70 people RSVP’d and made it to the session! The String Theory staff took the […] Photos by Andy Mac I’ve visited quite a few buildings since I started my blogging journey, but none of them were like Modera Lofts. They were all awesome, don’t get me wrong, but they were all new buildings that were built from scratch. Modera Lofts has a unique story behind it – it was redeveloped […] A few weeks ago, Chris, lead singer of punk band Crazy and The Brains, reached out to let me know about a fundraiser he was planning for the Jersey City Anti-Violence Coalition and asked if I was interested in being involved. I told him I would do anything he wanted, even go as far as […] There is so much going on in Jersey City! Recently when brainstorming with my web dude from Binary Sprocket, we came up with the idea of implementing classified listings. I thought this would be valuable because it’s very hard to find Jersey City specific ads on Craigslist (and other news sites). We wanted to build […] A few days ago, I went to shop at Target. When I saw the “Back to School” signs, I almost passed out. Is summer really almost over? At the end of August, I always feel like a kid again and get that before-school anxiety. What will I wear for the first day?!  Yes, I know I’m […] Mini-chicpea, my little baby, is about to turn 4. It is so crazy how time flies! We are at the point where we are looking into options for her future. We have so many questions! Public schools? Charter school? Private? I don’t even know where to begin. A few months ago, I heard about String […] Photos by Jushin Gonzalez Journal Square is the diverse transit hub of Jersey City smack dab in the middle of an ever-changing skyline. Before the major commercial and business district was titled Journal Square (in 1923 after the Jersey Journal), it was laden with farmhouses and manors from the original Bergen settlers of the 1660s. […] The Morgan is a brand new luxury condo building located in the Powerhouse Arts district in Downtown Jersey City. The Morgan has all the amenities you can dream of and it’s conveniently located right by the Grove Street PATH train and all the downtown action. They recently invited me to tour the space and I […] The Historic Downtown Special Improvement District announced the expansion of the HDSID boundaries and it is official this week! Below is a map of the new district. I caught up with Rachel Sieg, the Executive Director of the HDSID to hear more about the great news. Rachel, how did the plans to expand come about? This […] Where is Bergen-Lafayette? Bergen-Lafayette is the amoeba of Jersey City neighborhoods. As its name implies, it’s a collection of blocks with a zig-zagging border that sits southwest of Downtown and overlaps with Greenville to the south, Lincoln Park/West Bergen to the west and McGinley Square to the north. It includes Bergen, Beacon, Bergen Hill, Communipaw, […] Let’s Explore: The Powerhouse Arts District The Powerhouse Arts District (or “PAD”) is one of the smallest neighborhoods in Jersey City, but it packs a helluva punch. Primarily comprised of manufacturing buildings erected in the 1800s, turned into artist live/work spaces in the later 1990s and early 2000s (and living among the new high rises dotting Jersey City’s […] Greenville is one of those neighborhoods in Jersey City that a lot of people don’t know of off the bat. Its south of a lot of the action and development that JC is seeing and like a few other neighborhoods in the area, the 1970s hit it hard. But the Hudson County History Advocates partnered […] Continuing on our journey of Jersey City neighborhoods, let’s visit The Heights! I sat down with Roger Heitmann, Treasurer for the Riverview Neighborhood Association who was born in the Heights and has lived here for most of his life. His family lineage in the Heights goes back to 1891 and he’s a bit of a […] I’ve set out on a journey to learn a little more about each neighborhood in Jersey City; its history, architectural details, landmarks and any other interesting anecdotes I come across. Let’s start with Paulus Hook, shall we? When I started asking around for a good resource on the neighborhood, all signs pointed to Diane Kaese, […] History came alive last night at the Battle of Paulus Hook commemoration as a fife and drummer reenactment group led flag-waving celebrators, young and old, from the corner of Washington and Dudley to Paulus Hook Park, proving that the past is not dead. The march, now in its 10th year and put on by the […]