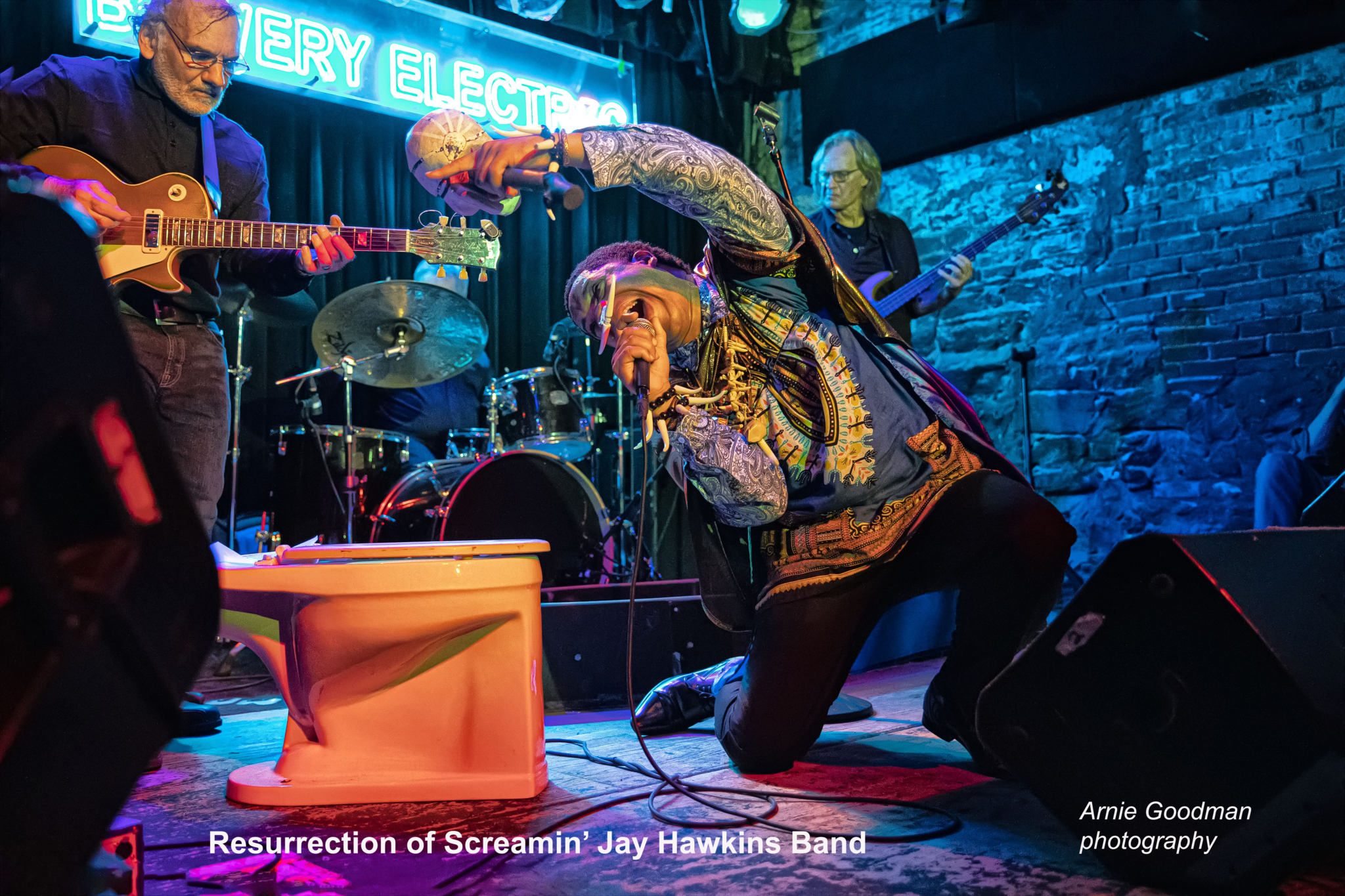 We are Proud, Stoked, and Honored to Announce The Return of “THE RESURRECTION OF SCREAMIN’ JAY HAWKINS” at Randy Now’s Man Cave the Saturday Before Halloween – SATURDAY OCTOBER 24 – 7:30 PM – $ 25 Tickets – The Perfect Band to Bring to The Man Cave Just Before HALLOWEEN ! – Last year, the show sold out BEFORE anyone had ever seen the band ! On Sale Now !