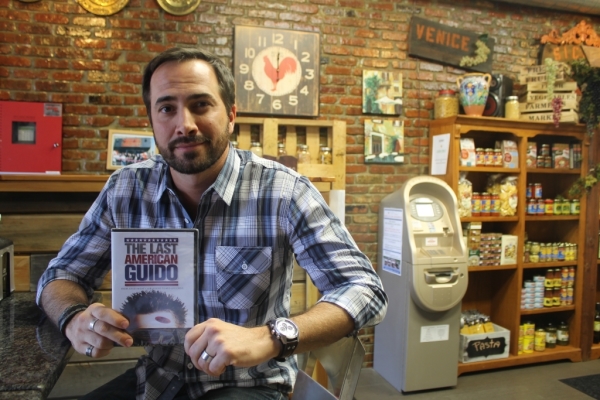 A week ago I went to Bocelli’s on Central Ave for a meet and greet of the cast and crew of the indie film “The Last American Guido”. When I got the invite I checked out the actors and directors bio’s and they all have ties to Jersey City. Most of the movie was even shot here!! I obviously had to go and support and maybe eat some pizza?!

This movie is HILARIOUS!! And the perfect romantic comedy. I highly recommend renting it.

“In the 90’s, Tommy ruled the Jersey club scene. His style, moves, and sheer confidence were unprecedented. Nowadays, Tommy runs an Italian Deli. His hairline has receded, his fashion has faded. When he discovers his fiancée, Stefi had an affair, he’s forced back into a world that has passed him by.”

Can you tell me what it’s about? Well, The Last American Guido is a Romantic-Comedy about a guy named Tommy Losurdo who finds himself at a cross-road, midlife crisis situation in his life. He has everything going his way and all of a sudden, life kind of changes and carpets pulled out from under him—he finds his fiancé cheating on him, he was about to propose to her and everything was going great and then all of a sudden his life changes at about forty years old. He has to figure out a way to plow through it and through the support of his friends and family he finds himself on a crazy adventure. Falls in love with another girl named Gina, Tommy and Gina from the famous Bon Jovi song. And in the end it’s a good comeback story and he figures it all out. 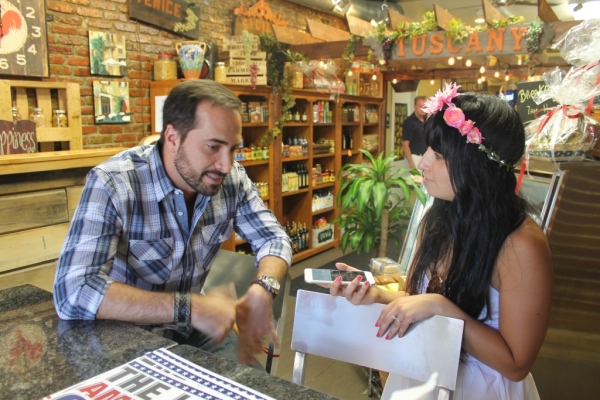 The word “Guido,” doesn’t it have negative connotations? Only since the Jersey Shore came on, but before that, god, it’s been around since I was a kid, since the late 80s.

What does “Guido” mean? I think that’s an answer depending on where you’re from. Now I grew up in Nutley, New Jersey so that’s as Italian as it comes. For us “Guido,” I would say originally was a style of dress and a fad, but kind of turned into a persona. So everybody had the cavaricci’s, so everyone had the black and white Reeboks, and the gold and listening to freestyle music and going out on the weekends and going out to clubs. And being a Guido was pretty much if you were an Italian kid. 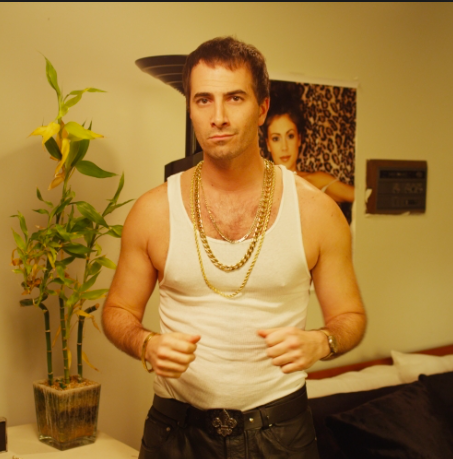 Were you a Guido? I tried to be. I mean it didn’t matter who you were, you could be a Latino, you could be black, you could be Asian, but obviously an Italian thing. I tried to be, I don’t think that was ever organically me, that phase kind of started maybe Freshman, Sophomore year of high school. You know how that is, just wanted to fit in.

You mentioned you were from Jersey City? No, my father.

Your father is? Where is he from? My father grew up on Custer Ave. off of JFK Boulevard which is right by the border of Bayonne and he went to Snyder High so this was a great film to be a part of, kind of tribute. 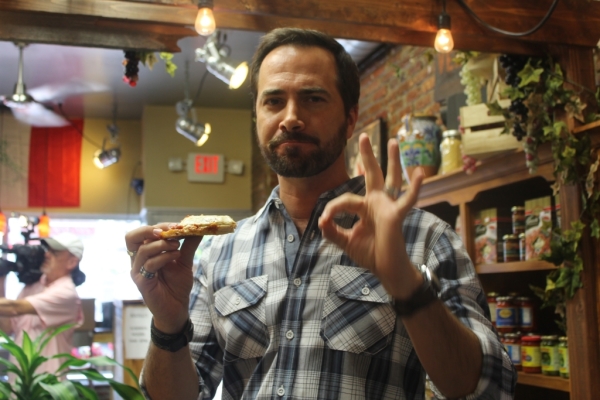 It was filmed in Jersey City? We shot all over. The majority of what we shot was Jersey City and Hoboken; we actually got to shoot where I grew up in Nutley which was amazing, you know that’s my hometown.

Do you have a favorite Jersey City hangout spot? I like to hang out at Bocelli’s.

Anything you’d like people to know about The Last American Guido? You gotta see it; you gotta support Indie-Film here in Jersey City, in New Jersey. I feel like it’s one of those films that’ll be a great underground cult classic. Spread the word, it’s a good time. 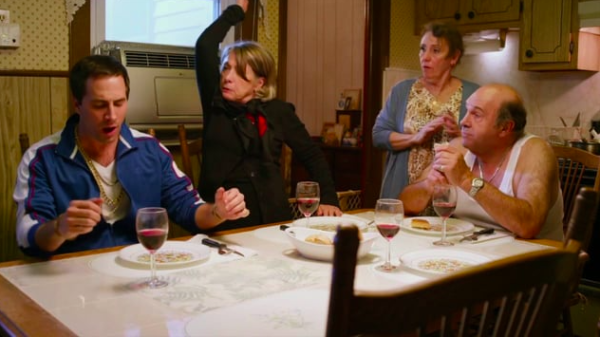 Well I’m excited to watch it! You should be.

What’s your name? My name is Vito LaBruno. 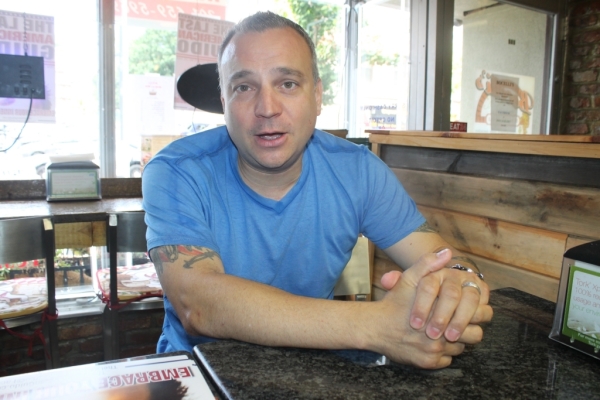 What do you do? I’m the writer, producer, director of The Last American Guido.

So you wrote this movie. Yes.

What was the inspiration? When I was younger, I’m talking like in my early twenties; my brothers took me out with them, they were much old and they were kind of, I don’t want to say Guidos, but in a good way, they were proud of it. Years later my brothers got older and I thought what if they had to go back into my world, they were outdated, that were out of the mix. I just thought it would be a funny story if a guy that was once a legend in the 90s tried to come back into this world. Like he’s wearing gold and everybody’s wearing iced out platinum, his hairline is receding.

So funny, I saw the trailer I was like that’s hilarious. There’s nothing negative about a Guido, The Jersey Shore kind of set it negative because of the people they had on the show. I think it was more the people. 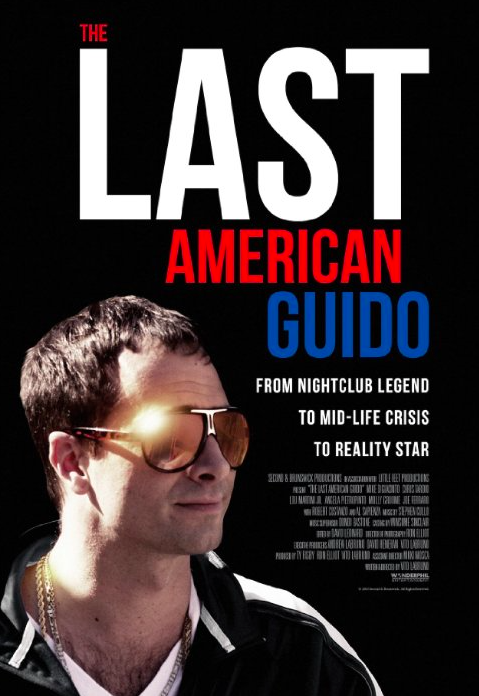 Did you get any backlash over the name? It was very small backlash in the beginning; it was an American Italian Association, a lot of elderly people. I just don’t think they understand and if they watch the movie, it’s totally a positive story about being comfortable in your own skin and embracing who you are. As you see the poster says, “Embrace your inner Guido,” so it’s basically this guy embracing who he is even though he’s a little out of the mix. His fiancé cheats on him and he meets someone new who likes him for who he is and it’s sort of a Romantic-Comedy, a fish-out-of-water Romantic-Comedy.

What are your plans to promote the movie? Right now the movie is on iTunes, it could be rented or bought and I’m working on a Netflix deal as we speak and hopefully after the iTunes run I could get it on Netflix so that it could open up a much bigger audience for it. When we released the movie I had a couple of sold out showings in Hoboken cinemas and also the Jersey City Loews, this was like in late 2014. And then I played a couple of festivals, I actually won Best Director and Best Movie at a festival in Downtown, Jersey City. 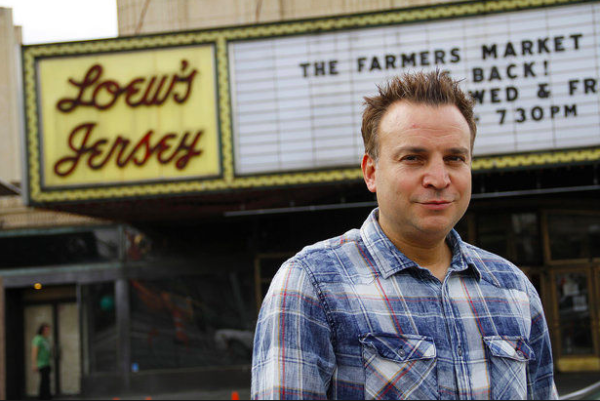 Which one? The Jersey City Film Festival.

Basically, I just want to get it on Netflix and I just got a small foreign distribution deal out of Northern Africa, oddly enough, so that’s my first distribution finalized. I’m hoping more come out than that, it’s a small area in Africa. It’s funny that Africans would like Guidos; I’d like to get opinions from people about the film.

Why did you move? More space? I had a baby on the way and I just had a small apartment and I needed more space. I was able to capitalize on the boom Downtown and sell the house and get something in the suburbs plus pay off the rest of film which put me in debt because a lot of it was self-financed. You know I have a few investors but for the most part it was me. 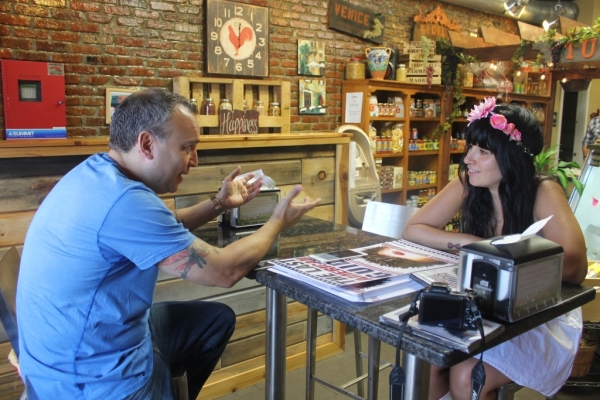 How do you feel Jersey City has changed in the past couple of years? I think it’s changed for the better, but a lot of people, like the born and raised here feel it didn’t change for the better because they’re kind of priced out and it’s just not a neighborhood anymore where you know everybody on the street. Like a lot of people lived there for a year and then they moved. To me, I think it’s awesome what happened, the transformation is great, there’s better place to eat, better places to shop. There’s so much more culture added to it, I like it.

What your favorite Jersey City hangout spot? I love the City Diner.

Did you go to the Italian festival last week? Oh yeah, I went to that school when I was in grade school, it’s not open anymore, Holy Rosary. But yeah, I’ve been to that festival every year and when I was in like 5th or 6th grade that was the greatest thing in the world that was packed and everything. When I was in high school everything in Jersey City started going downhill and they almost lost having that festival, but not it’s great to see the transform back to like probably the best festival in Jersey City now. 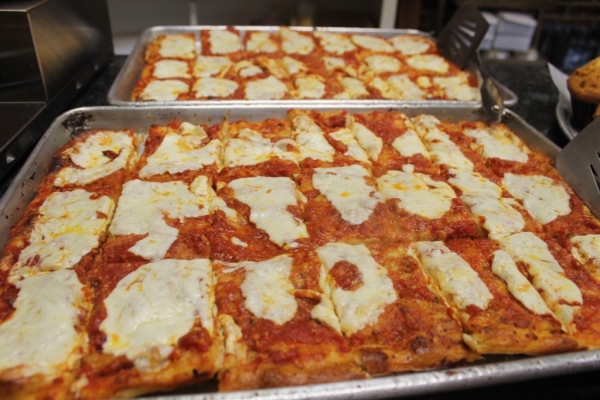 Can you say anything about the Italian culture in Jersey City like then and now? It’s still strong, I mean a lot of them did move away, I gotta say, but a lot of them come back to Jersey City for the festival. On my block, 2nd street, there were still people who were in their 80s that my mom knew, it’s still there but some people are just priced out of Jersey City, Downtown, I don’t know about other areas. Even in Greenville there’s a strong italian community, it’s still there.

Anything you’d like people to know about The Last American Guido? Yeah, it’s a really great film. It’s better than a lot of stuff you would see out there right now on FiOS or any kind of Video on Demand. It’s a really good Romantic-Comedy and it’s about being comfortable in your own skin and you’re gonna laugh every five minutes at least, I guarantee that. And there are strong performances; you’ll notice a lot of familiar faces, a lot of New York and New Jersey-based actors, people from the Sopranos.

For more information about this business and the many others like it on Central Avenue and in the Jersey City Heights, please visit www.JCHeights.com.