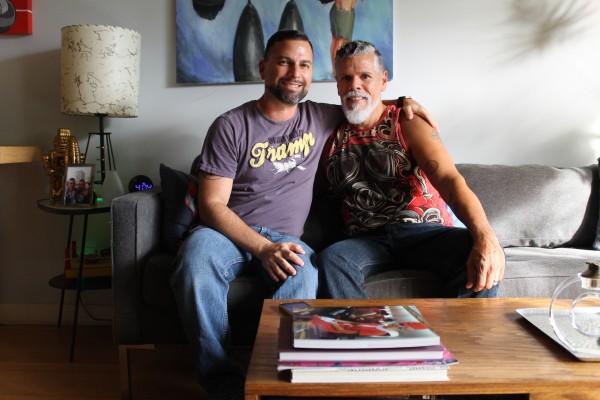 A few months ago, Eddie from Gayborhood tweeted at me to tell me how much he loved my Virile themed week. After looking into Gayborhood, and seeing all the amazing things Eddie has been involved in, I reached out and pitched the idea of doing an LGBT Pride theme week on Chicpeajc. We met at Downtown yogurt for some fro-yo and we instantly connected; two people who love our community. Naturally, I wanted to get the background story on Gayborhood. Eddie and his partner Erik invited me to their home to hang out! First of all, their appartment is tricked out with so many cool collections, retro toys, art and even cookie jars! They are such a loving couple it was really fun to get to know them. 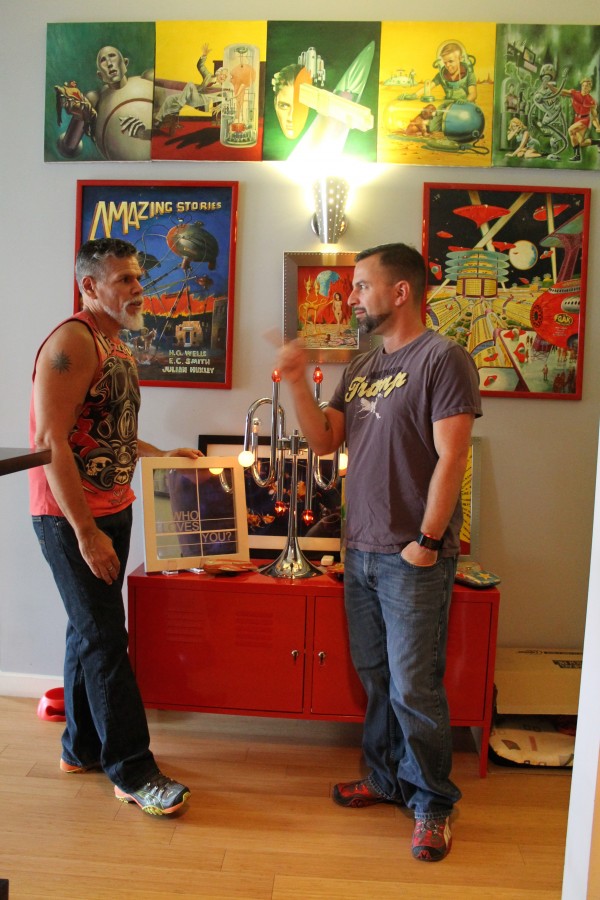 What are your names? Erik and Eddie.

How long have you guys been together?  (Erik) In March it will be 13 years.

How did you guys meet? (Erik) We met online, on a now defunct website called “Planet Out”.

(Eddie) That picture over there was on his profile. 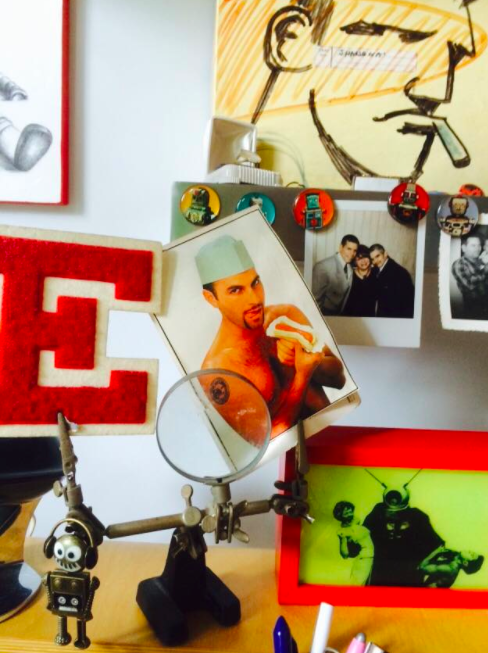 So funny!! (Erik) I have a really good friend who used to throw sex parties and he asked me one day to take my picture so they can use it for the party. I was like “sure”! This was 14 years ago.

(Eddie) So we talked for a couple of weeks and then had our first date at a Cuban Chinese restaurant on 14th street. He came walking up the street and he had a box with a hot dog in it! That was it, we haven’t been apart since. We got married last year on October 20th, 2013. We had planned a wedding in New York before Marriage Equality was legal in New Jersey and as luck would have it two days before we got married we heard Mayor Fulop would be marrying couples at City Hall on midnight that same night so….we got married twice in one day. 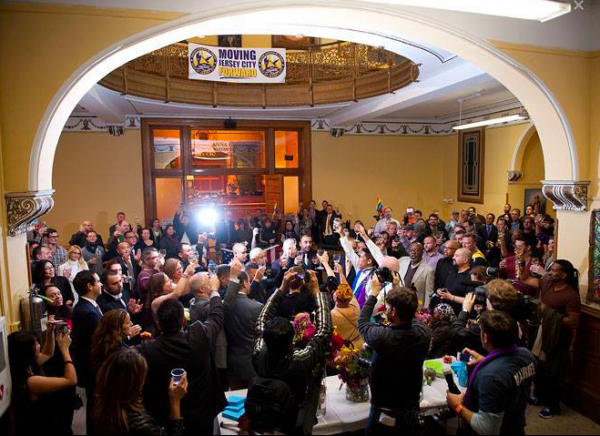 Once in New York and then again in New Jersey. Gayborhood was instrumental in getting the information out about the midnight weddings and that is when we became more than just a social group … 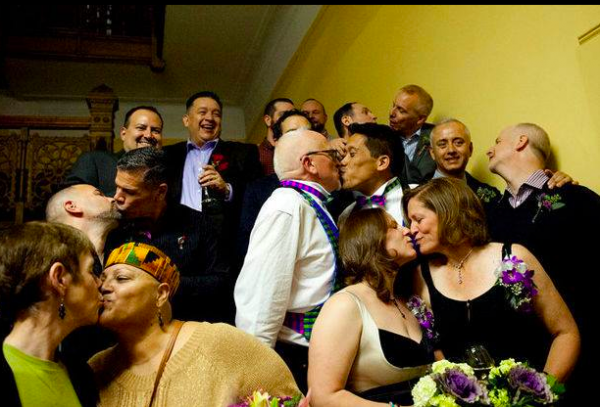 How did it feel to get married after being together for so long? (Erik) It felt good, because going back a few years we considered getting married in Canada and almost did but got cold feet. It felt really good, it renewed a lot of romanticism back into the relationship, and plus the whole historical perspective of being apart of what was happening. In 20-30 years we are going to look back and say “Remember that time….?” . 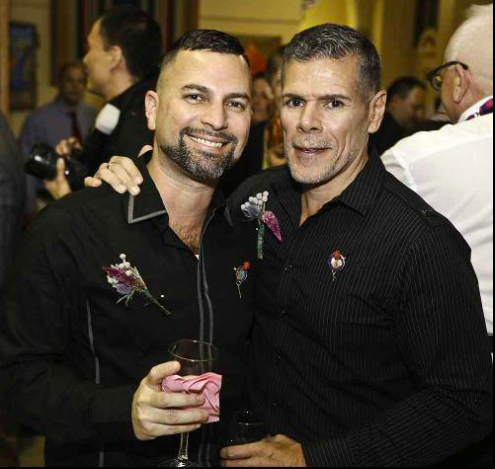 (Eddie) We did a very small wedding where none of our 7 guests knew that we were getting married. They thought they were just coming to meet us at a restaurant… we created an “internet” story. The Friday before the wedding we sent out an announcement and told everyone else we were finalists in a reality show and that on Sunday at 6:30pm they would get an email telling them to go onto a certain site and it would give them voting instructions for us to win… so like 300 people got it. When they went on we were actually at the restaurant telling them we were getting married. We put our whole wedding on Youtube!

(Erik) We decided to keep it intimate. 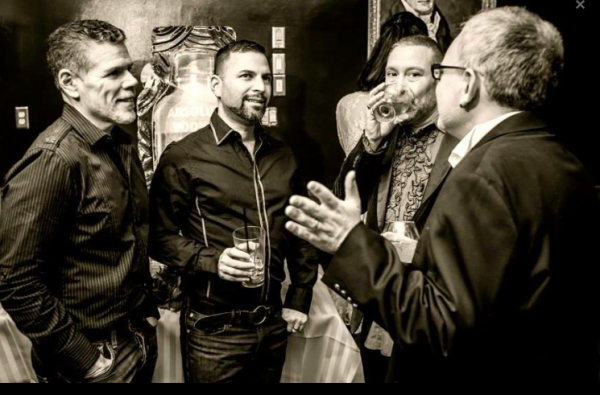 Weddings are stressful whether your gay or straight! It was stressful!

How did Gayborhood start? (Erik) Well that was my fault. We are both native New Yorkers and we lived in Manhattan most of our lives so we were used to everything being “Gay” more or less. When we came out here we wondered what the gay community here was like. I knew there was Pint here and the Cage in Hoboken…. The cage is now closed. Anyway, I realized we were going to be here for the long haul so my concept and idea was let’s make a Gayborhood group. It didn’t necessarily exist, and I figured if I put it out there people will see it and it will evolve. That was the initial concept.

What does Gayborhood do? (Eddie) When Erik was doing it, it was a social group, we would meet at Pint and Erik would give people name tags. 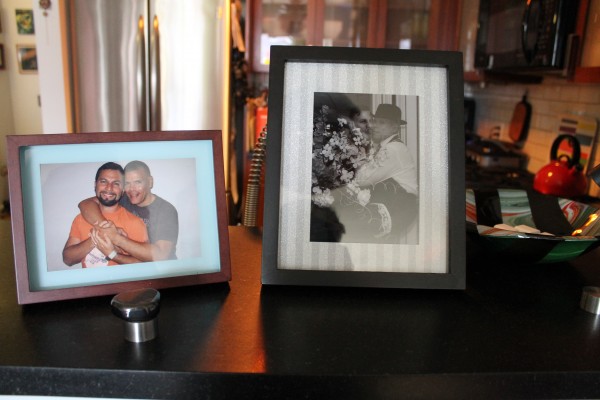 (Erik) We didn’t have an agenda. Pint was the only gay bar we knew and I was friendly with the owner, Wolfe and I approached him about it and he said ” Hey, why don’t we throw parties?”. I thought that was great, and it became a party. The theme was come meet your “Gaybors”.  The thing is I was pushing my own limits, because I am kind of shy, if you know me I tend to be quiet. I would be there, and I would have to be the host and it wasn’t comfortable for me! We ran it for about 2 years and then I realized it wasn’t that comfortable for me. So we focused on the online aspect where people can post things going on in the neighborhood.

This year is the year where Gayborhood goes from a virtual online group to one that can take a lead in the community, which is what Pride is all about for me this year, taking what was a virtual community and seeing if we could join forces with other community members and groups to create social action and more support for the Hudson Pride Connections Center. I was excited about being more out there.

(Erik) Eddie has really taken it and made it evolve into what it should be. 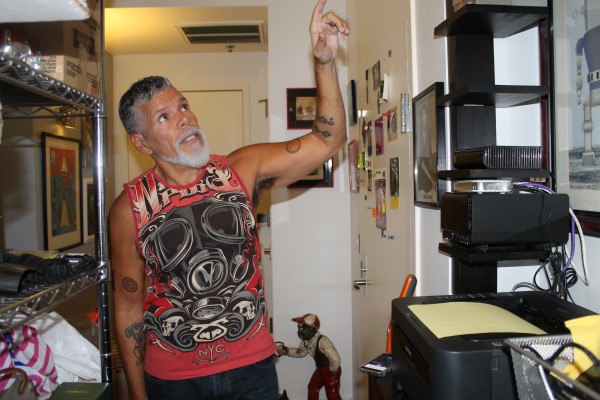 (Eddie) We’ve had the group 7 years now and this year we were asked by the Pride Planning Committee  to represent “Community” in the organizing and before I knew it they asked me to be co-chair. The amount of support from the community has been incredible!

What do you guys do to pay the rent? (Erik) I do tech support and work in Manhattan. I also make Lamps, I call it “Robolux Studios”. I got into that and it was a fun experience to have a creative outlet. 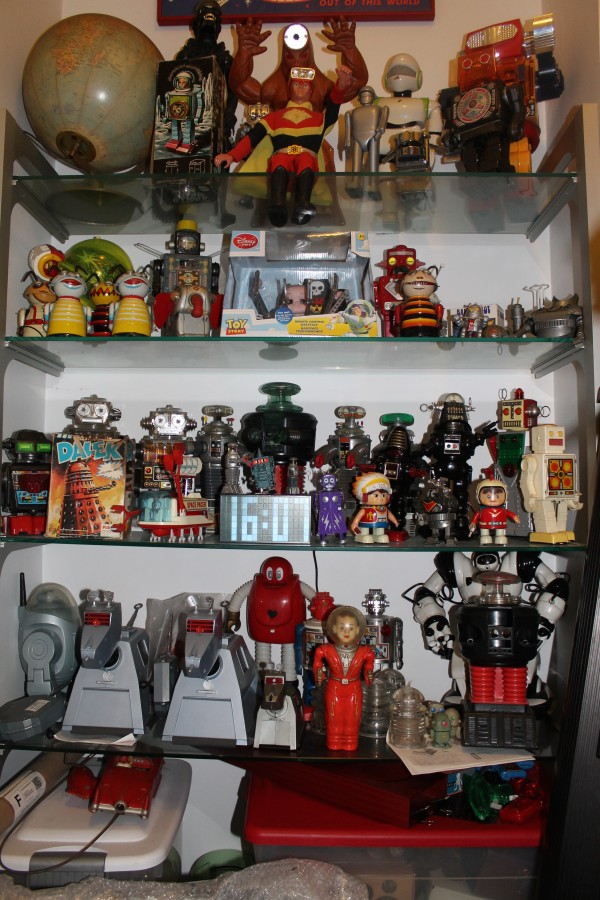 (Eddie) I was doing HIV work for about 23 years and as a pretty high level administrator at a Hospital I felt so disconnected from working with people I chose to leave that job and work for HIV prevention. Unfortunately I got laid off in May and decided I wanted to go into event planning… and just as I started I was approached to help out with Pride so in a way it makes a lot of sense for me. It was my area! I would get to plan events and it felt like the timing was right. I feel confident this is going to lead to something bigger. 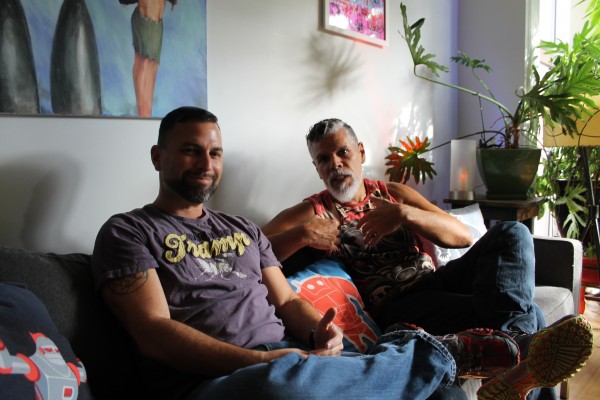 What is the future for Gayborhood? (Eddie) I would like to create more help for the Center. I also would like to be part of a growing scene. Making connections with people and business owners. To have the social side and political side grow.

(Erik) Also the way Jersey City is growing right now, it’s reaching a point where there’s going to be a big social explosion.

(Eddie) What we don’t have in Jersey City, we don’t really have a liaison to the mayor. We don’t have anyone officially appointed in the role to work with. I would really like to see for something like that to happen. It would be great if we could have a formalized LGBT Advisory Board like Essex County has. I am hoping this will be part of the movement that other people will join in.

What’s the secret to a happy relationship? (Erik) We get asked that a lot! One of our old friends told us to never go to bed angry which is great advice. My feeling is it’s all about chemistry, you need to find that right connection with somebody.  (Eddie) Knowing that someone has your back, my mom was sick last year and there were moments when it was just too much… to have someone that was there to comfort me was so important. It wasn’t overwhelming for him to see me like that. It seems simple but a lot of people don’t have that. We also give each other space! 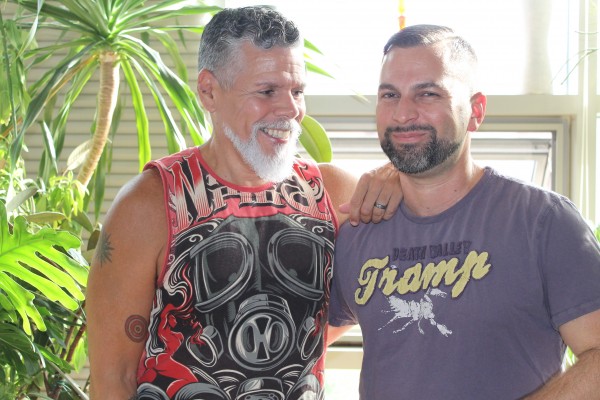